I tend to watch movies on an occasional basis, sporadically and usually with great gaps in between. Not so during awards season, where nominations and red carpets and thank you speeches are plenty many. This may seem like a practice in frivolity to most–I mean, come on, clearly just another big popularity contest set up by a bunch of the snobbish Hollywood-types, right?

I enjoy the Oscars because it’s a good time to check out movies I would never have normally picked up, even with actors I tend to love (mostly out of disinterest, or, you know, I’m not in the particular mood for a certain kind of movie). I mean, I’d never heard of Spike Jonze’s Her up until I watched it the other day, and my gosh, thank goodness I did! Sometimes they nominate movies I did enjoy in the past, and that’s something too.

So, as I’ve been doing for the previous years, I had set up an undertaking, where my friend and I listed a schedule of movie-watching twice or three times a week since nominations came out late January. The entire month of February, rain or shine or snow snow snow (which, to be honest, was quite fitting when we watched Frozen), we made sure our internet was okay, and we began our commentaries as we watched the movies.

We got through 17 before Oscar night, and sadly, I haven’t been able to watch Hayao Miyazaki’s Kaze Tachinu, which I’ve really wanted to see (but I certainly will at some point, you can count on it!). Seventeen is still pretty damn good, and suffice to say I’ve seen most–if not all–the major pictures. Interestingly enough, I actually enjoyed quite a number of them, so it wasn’t all in vain.

I’m not going to rehash my predictions and picks, which can be found HERE. But suffice to say I kind of agree with some of the trends (Cate Blanchett Cate Blanchett Cate Blanchett–sorry Magic Meryl I still love you!), am still on the fence on some, and would really love for the underdogs to win on others. I know the popular vote says Julia Roberts has no chance against Jennifer Lawrence or Lupita Nyong’o, but frankly, I enjoyed Julia’s performance the best in August: Osage County (she seriously made me want to eat the damn fish). Also, I know Matthew McConaughey will probably win the Best Actor for playing and looking the part of a historical homophobic AIDS man, but I would be much happier if Leonardo DiCaprio actually got his First. Damn. Oscar. 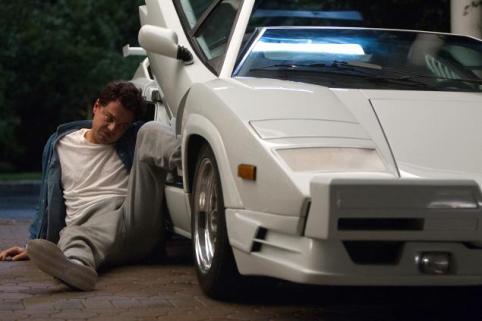 I mean, come on. Leo on quaaludes. Just saying.

Also, was I the only one who wasn’t as entertained by American Hustle? J-Law was awesome, as was Amy Adams (when is she never?), but eh, I didn’t find the movie as particularly riveting as, say, Captain Phillips (and WHY is Tom Hanks not even on the Best Actors list?). Likewise, I’m a little miffed that The Great Gatsby didn’t even get a nod for nomination in cinematography or makeup, and The Hunger Games: Catching Fire was also completely ignored for makeup as well (and they could have totally nominated the aforementioned movies for makeup and hairstyling, because there were TWO OPEN SPOTS, DAMMIT).

But more on the food later.

So I only purchased the first book to try out, and I kind of want the entire collection now so I kinda regret testing the waters, but I really don't need to blow more of my book budget when I'm doing a great enough job doing that on special editions. SO. I guess we're putting my library system to work! Already placed a request on books 4 and 5 since I'll probably get book 3 done today 🤣
Impromptu Little Ferry trip! Why not hit Cast Iron, Daiso, AND Tiger Sugar all on the same day?