Pardon my Utada Hikaru moment here (but I swear, every time I do something with apples and cinnamon, her song gets stuck in my head!). Anyway, I have a calendar of monthly recipes next to my desk, which is a bad thing because when I see something pretty, I tend to stare at it for a while. Much like I tend to stare at my Man of Steel calendar when I’m in my room. Last month, the picture was greatly tantalizing because, hey, Valentine’s-themed recipes, right? And what better way than to make heart-shaped phyllo tarts with raspberry and mascarpone cheese, and white chocolate covered strawberries, right?

Well, since it’s March, and I was not buying cheese on my almost nonexistent budget, and I still wanted to do something with phyllo dough, I decided on another recipe. 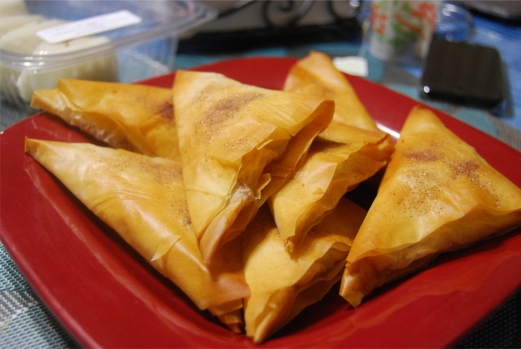 Gee, I had apples handy, so why not some Apple Bourekas? It seemed a fitting, healthy-ish baked snack to have while watching the three-hour-plus Oscars on a Sunday night, and I love apple desserts, so I tend to gravitate toward anything that consists of baking them. I also really liked the recipe because, again, between baking versus frying, the oven always wins. 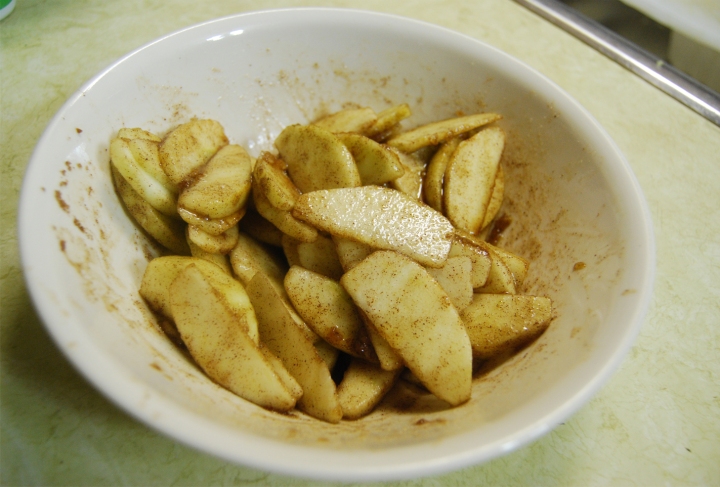 The apple mixture was easy enough. What the recipe called for were some of the sweeter apples like Fuji, Golden Delicious, etc. Personally, I always go for the more tart-y Granny Smith, because while it’s certainly sour eaten raw, it starts to sweeten up a bit when baked. And seriously, it makes for a delicious combo with cinnamon and sugar. 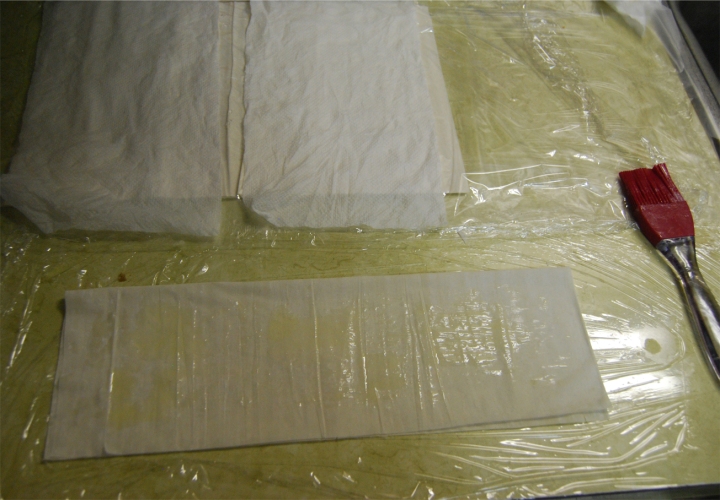 Playing with the phyllo dough itself was the harder and more tedious chore, to be honest. There was a brief instant where I thought “Oh, getting phyllo sheets might be expensive, maybe I’ll make these from scratch myself!” My sister could attest to this mad notion of mine, because she’d mostly raised her eyebrows and let me continue my mad ideas. That and I’d never really worked with phyllo dough, so always with the learning and the making, etc.

Yeah, no. I was not going to attempt making phyllo dough from scratch. Shit’s hard. Mine’s store-bought, so deal. 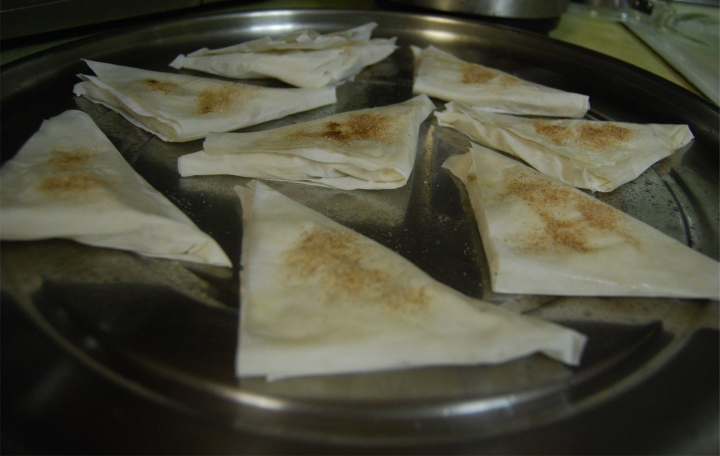 Working with the phyllo dough had to be done with great care. No, really. One abrupt move and there is a likelihood that you’ve torn a sheet. And even if you got that down pat, there will still be much scrambling around to keep the phyllo dough from hardening before the batch is put in the oven. Many damp paper towels sacrificed their lives for this endeavor. They will be missed, but their sacrifice was certainly not in vain.

Folding the dough with the apples inside also took a bit of brain activity. But it was nice to apply some form of geometry into this! 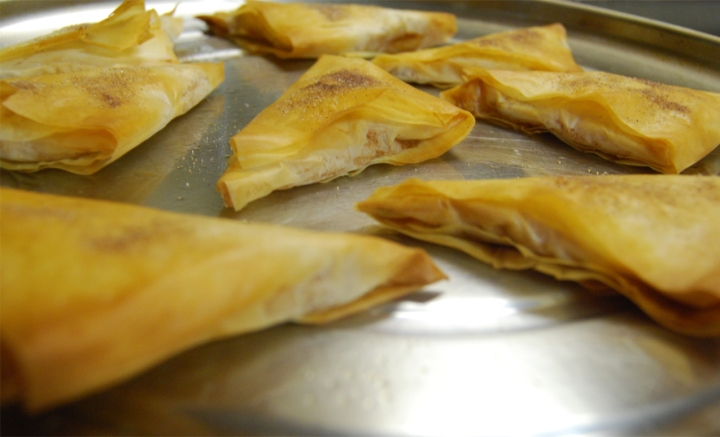 I made three batches, two on Saturday evening, one Sunday afternoon. None of the batches survived in time for Oscar night.

Verdict: I lessened the sugar content, but that didn’t really matter much, because the dessert was still delicious and sweet. Great warm, great cold, and phyllo dough is awesome!