I think I did a small rant about book covers to a friend the other day while I was picking out a book to send to my goddaughter (to my agony, the most current reissue of Song of the Lioness covers fall in my category of “ick” so I had to find a past paperback). While I do not necessarily judge a book by its cover, I do have issue with original–or, you know, relevant–book covers being changed to depict something that’s completely off-base to what the story is. Like adding male or female models to portray characters in the book because this might possibly appeal to the “younger audience.” To make matters worse, half the time these models just stand there with that pouty-eyed, broody look that tells me absolutely nothing about the story itself. I suppose it works for some young adult novels; for example, I actually liked the concept of the Matched trilogy covers, where each subsequent book shows a female (presumably the heroine, Cassia) trapped in her societal bubble who then proceeds to break out of said bubble in the sequels (Crossed and Reached, respectively). But on the other hand when all you’re doing is highlighting a damn love triangle in a book that has more to deal with than a heroine’s love life, then I get just a bit irritated.

The Woman Who Rides Like a Man by Tamora Pierce
I go back to one of my favorite YA fantasy series because it has clearly gone through several makeovers and reissues since the first book’s publication in 1986. I do want to throw particular emphasis on the third book, The Woman Who Rides Like a Man. The original issue has the heroine, Alanna, straddling a horse with a Middle Eastern-like backdrop. Okay, minus the ’80s vibe you get from the cover, it gives you a sense of where Alanna’s likely taken her adventure (to the Bazhir tribes of the south), and why she’s described as “riding like a man” (clearly she’s not side-saddling her steed, which is expected of a woman during the medieval era).

And this cover is reissued several times in a similar manner, with Alanna on her horse or leading her horse, or, you know, she’s somewhere in a Bazhir backdrop. I even have a particular favorite. There have been exceptions to this, of course, but none that greatly annoyed me as the horrid Atheneum reissue. Not only does it say nothing about what the story is, but now you have an image of Alanna, her two supposed love interests, and the title “The Woman Who Rides Like a Man” which may or may not lead to negative connotations when paired with this love triangle cover (hell, my mind went there so I wouldn’t be surprised if others saw the same thing I did).

Just no. Nope. Noping out of that one.

Now that the general ranting is over, I’m just going to briefly list the rest of the “trendy” changes in other books that I was not a fan of (and since I’m doing comparisons, I’m ending this already lengthy post at five books).

The later Snyder books seem to have gone down the path of YA-modelly covers, so no surprises that the Study series was going to get a similar makeover. While I was not a big fan of the original US covers, I did like the change that MIRA Books made to the adult version (Yelena half-obscured in a castle backdrop, seemingly to eavesdrop or hide…or maybe she’s supporting herself because she’s had a bit too much poison, something like that). It makes sense, because in the later covers, the scenery changes in accordance to where Yelena travels next. Not sure, then, why MIRA Books’ YA versions make no effort in providing a bit more info on the story itself like its adult counterparts do.

Mistborn by Brandon Sanderson
I don’t actually have as big an issue of this than I did the previous two covers. In all honesty, I have the latter versions in a boxed set and have no problem owning them. That said, I loved the original Tor issue much better for the vivid colors of an otherwise gloomy Final Empire. But that’s just me. 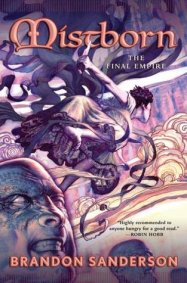 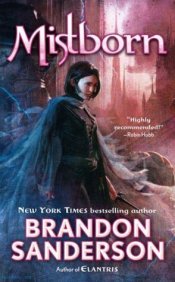 Blood and Chocolate by Annette Curtis Klause
This one does a bit of a reversal for me. I actually liked the YA take on Blood and Chocolate‘s original cover, a young woman on the verge of a transformation. The title is slightly enigmatic on the old cover, but one can take a guess that the book’s about werewolves, one of which happens to be female (dare I say of an alpha variety?). On the other hand, the reissue has a girl who looks like she’s being chased by a wolf. A little weird, considering the story itself focuses more on the girl (who is a werewolf) chasing the erm…human morsel.

The Secret Hour by Scott Westerfeld
Here’s one that got the “YA special,” and the sad part is the original edition makes for a typically stunning cover. I mean, honestly, it gave you a sense that time is being played with in the story, whereas the reissue cover gives about as much information as an undecorated door leading to a room filled with wibbly wobbly timey wimey stuff. I almost didn’t pick up the book at the library, but, you know, Scott Westerfeld. ‘Nuff said.

Since I'm staying later in the city today...dessert and pizza!
My @hellofresh photo dump! I really like that there's an assortment of recipes. Last week gave me a chicken fajita bowl, pork tacos, baked chicken, and beef flautas. Yum yum!