Oh boy. Listing top ten TV shows is almost as bad as trying to figure out my top ten books of all time. I watch too much TV (and movies, for that matter), and it’s so much easier to binge-watch things with all these video-streaming channels available at my fingertips.

Rather than hash out my favorite shows of all time (because, as I said, there are a lot of them), I’ll go with: 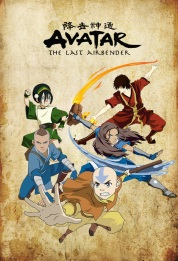 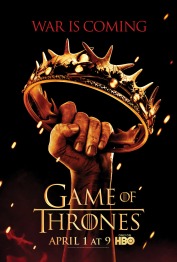 Pushing Daisies – This goes on both my favorite shows of all time and what I binge-watched last March. I don’t even know where to begin singing praises for this show, because I adored everything about it, from the love story, to the characters, to the cleverly placed puns, to the popping and colorful visuals. It was the saddest feeling to see this show get cancelled.

Doctor Who – This was probably my gateway drug into sci-fi–and British–shows, and it seriously took a friend of mine a good year to convince me to watch it. Eccleston was my first Doctor, but the show cemented itself for me at David Tennant (well, maybe a few episodes before that when Jack Harkness strolled into my life…). I’m way excited about Peter Capaldi stepping in as the most recent regeneration.

Avatar: The Last Airbender – Hands down one of the best animated shows in the Western world. I haven’t technically watched the show in a while, but I did just finish its sequel, The Legend of Korra. While Korra kind of pales in comparison to The Last Airbender (Zuko<3), there is no denying the fact that the animation is breathtakingly beautiful. The last half of LoK’s second season was intense, and I’m hearing raving about season 3 so far, which is terrific.

Game of Thrones – This show, I cannot even–yeah. I am so, so, so glad that HBO picked this up and did the adaptation so well, because it tells me that adapting fantasy books for TV is possible. Not that this is the first adapted fantasy by any means. But goodness, it’s certainly returned adult high fantasy on the TV map. 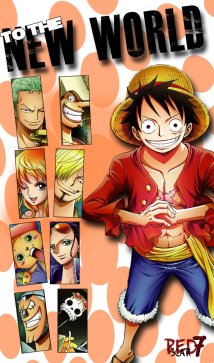 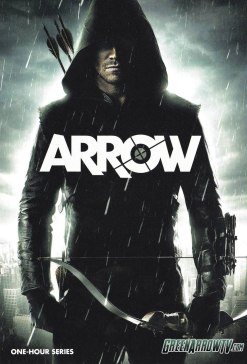 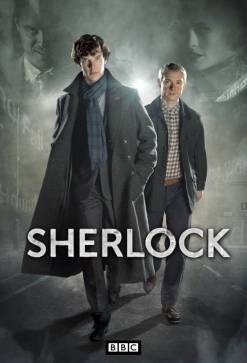 One Piece – I could probably fill an entire TV watchlist just on anime alone, but I won’t. This has been the only anime I’ve been watching lately (well, lie, I’ve started Attack on Titan and am five episodes away from finishing Fullmetal Alchemist: Brotherhood), and definitely my favorite of the shonen anime. I watch this with family, too, so I think that makes the experience extra awesome.

Arrow – I’ve always been pleasantly surprised at how well the CW managed to bring Green Arrow out of the page and onto the screen, and without the introduction of superpowers either! There are some characters that drive me up the wall for their extreme melodrama, but Team Arrow more than make up for those shortcomings. Plus, omg I cannot wait for the upcoming Flash spinoff as well.

Sherlock – The modern take on Sherlock is refreshing, but I’ve listed this as a favorite because Benedict Cumberbatch and Martin Freeman just work absolutely well as Sherlock and Watson. Oh, and Mark Gatiss and Steven Moffat need to stop being TROLLS about this. Moriarty my ass. 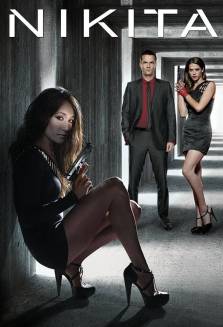 The Tudors – Okay, I haven’t watched this lately, but I started The White Queen just recently, and my mind went back to how awesomely done The Tudors had been. Natalie Dormir as Ann Boleyn was just phenomenal. Also, Jonathan Rhys Meyers. Also also, Henry Frelling Cavill. Yeah.

White Collar – You can learn a lot about conning and art forgeries with Neil Caffrey around. I love this show because it’s light and serious and Matt Bomer is beautiful. No, seriously. I’ve seen people play pool in movies and shows, but none as sexily and elegantly as Bomer’s Neil Caffrey.

Nikita – I’m actually relieved the CW ended this show when it did, because anything more and it would have dragged out into a world of Nope. Thankfully, the short final season channeled all the badassery of season one. Also, Maggie Q as Nikita? What could be better than that? (Well, Shane West co-starring as Michael, I suppose…).

Honorable Mentions: The Big Bang Theory, Farscape, The IT Crowd, The Walking Dead, The Good Wife, Mad Men, Ripper Street, Grimm, and Castle (if I pretend that the last episode of season 6 didn’t happen)

I have so much research to do this weekend but FIRST, let me soak in the fact I'm mostly recovered from the 'vid and it's now summer break and Fire Emblem Three Hopes just came out so we all know what I'm doing when I'm not at the waterfront 😂
Another year done! Until the next!