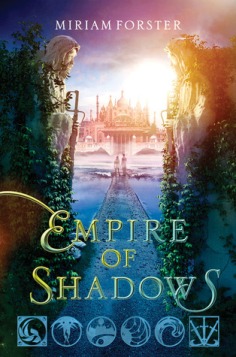 I notice that for every book I finish, I tend to add a couple more on my to-reads list. I almost half-regret tuning into Tea Time while I decorated my new classroom (yay teaching job whooooo!), because now I have books I want to read that aren’t coming out for a while yet!

For those wondering, Tea Time is hosted by two lovely ladies on Epic Reads where they talk about books while they drink their tea. You can check this week’s Tea Time here. And then, when you’re done, you can join me by adding more books to your list for the upcoming season *cough*.

This week on Tea Time Rewind deals with ARCs (or advanced reader copies). Which means new books. Which means quite a bit of  a wait (between October to January…February?). But they do look interesting, so here’s more added books to my TBR. 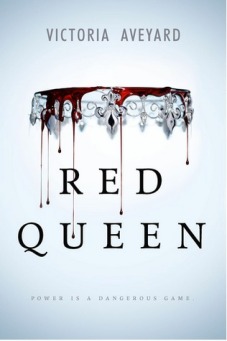 Goodreads: Mare Barrow’s world is divided by blood—those with red and those with silver. Mare and her family are lowly Reds, destined to serve the Silver elite whose supernatural abilities make them nearly gods. Mare steals what she can to help her family survive, but when her best friend is conscripted into the army she gambles everything to win his freedom. A twist of fate leads her to the royal palace itself, where, in front of the king and all his nobles, she discovers a power of her own—an ability she didn’t know she had. Except…her blood is Red.

Not gonna lie, I think that cover looks pretty damn cool. At first I thought it was a teen historical fiction, then I read the summary. Then I heard the comparisons to both Avatar: The Last Airbender/The Legend of Korra, and Graceling, and admittedly, I just went: “MUST. READ.” We’ll have to see how this pans out, obviously, but Red Queen is something on my TBR for a reason.

Empire of Shadows by Miriam Forster 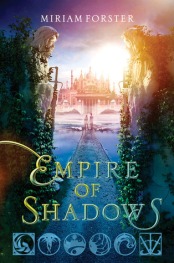 Goodreads: Cast out of her family three years ago, Mara turned to the only place that would take her—a school where students train to protect others. But Mara is stunned when guarding a noble girl in the Empire’s capital turns out to be more dangerous than she could’ve imagined. More shocking still, she finds the boy she thought she had lost forever outside the gates of her new home.

This is apparently the second book taking place in the Bhinian Empire. It is not, however, a direct sequel to City of a Thousand Dolls. Empire of Shadows is a companion novel, so I’m actually not as obligated to read the first book to want to read this one. That said, I’d still probably read City of a Thousand Dolls because the title alone sounds too cool to pass up.

The Fall by Bethany Griffin 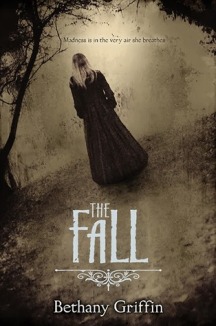 Goodreads: She has spent her life fighting fate, and she thought she was succeeding. Until she woke up in a coffin.

Ushers die young. Ushers are cursed. Ushers can never leave their house, a house that haunts and is haunted, a house that almost seems to have a mind of its own. Madeline’s life—revealed through short bursts of memory—has hinged around her desperate plan to escape, to save herself and her brother. Her only chance lies in destroying the house.

Sounds creepy and way out of my comfort zone, but hey, here’s a good time to read something new! (Well that and I really need to get out of fantasy once in a while.) The Fall seems to be a play on Poe’s “The Fall of the House of Usher,” which oddly enough, is probably why I’m interested in reading this.

Other books mentioned in the Tea Time session that I added on my list to read are: City of a Thousand Dolls, Asylum, and Sanctum (which comes out next week, actually). I might also try the scifi-oriented books, but they’re not on the high priority list.

To get a more comprehensive list of what the other ARCs are, go here.