I kind of want to go to a lot of real places, and I don’t think that’s due to books at all. Too bad I don’t have much of a budget for travel (yet). In any case, I also have fictional places I also want to visit due to books, so I’ll do a focus on that as this week’s Top Ten Tuesday.

Top Ten Fictional Places Books Have Made Me Want to Visit

Hogwarts (Harry Potter series by J.K. Rowling) – Totally a given. What fantasy reader doesn’t want to be a part of Hogwarts at one point or other? I, for one, am definitely one of those people who’s gotten herself sorted on several Hogwarts-related sites, including Pottermore. And every time the Hat’s been saying Raaaaavenclaw!

Tortall (Tortallan series by Tamora Pierce) – I’d absolutely love to live in Tortall, preferably during the time Jonathan and Thayet reigned the land. Jon and Thayet are nothing if not progressive leaders during a medieval era, and the characters that populate Tortall during their reign are absolutely fabulous! Of course, I wouldn’t mind being a knight during Beka Cooper’s time either, but I’d totally be more interested in meeting the Yamani than anything else.

Tri-Cities (Mercy Thompson series by Patricia Briggs) – Okay, so the Tri-Cities does exist, but I would love to visit the area when it’s running amuck with supernatural creatures. Like the Columbia Basin werewolves and walkers and fae. I might be wary about the vampires, but hey, you win some, you lose some. 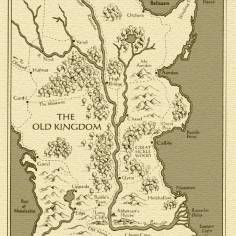 Looking Glass Land (Through the Looking Glass by Lewis Carroll) – Well, I’d totally want to visit both Wonderland and Looking-Glass Land. But between the two, I chose the area that is practically a ginormous chess set. There’s something beautiful about competing armies in an expanse of square-ish countrysides and perpendicular bushes…

The Old Kingdom (Abhorsen series by Garth Nix) – In light of the Clariel launch I’m intent on attending tomorrow, I was definitely adding the Old Kingdom as a place I’d like to visit. Charter Magic has always been ever so fascinating, and I’d love to meet the Clayr at some point. Also, if I ever want a break from magic (*snort* highly unlikely), there’s always the matter of going south to Ancelstierre.

Ankh-Morpork (Discworld series by Terry Pratchett) – This city is so full of city-ness that I would hardly pass up the opportunity to go here if I could. I would probably be like the tourist from the Counterweight Continent, lugging around my magical box of thingymabobs and whatnot. I’d also definitely want to meet the Patrician (though I suppose I should tread lightly, lest I’ll be shown The Door).

The other places I picked below are not so much “books” but stories with places I sorely want to visit. Technically, though, there are books, novelizations, or graphic novels about the stories that I couldn’t exactly discount them as book places. 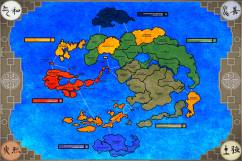 Palaven (Mass Effect series from Bioware) – If I had a ship, I’d travel the full expanse of the Mass Effect galaxy. But if I had to choose just the one place, I’d definitely go to Palaven, the Turian home planet. The turians have been my favorite species in the ME trilogy, and I was only slightly disappointed that the games never really let you land on the planet (the closest one got was Palaven’s moon).

Metropolis (DC Universe from DC Comics) – As an overall DC Comics fan, is this really so surprising? I’d love to work at The Daily Planet, and not because that’s where Clark Kent works (though I suppose that’s a big bonus…). Of course, it wouldn’t hurt to be meta-human as well, but that’s just pushing it, I guess…

Fire Nation (Avatar: The Last Airbender from Nickelodeon) – Preferably after the Hundred Year War. I always saw the Fire Nation as the most progressive nation of the four nations in the AtLA series. Ozai may have preferred to have his wife be obedient to his whims, but that’s mostly because he was just a dick to begin with. That said, girls had every opportunity to study at academies in the same manner boys did (some even surpassed the skill of adult males–e.g. Azula, Ty Lee, Mei). I wouldn’t mind being a member of the Fire Nation once Ozai gets his just desserts.

Gallifrey (Doctor Who series from BBC) – Not that this is possible even in the series currently, but I’d go to Gallifrey in a heartbeat, given the choice. It’s just so…pretty. And and and…Time Lords. Yep. What more reason do I need?

There are probably more places I’d want to visit book-wise, but if I kept going I’d never stop…

Homework and lesson planning done! Rewarding myself on this GORGEOUS day with time at the waterfront!
I've been running on no caffeine and no sugar today, but somebody answered my cries of help by giving me this MOST GLORIOUS cupcake. 😭😭😭🤤🤤