It’s only taken this long to do something One Piece-related, yeah? Anyway, I should probably be avoiding the Internet because of the guilty feeling I should be harboring for finally deciding on not doing NaNoWriMo this year, but I’m not. Because I did end up baking, and that’s hella-productive enough on a Halloween weekend. 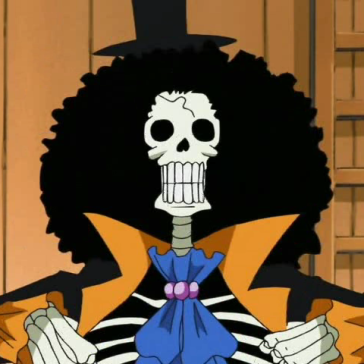 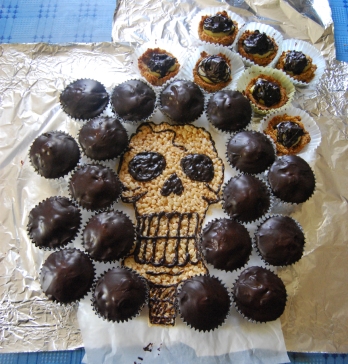 My brother’s birthday is the day before Halloween, and with my sister and me working on his cake, it was bound to be more artistic than usual. Well, that was the plan anyway. In any case, since I wasn’t doing the “decorating” portion, I decided I’d actually make the cake from scratch, so I turned once again to the Brown Eyed Baker’s blog for some good cupcake recipes that involved a chocolate topping. I found an interesting take on Boston Cream Donuts, rendered into cupcakes instead. 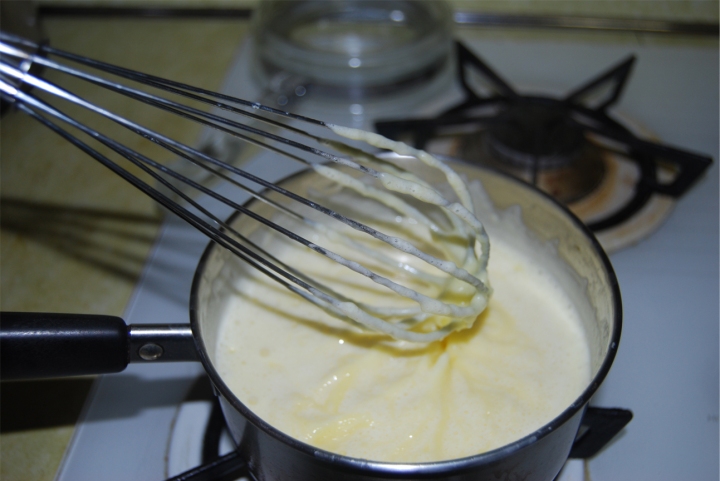 Which led me to doing a custard cream for the first time. I was mostly worried that I’d overcook the eggs and heavy cream on the stove, so I practically hovered over the simmering pot just to take it out of the fire as soon as it was thick and custardy. To be honest, I didn’t have to worry too much, because by the time I put it in the fridge and waited the few hours, it solidified into an actual custard consistency. I tasted it, too, and was reminded of those egg custards my sister and I loved from the NYC Chinatown. 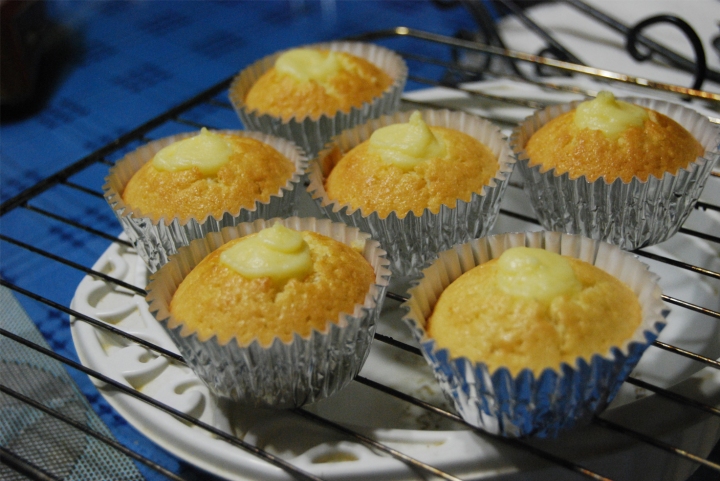 In hindsight, I probably should have made bigger holes inside the cupcakes so as to fill the cupcakes with more custard cream, since I ended up with a lot of leftover cream (as well as chocolate). That said, once I gathered the leftover stuff, I quickly baked graham cracker crust and put the leftover custard plus the chocolate (dark chocolate baking bar from Jacques Torres) on top. That ended up being the hat for my sister and my arranged creation. 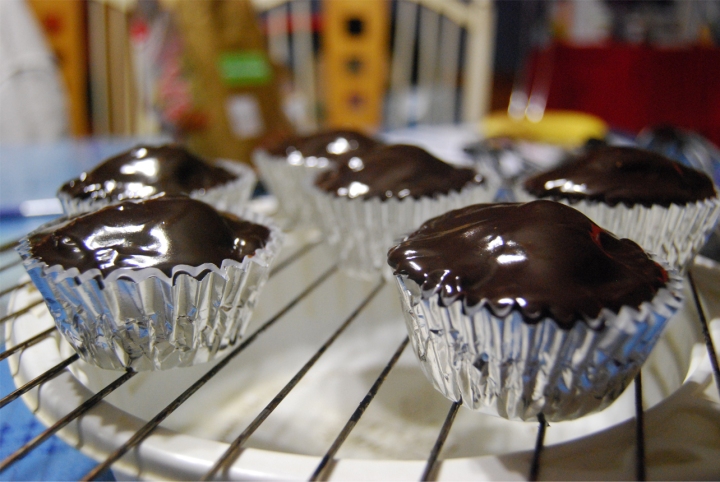 The cupcakes didn’t come out as flat as I’d hoped. I’m blaming the oven, because I swear I managed to have flat cupcakes when I was baking at my friend’s. Nevermind. I just used a wooden spoon to “gently” pat the tops of the cupcakes down. And by gently, I mean smacking them a bit until they were remotely flatter than a rising volcano.

As for the cupcake arranging…

I haven’t watched much anime lately, but I think that’s mostly due to the fact that reading subtitles isn’t very feasible when you’re multitasking like nobody’s business. That said, there’s one anime that my siblings and cousin have been watching and catching up to, and that’s certainly One Piece. It’s a favorite in the household (much like the Avatar: The Last Airbender series is), and when my sister and I thought about a birthday cake for my brother this year, we knew we wanted to do something that said Halloween as much as it said One Piece. So we went with the singular character that epitomized both the anime and the Halloween season: Brook. Brook is also a prolific musician, a trait similar to my brother, so I thought it was a perfect cake to make! 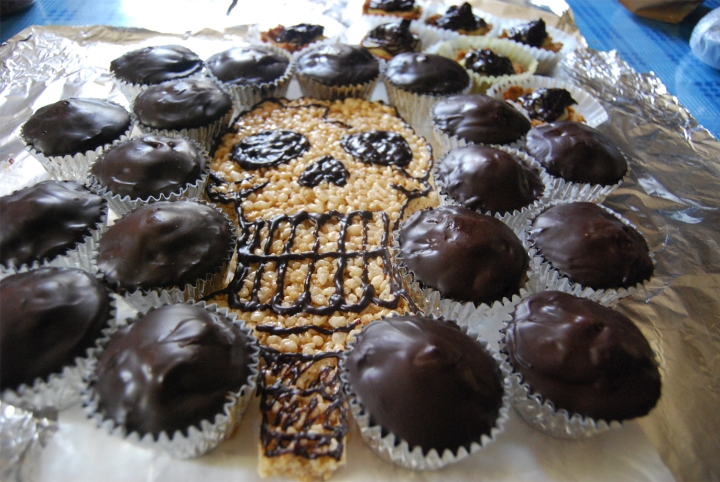 Officially, this wasn’t how we both envisioned things, but I thought it came out great! My sister got the Rice Krispies duty, so she formed some and used the leftover chocolate to style the rice krispies treat into Brook’s skeletal face. Needless to say we have a lot of leftover rice krispies treats, but those things are so delicious we kept them in the fridge for later snacking purposes!

Verdict: The Boston Cream Cupcakes were delicious warm and cold. The chocolate glaze hardened like ganache, so the top didn’t break apart into shingles when biting into the cupcake. The custard was definitely the highlight of the entire thing, but I wouldn’t sell the chocolate glaze short, either. I loved the combo, and frankly, I thought this tasted like a much better version of a Boston Cream Donut. So there’s that.

4 thoughts on “Food and Fandom: One Piece”