In an Ideal World I’d reread all of Tamora Pierce’s series until I get tired of them (which will probably be never). In an Ideal World I’d probably reread all the books and manga and series I love and really like and even the books that I started and found out were series and want to continue but haven’t done so in years. Unfortunately, unless somebody can send me a Time Turner for every-day use or can find a way to lessen my workload, this isn’t happening.

But there are occasions where I will want to reread books even though I have so many that I haven’t already read, because hey, nostalgia hits and I really need my fix of that particular world or story. So here are books/series I intend to go back to at some point in the near future: 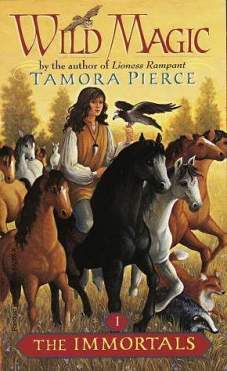 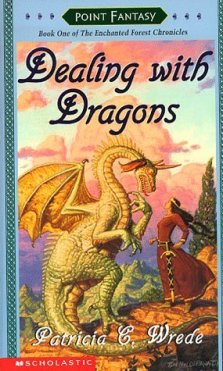 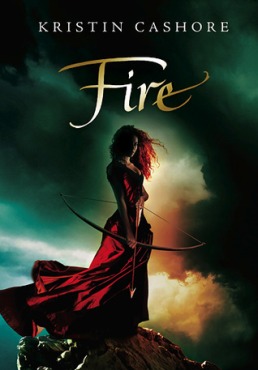 Wild Magic by Tamora Pierce – Yeah. Inevitable. I’ve already reread The Song of the Lioness Quartet so many times that I figure I can give my poor paperback copies a rest and go reread this series instead. I will always want my Tortallan fix, so this one’s as good as reading about Alanna!

Dealing with Dragons by Patricia C. Wrede – It’s been so darn long since I’ve read the Enchanted Forest Chronicles that I really do feel I need to reread this, if only to remember why I loved the second book so much and why I really can’t remember the first.

Fire by Kristin Cashore – After reading Bitterblue, I really wanted to reread about Lady Fire and the Dells. The world there was fabulous, and I miss reading about Fire’s romantic interest. 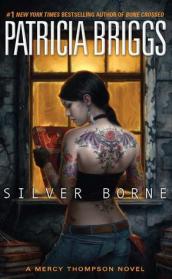 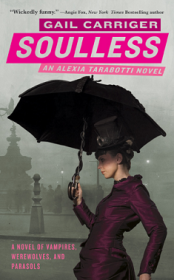 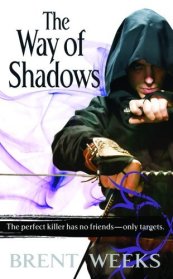 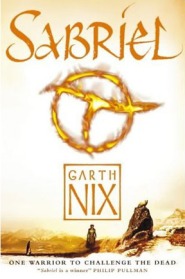 Silver Borne by Patricia Briggs – Let’s be honest here. I’ve probably reread a majority of this book already, and I’ve mostly reread the other Mercy Thompson books over and over. But a full reread is totally in the works, as this one’s my particular favorite of the series.

Soulless by Gail Carriger – I finally got myself a copy! And I’ve been meaning to delve back into Alexia’s timeline as opposed to Sophronia’s Finishing School timeline. It might also be good reason since I intend to continue reading the rest of the Parasol Protectorate series.

The Way of Shadows by Brent Weeks – I also purchased this book along with its two sequels, and I remember loving the book. I will want to reread it before finishing the series.

Sabriel by Garth Nix – I’ve reread Sabriel twice, I think. Once just because, and a second time because I wanted to read Lirael and Abhorsen. Now that Clariel‘s out, I’m going to want to reread the entire Old Kingdom series before I start Clariel. 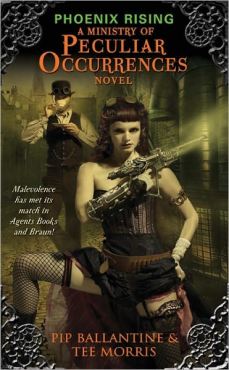 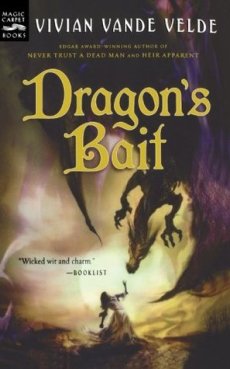 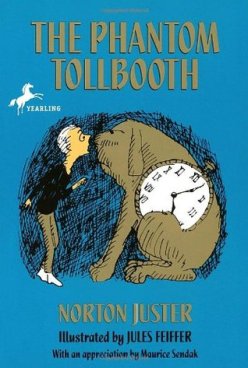 Phoenix Rising by Pip Ballantine and Tee Morris – There are more books after this, and I might do a skim-read of the first one just to remember the events that happened. It was also a really fun book, so I would never mind picking this up again.

Dragon’s Bait by Vivian Vande Velde – I was a kid when I read this, and I do feel like I need to read this again, because I loved it back then.

The Phantom Tollbooth by Norton Juster – I was also a kid when I read this, and I remember enjoying it. The sad thing is I really don’t know why, because I can’t remember the story. So this one’s clearly for the need to recap.

6 thoughts on “TTT: Books to Re-Read”