In light of awards season coming upon us (and the fact that my friend and I have just started our Oscar-nomination watching spree), I thought I’d go take a look at the books I loved that got turned into movies I also loved. I watch a lot of movies, a number of which were based on books of the same–or similar–names. Normally this makes me wary, because hey, I’m usually of the mind that the books are better. That said, there are movie adaptations that I thoroughly enjoyed seeing, almost as much as–if not more than–the books themselves. 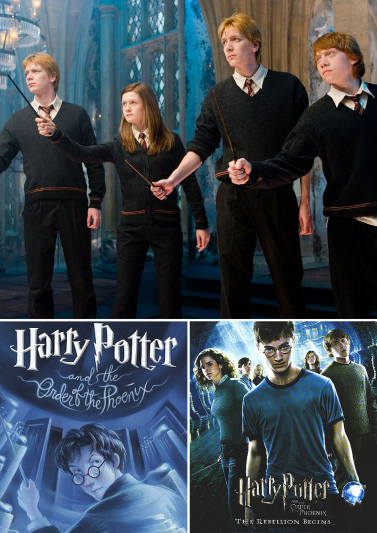 The Harry Potter film franchise has its up and down moments for me, and while the first two movies were certainly gateway drugs into the wizarding world, I’d have to say that it was the fifth film in the series that cemented the movie adaptations for me. I loved The Order of the Phoenix almost as much as I loved The Prisoner of Azkaban book (which, IMO, was my least favorite of the movie adaptations, unfortunately), and the film certainly delivered. Dolores Umbridge was every bit as Dolores as I thought she would be, and that scene in the Department of Mysteries? So. Epic.

I still maintain that Catching Fire was one of the most enjoyable sequel books I’ve read in trilogies. So I was apprehensive over seeing the film version of it because heck, I didn’t want the movies to get the characters–and the scenery–all wrong. The added cast of characters was surprisingly impressive, though, and I loved loved loved the fashion. It also helped that J-Law’s portrayal of Katniss is so spot on, and, dare I say it, actually more likable. Also, thank heavens for Sam Claflin.

Shameless confession: It took me several years to realize that Howl’s Moving Castle was a book first and an inspired movie second. This horrific realization prompted me to pick up Diana Wynne Jones’ copy, and after finally having read the story, the world was a much better place. Hayao Miyazaki’s vision and trademark themes obviously changed the story of Jones’ Sophie and Howl and Calcifer, but I love both the book and movie in equal amounts.

Of the required classical lit reading I’ve had to undertake in high school, To Kill a Mockingbird was probably one of the few enjoyable reads. It probably helped that we watched Gregory Peck on the rickety VHS player in the classroom soon after having finished the novel, and Peck thundering on as Atticus in the courtroom scene was everything I could have hoped for after reading that portion of the book (that is, funnily enough, also my favorite passage in the book). Peck is THE ultimate Atticus Finch. 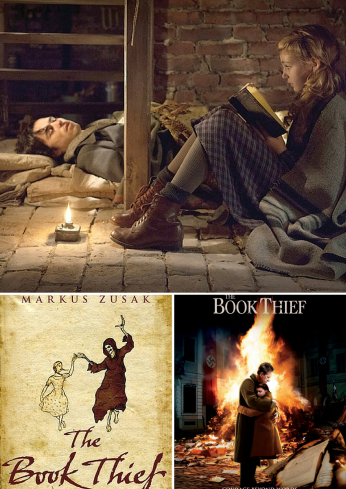 I must have read the book and watched the movie a few months apart, which is pretty much the shortest time span I’ve gone through between reading the book and watching the adaptation. I cried both times. Yeah. The Book Thief was clearly a winner for book-to-movie adaptations. 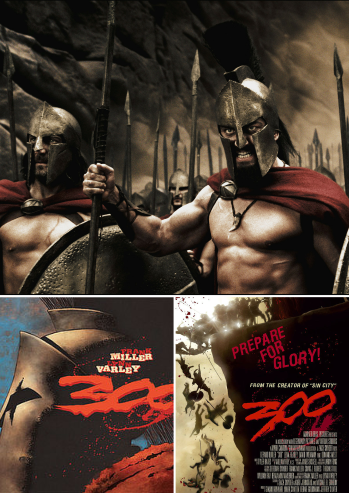 THIS. IS. SPARTAAAAAA. Yeah, the 300 movie took great liberties in adapting Frank Miller’s graphic novel to screen, but the visuals were fantastic, and the fact that Queen Gorgo kicked ass in her own way made the film enjoyable to watch. Not that the Spartan six-packs weren’t enjoyable or anything…hem hem.

I was sorely tempted to put in the entire 6-hour series of Pride and Prejudice and count that as a long movie, but I decided to include my second favorite Austen adaptation: Emma. The Gwyneth Paltrow version has a special place in my heart, even though I’ve grown a bit partial to the 2009 mini-series starring Romola Garai. Still, I thought the movie was well done, and made me like Emma almost as much as I liked her in the book.

Stardust the book and Stardust the movie are pretty much two different stories taking place in the same world. I think that’s probably the best way to describe them, because there are certainly elements in the film that completely stray from the book, and yet Gaiman himself didn’t seem to have a huge problem with this. I didn’t, either. I treated the book and movie as running in parallel universes with the same characters and world. And, obviously, I enjoyed them both. 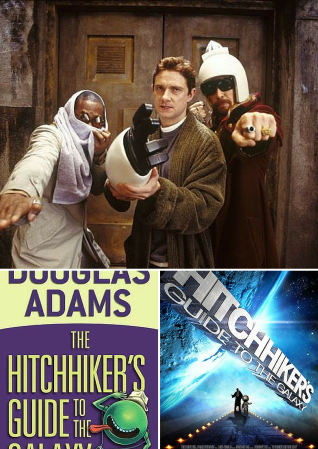 I’m probably part of the minority that enjoyed the movie adaptation almost as much as I did the book, though admittedly Alan Rickman and Martin Freeman had a hand in that. I loved The Hitchhiker’s Guide to the Galaxy, and while the movie couldn’t completely capture Douglas Adams’ full scope of book-humor, it had its glorified moments. 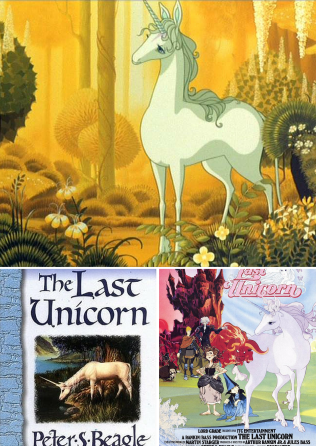 I might have seen The Last Unicorn movie for the umpteenth time just recently, and I still love it to pieces. This was another one where I watched the movie when I was much younger, then realized it had been based off of a book, which I then read several years later. Weirdly enough, the movie adaptation was almost spot on (minus the singing, of course…).

Since I'm staying later in the city today...dessert and pizza!
My @hellofresh photo dump! I really like that there's an assortment of recipes. Last week gave me a chicken fajita bowl, pork tacos, baked chicken, and beef flautas. Yum yum!