This post is going to be a quickie, because as of right now, I’m frolicking in Germany and my priority concern is finding the proper buses to take me places.

So that’s how I’m spending my Fourth of July.

But that doesn’t mean I can’t make Fourth of July desserts beforehand! 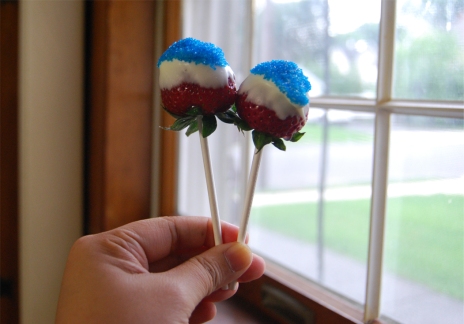 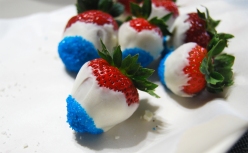 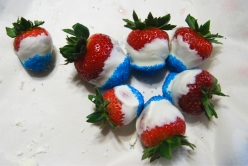 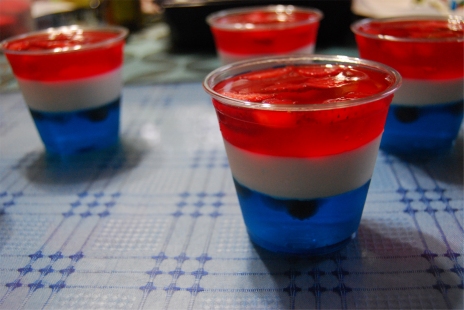 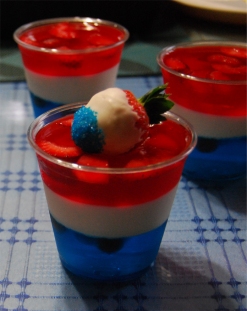 I initially wanted to make cookies with a red-white-blue motif, but my sister already baked cookies the day before. So I decided on a different–and ultimately simpler–route: JELLO!

I changed the recipe a bit because I didn’t want to put too much sour cream on the mixture. In hindsight, I shouldn’t have followed the sour cream portion of the recipe. Many other recipes use condensed milk, which seems soooo much better. Also, I used a Jolly Rancher jello for the blue portion and was NOT altogether happy with how long I had to wait for the jello to set. It took all of 30-45 minutes for the Jell-O to set, and a good 30 minutes for the unflavored jello to set.

My cousin has also been ogling chocolate-covered strawberries, so why not douse the leftover strawberries in white chocolate and put sparkly blue sprinkles at the bottom? Super-yum!

Recipe for chocolate covered strawberries: Oh come on. Temper that white chocolate and dunk away! (Clearly the blue sugar crystals are optional, but I had some handy, so there!)

So for the U.S. folk online: Happy Fourth of July!

3 thoughts on “A Triple Trifle”