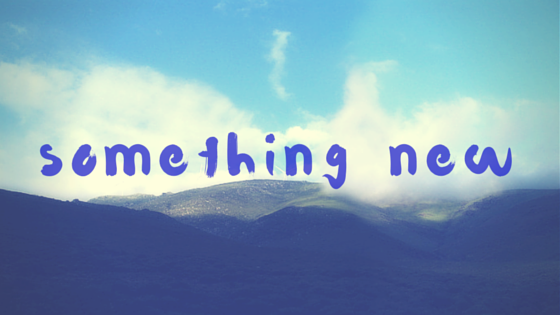 Elias beamed at the stage.

He’d known that his latest student had been a promising young man, ever curious, ever innovative. It had taken Elias years to petition the right people just to test the boy’s aptitude. Money had exchanged hands, favors called upon, articles of lineage forged…honestly, the amount of work just for a simpering goose watcher raised on the outskirts of the kingdom. Elias even had to bribe the damn soothsayer to keep her mouth shut, and he hated the woman for her smug outlook in life and her string of ominous fortunes.

But it was all worth it, because Elias knew how to pick them.

Every one of Elias’ students had been worth every effort, but none more so than the young man speaking on the stage that very moment, whose eyes lit up with delight upon his topic of discussion, whose animated words captivated his audience.

Elias let his mind wander, his eyes leaving the stage to look at Niel’s riveted audience. He had heard the lecture many times already, having coached Niel through it several days before. In truth, it was Elias who should have been up there to present his findings to the Academy, for he was a professor of magical research. His team had consisted of Niel and two other Whispers, and they’d spent a great part of the year trying to classify the types of wind magic that could be mustered by the peoples of the kingdom. There was quite a bit, and Elias was certainly finding himself a quick study in the matter.

Of course, Niel had become a major contributor, and Elias wanted to reward him by having the boy present their findings to the Academy.

With luck, his young student will be raised to a higher position after this, Elias thought. No amount of pride could be had for that.

Yes, Elias was proud. He knew how to pick them.

If there was anything that Niel and Elias disagreed upon, it was on matters of magical philosophy. Often, Elias had hoped that with age, Niel would see the benefits of staying his hand when it comes to controlling the forces around them. The magical properties of the wind had been the topic of many a heated debate between master and student, and over the years, the argument had become more frequent, not less. It was not what Elias had expected.

“Master, consider the magic that can be had,” Niel said one day, voice impassioned, ready to burst forth in anger, “when harnessed at the right proportions. Put the wind in a vessel! How many sailors do you think we’d help by doing that? How many fishmongers and weather-workers? Maybe we can even control fli–”

“But it is progress.” If the shaky voice had not given him away, the twinkle in his eyes surely would have. Elias grimaced. The boy was excitable. It was one failing that Elias had hoped would also have been diluted through time. “Calling the wind to our aid is difficult enough to the gifted, what more to those who do have neither the tongue nor the gift? They merely take hold of an item imbued with the magic. It would keep them from feeling helpless!”

“Yes,” murmured Elias. “It would also be a source of finance for the magi.”

“I’m not looking to make profit out of it,” Niel snapped. “Besides, you yourself are paid heftily for your mastery of the wind. How is that any different?”

There was a deep silence between the two, Elias’ stare boring down on his young student. Niel gulped and bowed his head, no longer meeting his master’s eyes. He excused himself quickly, and Elias watched as his protégé headed back to his desk, perhaps in search of another way to broach the argument about the wind.

Elias did not doubt that he would be back to try again. He certainly knew how to pick them.

“Did you know, Professor Elias, that your young Niel has had quite the discovery?” a noblewoman drawled, her lips quivering with amusement, eyes glittering with mischief. “He has been speaking nothing but wonders at court. You should be pleased.”

But Elias was not pleased. Elias had tried to dissuade the council of magi–and the damned royal court–from the folly of listening to Niel’s newest venture. The wind was a magnificent magic to behold. It can be called upon. It can be communicated to. It can be asked, pleaded, commanded. Why, he’d even heard of a woman to the Far East islands who could whistle to the wind and it would come to her aid. The wind should not be fooled into bottled prisons.

“Oh, I am sorry,” the noblewoman said, fanning her face, covering the redness of her lips. “It is Lord Elias now, is it?”

“He is an astute man,” Elias said, ignoring the second question. He excused himself.

Think about the magic that can be harnessed, Elias. The kingdom has firedrake infestations every year. But consider giving our warriors the wind as their advantage. Their spears would strike truer, their swiftness more pronounced. Less boats will crash each year, more fish can be caught in the trappings of the wind. We can even bottle voices, Elias. Think about the information that can be gathered from that!

Elias shivered. A silly old man with traditional thinking he may be, but he maintained it was better to err in the way of caution than to take part in this grand move towards progress.

“I will not have a hand in it,” he’d said to the Academy professors.

Professor Niel had been elevated, yes he was. From merely a simple goose watcher to a nobleman worthy of the Academy’s highest honors. He’d even taken a lordly title and a lordly name, and a lordly rank that moved beyond Elias’ reach.

Elias knew it would only be a matter of time before the new Lord Falvish will get the king to bend his ear to him. Elias knew this because he had known where his student was going even before the young Niel did.

Because he knew how to pick them.

Author’s note: Another one of my character study shorts as part of my writing exercises. I’m finding that this is actually helping me flesh out my fantasy world, especially with where the magic system is going. It certainly ties a bit of the magical history together!

It’s also an outlook at one of my more villainous characters. I kind of like Niel, and to be honest, when I wrote up one of my unpublished novels, I never really worked too hard on crafting the inner workings of my villain. Now I guess it’s time to give him some volume. And what better way than to show him when he was much younger and more erm…personable? 😀

3 thoughts on “Short Story: Something New”