If there’s any Austen work that truly fits in as a graphic novel, I would put my vote in Emma. It’s the epitome of a shoujo-type story that I’d read and laugh over. Emma is just the kind of character who goes into her own little inner-mind theater, and I’ve always loved her, maybe even slightly more than the protagonist in my favorite Austen novel of all time, Pride and Prejudice.

Just in time for the 200th Anniversary, Manga Classics: Emma brings Jane Austen’s classic tale of youthful folly and romantic exuberance to a modern audience with this beautiful, new manga adaptation. The impulsive match-making of Emma Woodhouse delivers both humor and heartache through the gorgeous artwork of manga-ka Po Tse (Manga Classics: Pride and Prejudice). Manga Classics editions feature classic stories, faithfully adapted and illustrated in manga style, and available in both hardcover and softcover editions.

I pretty much enjoyed the manga version of Pride and Prejudice, and while P&P will always be my favorite of the Austen novels, Emma makes a close second. As far as manga is concerned, though, I thought this adaptation of Emma was much better than P&P. It helps that the illustrator and writers have picked up on the nuances and side glances that I always imagined had happened within the book.

It also helped that they made Emma so frelling snotty.

Seriously, she’s bordering on unlikeable! I always found Emma such a hilarious character, ’cause sometimes the shit she says on-page is pretty ridiculous.

And all anyone can really do about it in this book is face-palm like Mr. Knightley: 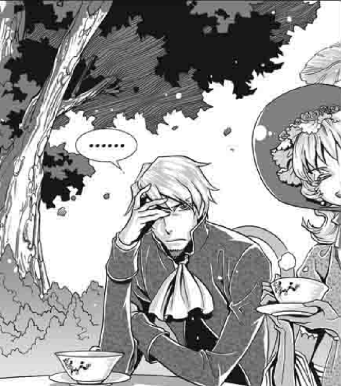 And yet. AND YET. I still love Emma. In fact, in every adaptation I’ve watched of Emma, I’ve always found the titular character so damn charming. SO DAMN CHARMING. She can be played confident and posh by Gwyneth Paltrow, or sweet and passionate by Romola Garai, or, hell, Beverly Hills-y by Alicia Silverstone. In every case, Emma retains her Emma-ness. She’s a woman who knows her mind and–while naive–eventually gets to the “learning” and “understanding” part when it comes to real life.

But yes, going back to the adaptation itself. I loved the subtle clues that were left by characters as far as how they felt in a situation. Emma herself is oblivious to most of them, but as a reader, we get those visual cues and think: “Oh-ho! There’s Frank Churchill, and he’s totally got hots for Jane Fairfax!” And unlike the P&P adaptation (where there was almost no gradual realization of Mr. Darcy’s feelings for Liz in the pages), you actually SEE the small ways that Mr. Knightley loves Emma, even when both of them are somewhat clueless into the matter.

I also think Mr. Knightley looked more like a Mr. Knightley, as opposed to the Mr. Darcy in the previous adaptation. I’m not sure I buy the goatee, though, but I can see it. He is, of course, exaggerated much as a manga character, but I was pretty glad it wasn’t all sparkles and sunshine when Po Tse depicted him. Also, he doesn’t come off as particularly manga “handsome”, which is great, because he is supposed to be an older man doting on a much younger woman. 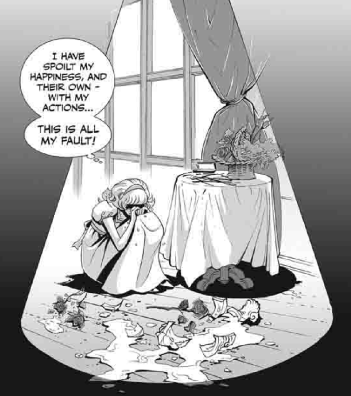 As for the textual adaptation, I haven’t read Emma in a long time. Actually, I haven’t re-read an Austen book since Persuasion a couple years back, so I couldn’t tell you if the word-for-word text made its way onto the page. I thought it was a well-done adaptation. While I’m pretty sure most of the discourse were oversimplified, I thought this adaptation captured enough of the essence of Emma that made it such an appealing book for me. So huzzah there.

Edit: I’ve changed the title to indicate the correct writer for this adaptation (where it had previously been wrong). Take note, it’s probably better to take a look at Morpheus Publishing’s website first for double-checking facts, as adaptation/editing info for this work and previous others are varied across Goodreads, Amazon, AND Netgalley.