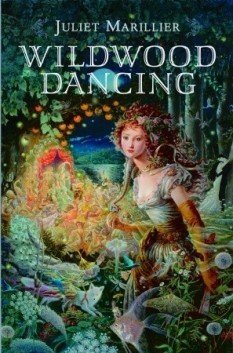 Uprooted #2 by Naomi Novik – The first book was brilliant as a stand-alone, and honestly the conclusion to Agnieszka and Sarkan was rather adorable, so I was pretty much satisfied with how things ended. But I would totally read a sequel or a spinoff of the Uprooted world. It doesn’t even have to be about Nieshka or the Dragon (although that would be AWESOME). It could be about Kasia! Or, or, someone in the neighboring lands, with cameos of characters from the first book!

The Silvered #2 by Tanya Huff – My review of this book pretty much says how much I would love a sequel to this book. I feel like there could certainly be more story taking place in the world of Aydori. Plus, there were so many characters I wanted more of! Actually, I wouldn’t even mind a prequel, because I’d so read about the wolves who were written off straight from the beginning of the novel.

Wildwood Dancing #3 by Juliet Marillier – Yes, so there already was a spinoff of Wildwood Dancing, and that was Cybele’s Secret. I still want more. Jenica had four other sisters, and while Wildwood certainly did a lot of focus on Jenica and her older sister, Tatiana, I wouldn’t mind spinoff books of the others! Okay, Paula got her own limelight in Cybele’s Secret, so spinoff books of the other two would be faboo. 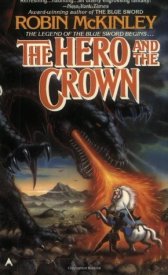 Hermione Granger and the House-Elf Liberation Front by J.K. Rowling – Okay, I’m just making a random Harry Potter book up. I would love to see prequels about the Marauders, to be honest, but come on. A post-Hogwarts novel with Hermione as the main character? Yespls!

The Hero and the Crown #3 by Robin McKinley – The world of Damar has a few short stories and two books to its name. I’d love to have seen more stories taking place in this world. After all, it did hold some of my favorite old-skool heroines, like Aeryn and Hari.

Neverwhere #2 by Neil Gaiman – London Underground is just too awesome to pass up reading about. Gaiman tends to write standalones (American Gods and the Sandman graphic novels being a few of the exceptions), but I wished he would make another exception for Neverwhere. I want to see more of the people below!

Graceling #4 by Kristin Cashore – I’m not sure if Cashore has anything else planned within the Graceling realm, and chances are she’s probably working on something completely different. All the same, I’d love to see what further mischief the Graced characters are up to in the Seven Kingdoms, and what changes will have occurred now that they’ve made contact with the Dellians. 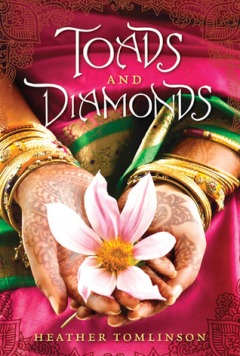 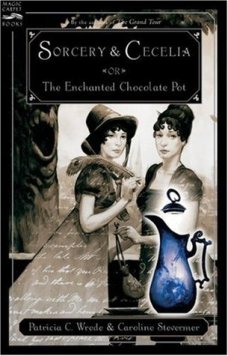 Toads and Diamonds #2 by Heather Tomlinson – I adored this retelling about two sisters, but I always did find the ending of the book a bit abrupt. Several characters that were mentioned within the story got sidelined by the end, and I really wanted to see more of the strong-willed princess! Not that I disliked either sister, but still, there were a lot of loose ends that could be easily addressed in a second novel.

Cecelia and Kate #4 by Patricia C. Wrede and Caroline Stevermer – As far as I know, there’ve only been the three novels regarding the adventures of Cecelia and her cousin Kate. The ending of the last novel, however, had some promising developments that could very well lead up to another story, if given the opportunity. I’d love to see what happens next with the family of Schofields, for one.

The Goblin Emperor #2 by Katherine Addison – Pretty sure Addison hasn’t planned on expanding on this world past The Goblin Emperor, but it would have been cool to see how policies further changed during Maia’s time as emperor. There is definitely more story to be had, and I’d love to see where Csethiro stands later on, considering I always found her such an interesting character.

I'm surprised that I got a bit of reading done in September, considering. This means that when I attempt NaNoWriMo next month I at least won't have a reading goal looming over my head! #monthlywrapup #readingwrapup
Baked just in time for snacks! And some apple jam! For the Prince of Hearts, of course :D #milkbread #badassbaking #snacktime #bookstagram #theballadofneverafter #stephaniegarber