Considering I just finished my stint on reading a fabulous zombie steampunk novel (*coughCheriePriest’sBoneshakercough*), I thought I’d explore the realm of the undead. That being said, I was also pretty tempted to put ghost story books here, but I can’t really say I loved too many of them, and I’ve only just started Anna Dressed in Blood to give it proper judgment in the matter.

All the same, Happy early Samhain!

Top Ten Books About the Undead

or otherwise known as

Vampires and Zombies and Ghouls Oh My!

World War Z by Max Brooks – Because the zombie apocalypse happening internationally is brilliantly scary. And I am so ready with Max Brooks as my survival guide.

Pride and Prejudice and Zombies: The Graphic Novel by Jane Austen, Seth Grahame-Smith, adapted by Tony Lee, illustrated by Cliff Richards – Seeing the novel version of this made me LOL so hard. Seeing the graphic novel adaptation of said novel version? Pure awesomeness. Jane Austen probably rolled around in her grave, but I’m pretty sure even she can see the poetic beauty of doing so.

The Walking Dead by Robert Kirkman – Obviously a mentionable on this list. Who hasn’t heard of the term zombies and not thought about Robert Kirkman’s popular comics series? Granted, I’m completely behind on both comics and TV show, but eh, I’ve always been a slow turtle.

Boneshaker by Cherie Priest – I’m in the process of writing a review on this book, but suffice to say that I couldn’t have picked up a better Halloween-themed book than a book about zombies, wars, mad scientists, and steampunk.

Dracula by Bram Stoker – The book that brought forth inspiration for all its subsequent vampire-related fiction. Granted, if I tried to read this book again today, my attention span would probably peter off into the distance. Still, there is no denying the fact that Dracula is pretty much a household term. Mostly to describe blood-sucking undead kings.

Hellsing by Kouta Hirano – Admittedly, I have not read the manga yet. I have watched both the anime and the OVA, and the latter follows the manga quite well. I’m not sure I could get through the manga series, though. I had way too many feels at the end of the OVA.

Vampire Hunter D by Hideyuki Kikuchi (illustrated by Yoshitaka Amano) – Firstly, the artwork is by Yoshitaka Amano. Same guy who had done a majority of the concept artwork for my favorite Eastern RPGs, the Final Fantasy series. Secondly, D is badass. He’s one of my favorite vampire creatures ever.

A Bit of Both 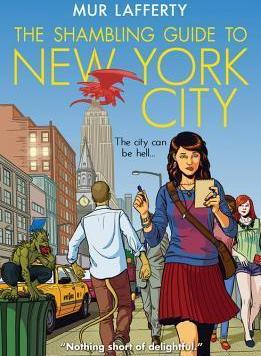 The Shambling Guide to New York City by Mur Lafferty – I wasn’t totally wowed by this book, but it was still a fun read. The zombies were adorable in this book, and the vampires were hilarious.

Bone Crossed by Patricia Briggs – I chose this particular book because it was one of my favorites. Also, it dealt mostly with vampires, though in all honesty, I feel like thralls count as zombies. I’m pretty sure some vampires even had the skills to reanimate the dead, so there are probably zombies in this urban fantasy anyway.

6 thoughts on “TTT: Books About the Undead”