Somewhere in the other side of the world it’s already the onset of 2016, which is pretty awesome. I’ve still got a few hours left to go, but hell, why not end my blogging for 2015 with something delicious?

So this isn’t really book-related or anything, though the whole thing with apple-related covers did make me think about baking with apples for the new year. I mean, come on, Winter, The Shadow Queen, I’m not even going to deny that Twilight had a cool apple cover decorating its pages.

And apples are delicious with cinnamon and sugar. And puff pastry.

I totally followed this recipe here and braided pre-made puff pastry that I thawed out and stretched a wee bit. The recipe did say to sprinkle some sugar mixture on top, and I thought about using confectionery/powdered sugar icing, but I love cinnamon, so I went with a cinnamon sugar mix. There wasn’t a time put in the recipe, so I baked it for 15 at 400 degrees F, then for another 5 minutes to get a more crunchy, golden color. 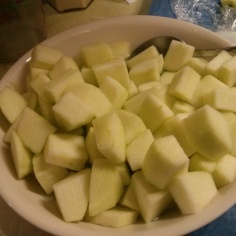 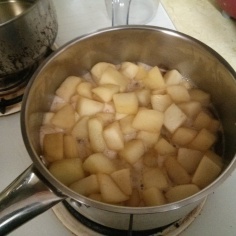 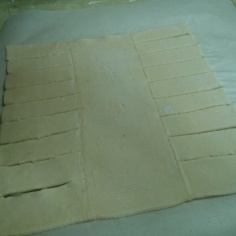 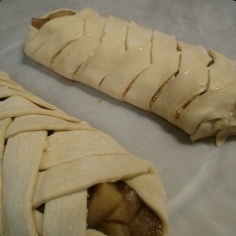 Verdict: Well damn, it tasted better than the apple pie I usually make! I love it because the puff pastry actually cooked through from top to bottom. Yum yum strudel! Definitely a good way to end the year.

See you on the other side!

WELP. Between @icookfreshrice lending me his VR for Beat Saber and @jessperezosa lending me her Phoenix Wright game, I'm NEVER getting any work done now. School? WHAT SCHOOL?
Thanksgiving was way too short and yet I took scant pictures of such an eventful weekend! Pats on my back for being on constant baking duty and for winning Machi Koro for the first time EVER! Oh, and love to the dog nephews (and niece). And the framily of course...(but where's dat group photo tho?? 🤣)