So I miserably failed both the reading challenges I set up for myself in 2015. I swear there were years where I made resolutions (to write more, get published, get a job, read more, continue blogging, etc.), and actually managed to get through them. For some reason, it’s always the reading that’s been hardest.

Silver lining, though! I managed to smash my Goodreads reading goal once again last year, which I suppose should have meant there was no excuse to NOT have finished a reading challenge. That said, I probably need to work on not getting distracted by other shiny books as opposed to the ones I’ve put on the list. 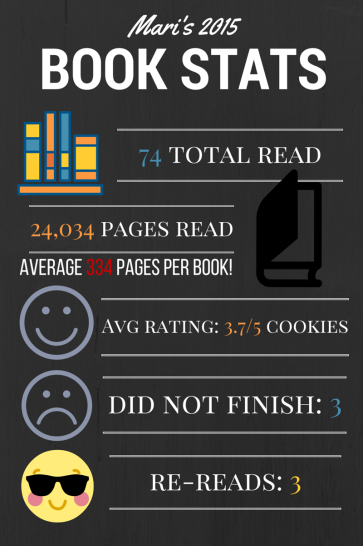 But let’s get serious here. I WILL probably keep getting distracted. And I WILL probably change my mind about which books I’ve prioritized and thensome. I’m still going to go for it, though.

So the 25 Reads challenge is one I’ve set up for myself. Who knows whether or not I’ll sign up for more (and then curl up in a corner and sob overwhelmingly).

(Also, this isn’t to say I won’t read other books. I totally ignored the fact that I might read the rest of the series for a number of the books I’ve listed below. The Lunar Chronicles and the Grisha trilogy, for example. And don’t even mention the ARCs I’ve yet to touch and am totally late in reviewing…)

1. Spindle’s End by Robin McKinley
2. Snow White, Blood Red, edited by Ellen Datlow and Terri Windling
3. Days of Blood & Starlight by Laini Taylor
4. Fire Study by Maria V. Snyder
5. The Diviners by Libba Bray
6. Snow Like Ashes by Sara Raasch
7. The Thackery T. Lambshead Cabinet of Curiosities edited by Ann VanderMeer
8. The Eyre Affair by Jasper Fforde
9. Crown of Midnight by Sarah J. Maas
10. Shatter Me by Tahereh Mafi
11. The Girl Who Leapt Through Time by Yasutaka Tsutsui
12. The Shadow of the Wind by Carlos Zafon Ruiz
13. Nobody’s Princess by Esther M. Friesner
14. The Way of Kings by Brandon Sanderson
15. Kings and Assassins by Lane Robins
16. Siege and Storm trilogy by Leigh Bardugo
17. Scarlet by Marissa Meyer
18. Outlander by Diana Gabaldon
19. Assassin’s Apprentice by Robin Hobb
20. Cast in Shadow by Michelle Sagara
21. Rosencrantz and Guildenstern are Dead by Tom Stoppard, Henry Popkin
22. Twelfth Night by William Shakespeare
23. An Ember in the Ashes by Sabaa Tahir

25. City of a Thousand Dolls by Miriam Forster

I have also decided to sign up for two challenges (goodness knows why, considering I utterly FAILED the TBR Pile Challenge…). All the same, this might actually be a bit more doable, considering I’ve basically streamlined my TBR list to mostly fantasy.

The Flights of Fantasy reading challenge is hosted by Alexa Loves Books and Hello, Chelly. Considering the majority of what I read IS fantasy, I figure I can polish this year off with at least 30 fantasy books under my belt. Heck, I might even join the FoF book club, ’cause they’re reading a majority of the books I absolutely love and/or would love to read! 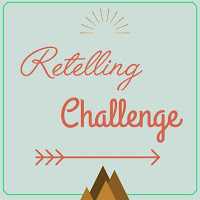 I’m also stoked for this Fairy Tale Retelling Challenge hosted by The Daily Prophecy. Because, again, like Flights of Fantasy, this is something I regularly read anyway. I know, hardly out of my comfort zone, but it is what it is. I’m hoping to hit at least Evil Queen Status (10-15 books), though there’s every possibility that I can get through more, depending on what I pick up.