I seem to like starting my years with assassin books. Actually, you know what, I usually can’t pass up assassin books. ‘Cause there’s nothing like bringing in the new year with a bit of death and destruction.

But seriously, it’s only taken me forever to get to this series, and I’m not even sure why. 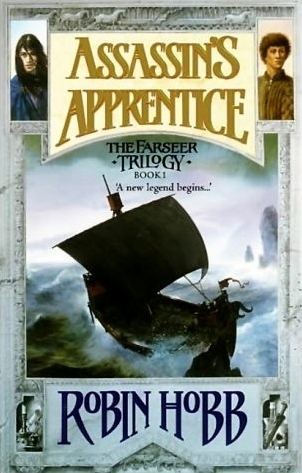 In a faraway land where members of the royal family are named for virtues they embody, one young boy will become a walking enigma.

Born on the wrong side of the sheets, Fitz, son of Chivalry Farseer, is a royal bastard, cast out into the world, friendless and lonely. Only his magical link with animals–the old art known as the Wit–gives him solace and companionship. But the Wit, if used too often, is a perilous magic, and one abhorred by the nobility.

So when Fitz is finally adopted into the royal household, he must give up his old ways and embrace a new life of weaponry, scribing, courtly manners; and how to kill a man secretly, as he trains to become a royal assassin.

I’m not sure the summary does the book much justice, to be honest. A lot goes on in this first book, and while it does come off as the coming-of-age, introductory phase of what will certainly be the most badass assassin in the Six Duchies, we do get much more of the overall big picture, one which completely gets no mention in the summary. That said, Assassin’s Apprentice is essentially the beginning of something big.

The way the storytelling went–a first person narrative of an older man looking back through his life–reminded me of Patrick Rothfuss’ The Name of the Wind, which also goes through a similar narrative style, only his character is the eidetic Kvothe. That said, Fitz and Kvothe have different paths, different backgrounds, and their stories shouldn’t be compared with each other, considering not much is the same past their catalystic natures.

I wasn’t super in love with this book at the start, to be honest. I don’t think I warmed up to most of the people that were in the pages, Fitz included. It wasn’t really until past halfway that I was even worried for Burrich, or fond of Chade. I did love Verity from the beginning, though my initial bias was probably because I loved how nicely his name rolled off the tongue. I did take immediately to the Fool, Rurisk and Kettricken, so imagine my indignation when bodies started to fall at the end of the book. Ugh, rude.

But as with most high fantasy I read, I think I came to terms with the slow character development, and Burrich, Fitz, and Chade were definitely some of my favorite characters by the end of it. It helped that the dogs in the story were adorable. It also helped that there was an epic showdown of the Skill, and a lovely–though depressing–use of the Wit at the end. I would have so been disappointed if nothing of the sort happened.

That all said, I adored the world. I’m curious over how Forging works, I want to know how Kettricken will fare in the future. I also truly want to see FitzChivalry Farseer kick ass, not just because he’s a trained assassin, but one with both Skill and Wit. That, to me, spells badassery to the max.

On a different note: I totally thought my Apple Strudel post tied well into Assassin’s Apprentice. There’s a scene near the end of the book where Fitz is suspicious over a plate of pastries, and his hosts eat them to ease his worries. The pastry, after being described, sounded oddly like an apple danish, or a strudel. Food and fandom, I say! (Even though I did think about apple strudels before I’d read the book. It was seriously just a mad coincidence, haha).

4.5 out of 5 cookies! Definitely a trilogy to finish reading about. 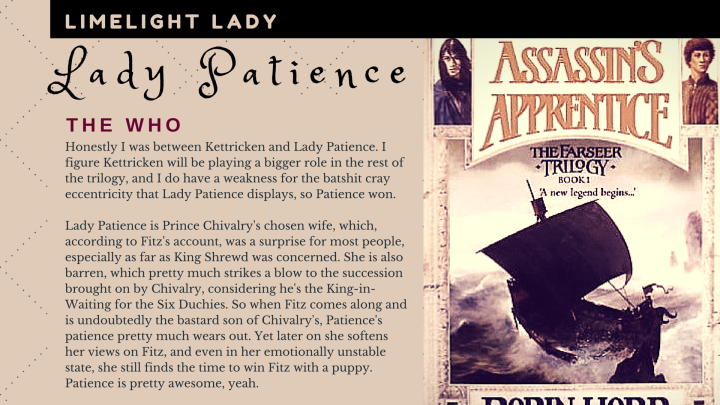 Idk if @sipsby raided my book collection, but they sent me tea that is very reminiscent of @therealsjmaas and her #acotar series. And I wouldn't have it any other way! #dryadtea #wintercourttea #teatime #teaandbooks
It's a chocolate chip muffin kind of day. #chocolatechipmuffins #badassbaking #baking #foodandfandom #foodandfiction