Last month, another round of Steampunk Hands Around the World was hosted by Airship Ambassador, and it took place all of February. I…may have forgotten this (even though I follow the blog on a regular basis), but I figure I’ll do something steampunky anyway, because um, it’s only the first of March? 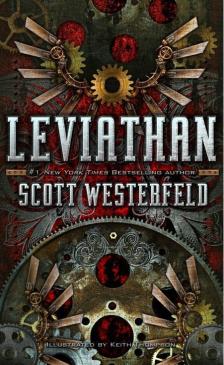 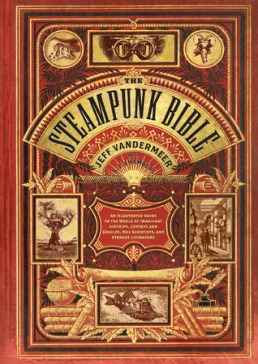 Phoenix Rising by Pip Ballantine and Tee Morris – This one’s got a dual perspective (dynamic duo, geddit?), so occasionally we get Agent Books’ side of the story and then Agent Braun’s (har har). I love me a girl who is unafraid of carrying dynamite in her corset, and the guy is pretty fab for a toff, so there. I loved this book.

Leviathan by Scott Westerfeld – I will further make note of the fact that Leviathan is only book one of a most fantastic trilogy, and nobody should stop at only book 1. Especially when Scott Westerfeld is involved. I recently gave this to a student of mine for Christmas, and he practically devoured it. “He” being a precocious 11-year-old, that is. But I mean, come on! Historical fiction, steampunk and travel and bio-engineered FLYING WHALESHIPS! What’s not to love?!

The Steampunk Bible by Jeff VanderMeer – Admittedly, I’ve added this book in here not so much because it’s a work of fiction, but because it is a lovely collection of steampunky things. It is rudimentary in its information, I love the cover, and the pictures are faboo too. Seriously, though, if you’re still scratching your head and trying to figure out what steampunk is, you can take a look at this book and go from there. 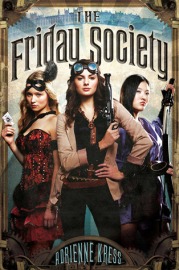 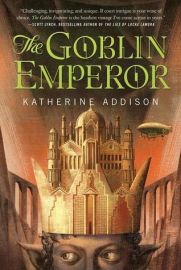 Corsets & Clockwork: 13 Steampunk Romances edited by Trisha Telep – Always a handy collection of stories to look through! I still remember quite a number of them, actually. And I’m pretty sure a bunch have been inspirations for my own steampunk work (which I’m still working on, ugh).

Soulless by Gail Carriger – Supernatural Victorian steampunk goodness! Talk about a mixture of fantasy and scifi during alternately historical England. I’ve also managed to get one of my writing students addicted to the graphic novel of this book, though I did warn her I only had an issue sampler so wouldn’t be able to provide her with the rest of the story. Oops?

The Friday Society by Adrienne Kress – I procured an ARC of this book a while back, and after having finally read it a year or two later, I realized I actually enjoyed it. It’s a book about three different girls living in Victorian London (yeah, there really should be non-Victorian London steampunk out there…) who solve crimes and triumph over evil. Sort of like Sailor Moon’s gang. Just saying.

The Goblin Emperor by Katherine Addison – Okay, this book certainly takes steampunk to a different world! The Goblin Emperor follows Maia, a half-goblin who finds himself the ruler of a non-goblin kingdom. It has airships, innovation, and lots of steampunky elements, on top of a rather complicated political balance and a fantastically created world. 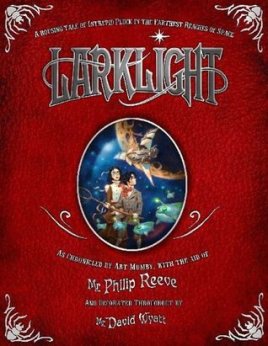 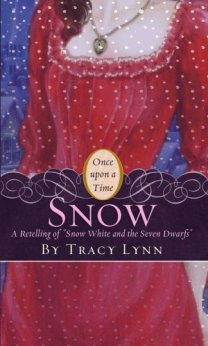 Boneshaker by Cherie Priest – Thank goodness for steampunk taking place outside of Victorian London! Priest’s Clockwork Century series typically takes place in an alternate United States during the Civil War. Boneshaker, in this case, takes place in Seattle after a poisonous gas leaks out of the ground, turning its victims into mindless zombies. Oh yes. It’s a steampunk zombie apocalypse, people. Best frelling kind of apocalypse, let me tell ya.

Larklight by Philip Reeve – This one is another children’s fantasy/scifi, and it takes place in a house that kind of doubles up as a travelling satellite. It moves around in space, and the kids go on a grand adventure to fight evil aliens and stuff. I really enjoyed it in any case.

18 thoughts on “TTT: In the Mood for Steampunk”