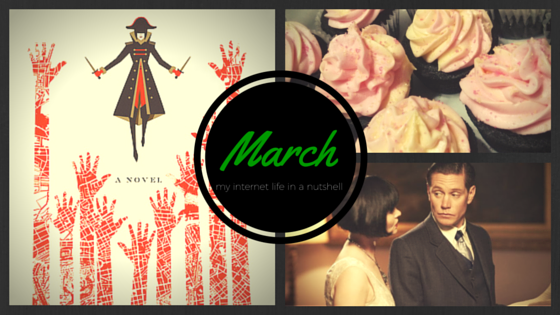 Spring breaaaaaak! Well, okay, so I did have three weeks of busy-ness in March, including two teaching observations that happened one week after another. But while I did have to handle a bit of stress, I did get back into the swing of things reading-wise. Everything else–from writing to movies to baking to other sorts of shenanigans–pretty much panned out better, especially with my week-and-a-half off.

Thankfully the first two books I picked up in March completely took me out of my book rut. Granted, A Gathering of Shadows almost put me back in one, because it was SO GOOD OMGAH HOW DO YOU FOLLOW THAT. 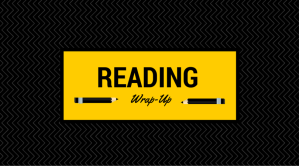 My 365-day challenge has been hitting it off rather well, though I have gone about this in a more unorthodox manner. Especially this last week, where I’ve spent more of it writing on the laptop as opposed to me just jotting drabbles down in my notebook. I was also less prompt-oriented because I wanted to work on finishing one of my short stories. Which I did, so this writing-a-day thing is working!

“Sketch” – Finally finished! I’ll have to do some major editing, of course, but the fact that I’ve actually concluded this short story (though at the rate I’ve written it…it’s now a novella) is a big sigh of relief on my front.

For April, I’ll be focusing on finishing up my Amber and Tourmalines (tentative title) story, so there won’t be much of an update as far as drabbles go, though I might pen in some fanfiction just to keep some brevity in my writing. No promises, though.

“On Imperial Wings” – tentative title – children’s scifi short, based on a Chinese folktale

Steve Jobs – There’s a good reason why I avoided this movie for all of Oscar-season. It was way too chaotic and disjointed, though admittedly Winslet and Fassbender played their characters well enough. Doesn’t really change my view on Jobs though.

Ex Machina – I’m pretty sure this is how the Robot Apocalypse begins. Silly humans.

High Society – I’m still more partial to The Philadelphia Story starring Katharine Hepburn, James Stewart, and Cary Grant. But this old-school musical did have the loveliness of Grace Kelly, which is a plus.

Allegiant – I still haven’t seen Insurgent, but I totally went to watch this because Theo James shower scene. I shall not be stopped in this. That said, you’d really have to treat the movie separate from the book, because WHAT ALLEGIANT PLOT?

Deadpool – I totally understood this movie’s staying power in the box office charts. It was effing hilarious.

Female Agents – French movie about French resistance spies during WWII. I mostly watched this because female badassery. Oh, and the girl from Populaire was in it, even though I thought the leading female had the best swag.

Miss Fisher’s Murder Mysteries – BECAUSE I WILL HAVE YOU SNOG MISS FISHER AGAIN, JACK ROBINSON. Ugh. The sexual tension between those two is going to kill me by the end of Season 3.

Better Call Saul – Not quite Breaking Bad, but it is only the first season, and it’s still pretty damn good. Also, MIKE! 😀

Gossip Girl – I’ve finally gotten past my Season 2 blues! Which is a good thing, because I love the Blair-Chuck moments that have been happening so far. That said, I’m not even halfway yet, so we’ll see how the rest of Season 3 fares. 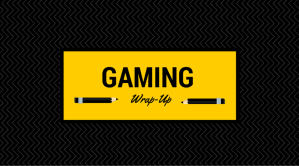 Mass Effect 2 – I am THIS MUCH CLOSER to saving my favorite salarian in ME3.

Life is Strange – I swear, this game just destroys any respect I have for humanity half the time. The main characters in the game are so goddamn obnoxious. 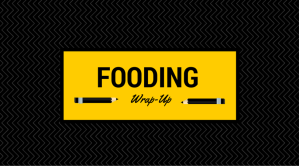 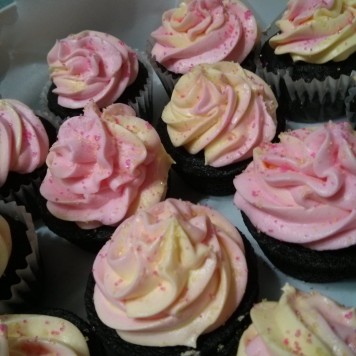 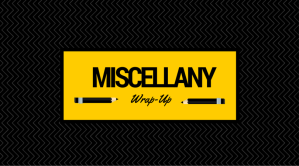 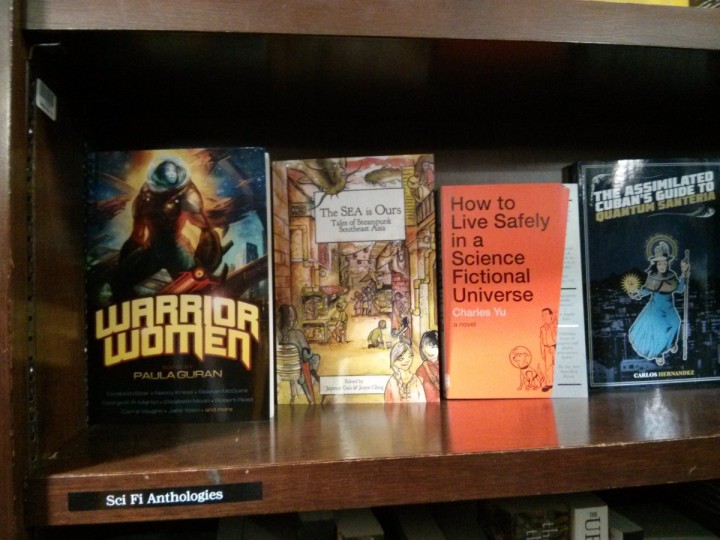 I was traipsing one of my local Barnes and Noble and found a lovely anthology gracing the Sci Fi Anthologies shelf. OF COURSE I was going to squee. I’m totally on the shelves of Barnes & Noble!

Agent Carter S3 Renewal – Yeaaaaaaaaaaaah. Okay, I haven’t watched second season yet, but I will at some point!

Mass Effect: Andromeda out 2017 – Not surprising. Not disappointing, either. I’m hoping the longer they hang onto publishing the game, the more work they put into it, the more epic it will be. Here’s hoping.

Game of Thrones S6 – I have every expectation to see this series branch away from the books. It’s looking like it is anyway.

Reboot of Prydain Chronicles in the works? – I liked the Disney version of The Black Cauldron okay, but here’s hoping it’s going to be a live action? One can dream.

Not Shemar Moore!!! – Ugh. I am so done with Criminal Minds right now. Even when there’s news that Agent Prentiss might be back. WHY CAN’T I HAVE BOTH, I TELL YOU.

Get It Together, Bridget Jones – I want to see this movie, but at the same time I’m slightly annoyed as to how she managed to eff up her relationship with Darcy a third time. Honestly, Bridget, get your shit together.

Critics Pan Batman v Superman – What’s interesting in the Rotten Tomatoes ratings is that there’s a huge divide between the movie critics and the fans. It could potentially show the difference between critics’ universe-limited viewpoint versus the fans who are more familiar with the comic book universe. Only hypothesizing, though. I’d still watch the heck out of the movie, so eff the haters.