The idea kind of came to mind when I was reading The Lunar Chronicles and at some point read through the fact that Kai has a fandom. I just…I could not with this idea, and so when I looked up the Top Ten Tuesday for the week, I saw “social media” and “blog” and my brain went immediately to “If fictional characters owned blogs, I wonder what they would write about?”

So yes. This is my spin on this week’s TTT.

Top Ten Fictional Book Characters Most Likely To Own A Blog

After being cooped up in a satellite for seven years, it’s no wonder Cress comes off as superbly awkward in both social and environmental engagements. She’s tech-savvy, though, and her romantic imagination is certainly fantastic. I could see her running a blog detailing all the adventures she’s experienced in Earth. I’d also look forward to her fantasizing about a certain criminal spaceship captain, but that’s just me. Cress and I have that in common.

Okay, honestly, between Rhy and Alucard, I feel like Rhy would have more reason to blog, if only to put it out there that he’s doing JUST FINE WITHOUT his bae, and getting conquests to boot. That said, Alucard would probably find the whole thing amusing at best and won’t show anyone he’s bothered by Rhy’s sexual exploits. But in my head canon, I firmly believe that it’d be reason enough to make a pit stop back to Red London. If only to, um, confront Rhy and his very public blog postings. If hate sex ensues, so be it!

One of my favorite voices in any piece of literature is definitely that of Zuzana, whose bestie Karou is actually a reincarnated version of a demon from a parallel universe. Like, hell, Zuzana manages to take all of this in stride when Karou tells her about wishing teeth and magical portals to different parts of the world. And when she met Akiva? Gods, the girl could make you laugh with her opinions. I’d love to see Zuzana’s take on everything happening in Praha, from her Poison Kitchen escapades to her puppeteer shows on the Charles Bridge to the supernatural presences that are threatening to rock Prague and the rest of the world.

This collaboration would mean everything, really, and I can see this blog opening up to other fictional book characters who believe that their mentors’ philosophy is “what doesn’t kill you makes you stronger.” It’s certainly the case for Kylar, whose mentor Durzo is a stone-cold wetboy in a world where weakness is brutally crushed. Durzo Blint is badass. Now, Sir Alanna is also hardcore in her own way, and judging from Neal’s competent knight…skills, I’m pretty sure she’s just as much of a hardass as Durzo is, just in a more merciful world and environment entirely. As for Vin, well, Kelsier was pretty much merciless in Vin’s education of Allomancy. I’d hate to think what would have happened if Kelsier never took Vin under his tutelage.

Also, guest blogger contributions are accepted by the group. (I can see Yelena posting occasionally about her poison tasting training, that’s for sure.) 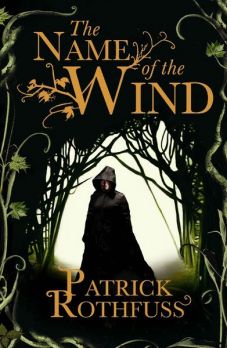 I doubt most of the actual werewolves–and Mercy–would have the time to regularly update a blog, but I can see Jesse running one. She may not be a werewolf, but I bet most people would love to read her blog just to see how she’s managing to survive in a house that’s almost always filled with werewolves. Also, pictures. I’d love to see pictures. Just saying. 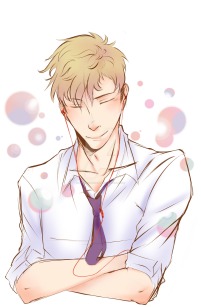 This is where Simon Snow is going to set out with all of his conspiracy theories about the Humdrum and the Headmaster, about Agatha and his bestie Penny Bunce, about the white rabbits and magical holes in the world. But let’s face it, 98 percent of the time he’ll probably be filling his blog about Baz. How Baz disappears often at night and never comes back until really late (which would worry Simon). How Baz has gotten paler and paler because he’s barely eating (which would worry Simon yet again). How Baz is really a vampire whose mother used to run the school (which may or may not turn Simon on, depending). In any case, it’d be mostly about Baz. I wouldn’t blame him, though. Baz is a lovely subject to base a blog on. Just saying.

If Chronicler lived in this day and age, and he gets the opportunity to pen down the true history of the most famous assassin ever, he’d probably jump at the chance to blog about it. Kvothe might refuse to have his accounts made public, but then again, he might be amused enough to let Chronicler set up an account. Kind of like his publicity agent and biographer. Chronicler would even be able to space it so that each blog entry is a day or a week in the span of Kvothe’s life. 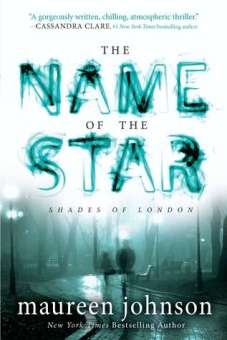 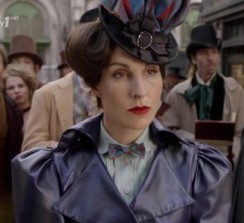 A journalist for The Ankh-Morpork Times, it would make absolute sense for Sacharissa to have an online presence. As Miss Cripslock, she has Views. And she would be unafraid to express said Views on her blog, separate from The Times, which, journalistically speaking, sets forth to report on the news as opposed to swaying the audience one way or the other. She might even have interesting anecdotes of how she manages to draw out a story. She certainly has the nose for it!

As an informer, Falco has an interesting life. He’s also a closet romantic, and an amateur poet and playwright. While most of his blog will probably be furnished with his flowery poetry (which I suspect Helena may have found and started putting up on his blog), I’m sure there may be several blog posts about his cases after he’s solved them. He’s not as brilliantly mechanical as Sherlock Holmes, but come on. It’s Ancient Rome in the eyes of a detective. I’d read it.

Rory always made me laugh. The fact that she’s bringing her Southern American charm to London makes a blog post even better. I’d totally read it. If she happens to mention her adventures on the more supernatural side, that’s even better.