I have a Food and Fandom section on my blog for a reason. Half of it is because I like food. The other half is because I’m a nerd who fangirls a lot of things. Normally this means books and video games, though from time to time I go to other fandoms depending on the mood. The point is that I absolutely love it when books are transposed into something edible. Which is what my twist on this week’s Top Ten Tuesday entails.

1. When a series is homaged into the form of cake.

I’m waiting for the day where I get cake decorated in my favorite books. Heck, I’ll settle for all seven books of Harry Potter depicted in cake. No pressure, guys.

2. When literature is interpreted…literally into food.

I’ll quickly eat them with some sauce.
I like those green eggs when they’re tossed.
I surely love green eggs and ham.
I relish eating, Sam I am.

3. When a book is visualized on the silver screen.

Seriously, I had a craving for lechon the minute I saw Katniss shoot an arrow at it. 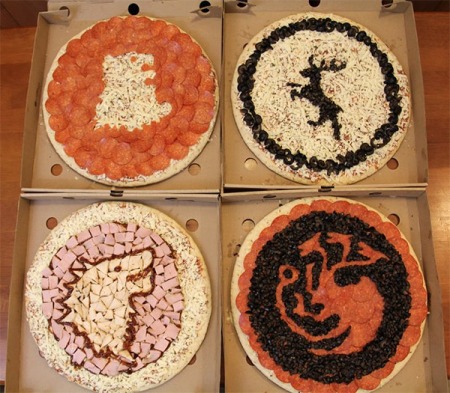 Though to be honest, I don’t think I’m up to eating all those olives. But I always did have an inner Lannister in me, so it stands to reason I’d eat the direwolves first.

5. When period books taking place during the Middle Ages spawn a reignited interest in medieval food.

Just about every fantasy with knights and kings and queens fall into this. Which is just fine with me, considering most of the sweets are doused in honey. And fried. Frying is important.

6. When a book filled with cultural delights makes you covet that particular culture’s food.

When in Karou’s Prague…do as the Czechs do.

7. When a book introduces you to the most absurd type of dishes ever.

Honestly, I don’t think I would have ever realized the turducken actually existed until I’d read The Compound by S.A. Bodeen. I’m not sure I would be able to survive partaking in that.

8. When a book title or character’s name has food wordplay.

“In an old house in Paris that was covered in vines,
lived twelve little girls in two straight lines.”

In lines they walked to the baker’s again,
To purchase those delectable Madelaines.

9. When a series is popular enough to garner its own cookbook.

There are several books that fit this bill. My personal favorite happens to be Nanny Ogg’s. Because Discworld food.

10. When you can digest your favorite book in a couple of bites. 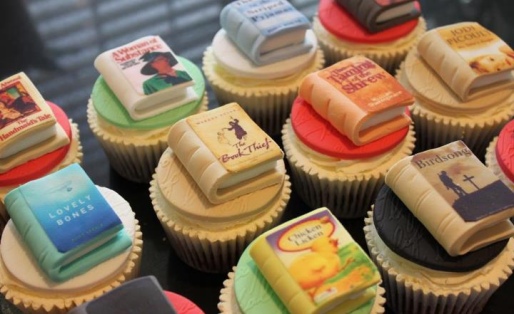 One day I’ll be able to work fondant this skillfully.

Now that I’ve sufficiently feasted with my eyes…

Time for some actual food.