Boy, would I like to see what happens with my favorite fictional characters in ten years! Are they ruling the world? Married and have children? Wandering it solo for a couple years? Dead and buried (gasp, say it isn’t so!)? Turned to the dark side? Tell me more!

Seriously, though, this is all just random speculation on my part. I mean, it’s not like Matilda would actually want to rule the universe or anything (even though I have every confidence that she could much later on in her 30s or 40s).

Matilda Wormwood, World Traveler – Matilda by Roald Dahl
After getting her A-levels in Oxford at a young age (probably 15 or 16), Matilda has taken time off intellectual pursuit to do a little traveling. I can totally see this happening, considering she loved to travel through books, and Matilda is the type of girl who’d love to see the world before settling back into the swing of Britishy things. Of course, there’d be a lot of postcard correspondence, and even letters sent to Miss Honey, who eagerly awaits her adopted daughter’s return.

Coraline Jones, Horror/Mystery Novelist – Coraline by Neil Gaiman
It would just be like Coraline to be able to write twists and turns and entertain her audience with macabre tales of “otherworlds” and crazy women with button eyes. Coraline would probably be a world traveler as well, though in all likelihoods, she’s already done a great deal of exploring at this point in her life. What she’s doing besides traveling is writing about the things that creep out at you from underneath the ruins, or the closets, or, heck, even that strange well in Japan that she’d come across touring the country. I could see her writing about them.

Ella of Frell, Ambassador Queen – Ella Enchanted by Gail Carson Levine
I know the book itself gives Ella a happily ever after, but honestly, I doubt there’d be no drama after ten years living in the same kingdom with the same man, etc. There is no doubt that Ella loves Char, and likely by this point they have a child or two, but I don’t think Ella is the type of person to stay obediently behind while her king and retinue go out into the world to work politics with the fairies and goblins and giants. I think Ella would have the sense to persuade her husband to let her be an ambassador as well, probably to the giants. She and her husband may have even fought about this a few times, letting her go without him from time to time, but this is post-enchantment Ella, and she is having none of that bullshmat.

Violet Baudelaire, Inventress – A Series of Unfortunate Events by Lemony Snicket
Kind of a given, considering she’s pretty handy with crafting things in the series. While not much is known about the Baudelaire orphans past the final book of the series (which I haven’t read, but did end up reading summaries of), it’s been surmised that the children have survived their string of unfortunate events. In the span of ten years or so, Violet has probably patented and sold a number of her inventions, creating a comfortable life for herself and her siblings. Of course, to keep the mystery of her whereabouts, she’s also probably publishing patents under a different name altogether. 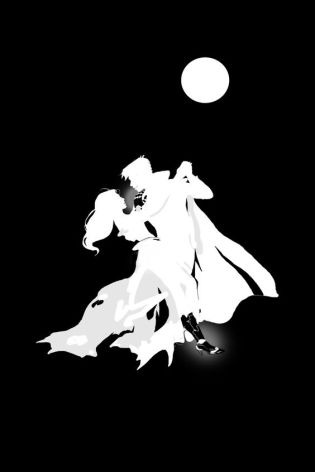 Linh Cinder and Kaito, Commonwealth Empress and Emperor – Lunar Chronicles by Marissa Meyer
Oh, come on. Of course I’d like to see how the Rampion crew fares ten years later. I haven’t read Stars Above yet so don’t know if this has already happened two years after the events in Winter, but I’d like to know that my OTP is going strong. Of course, there’s a lot to be expected for an empress and emperor, and likely Kai and Cinder are experiencing bumps on the road. All the same, Cinder’s outlook on things adds greatly to Kai’s rule, and no doubt she and her husband make for fine rulers of the Eastern Earthen nations. Also, Kaider babies? I’m okay with that!

Deryn Sharp and Prince Aleksandar of Hohenberg, Zoologists – Leviathan trilogy by Scott Westerfeld
The ending to Goliath was totally sigh-worthy, and thinking about it makes me want to read the entire trilogy over again, because it was SO DAMN GOOD OMG. As is, ten years later, I believe Deryn and Alek are still happily working in the Zoological Society. They have a flat in London and are most definitely married (though I think Alek would have taken Deryn’s name and only uses Hohenberg in a diplomatic capacity), and are working in the background as international diplomats (with Alek’s Eastern connections, he’s usually sent to Austria and Germany). This is around the late ’20s, early ’30s, though, so I don’t even want to speculate what’s going to happen with the upcoming tensions of WWII. 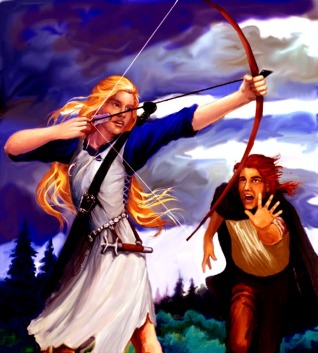 Taran of Caer Dallben and Eilonwy of Llyr, High King and Queen – Chronicles of Prydain by Lloyd Alexander
As was mentioned in the final book, The High King, Taran and Eilonwy rule justly and wisely throughout the kingdom of Prydain. I don’t doubt that. Of course, ten years later, they probably also have heirs to the throne, and likely this gives Eilonwy and Taran a bit more breathing room in that respect. As part of their duties, Taran and Eilonwy probably travel throughout Prydain, and while this is still a dangerous thing to do, Taran has grown largely more experienced in the sword, and Eilonwy isn’t too bad with a bow herself. They’ll be able to handle brigands and bandits, and rogue magicians if they have to. 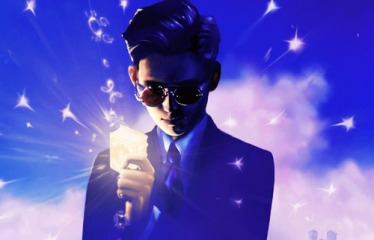 Artemis Fowl, Anti-Hero Genius and Mastermind – Artemis Fowl series by Eoin Colfer
So I haven’t technically finished this series (I probably stopped after book 3 or 4, though there really isn’t any excuse, since I loved the books), but I know enough of what happens later to know that while Artemis has evolved from “evil” mastermind to a more heroic figure, I think he’s still relatively anti-heroic at heart. While not chaotic evil in any sense (What kind of protagonist would he be otherwise?! No, don’t answer that…), he is still likely up to his tricks. He’s grown a bit, though, and isn’t as fixated on one thing or other, after having learned from the past. 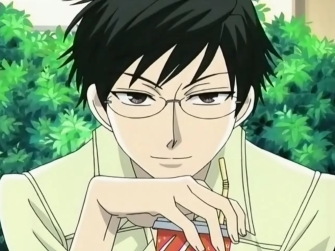 Kyoya Ootori, Company Head and Patriarch – Ouran High School Host Club by Bisco Hatori
Yeah, numerous times in the manga series only hints of this possibility, and as the youngest child, it is more than likely that the older Ootori brothers have a stake in the family business. All the same, I think Kyoya will have managed to outmaneuver his brothers, and after ten years of patiently biding his time, he’ll strike and take the company after his father’s retirement. That said, Kyoya isn’t smug about it and has likely branched out the business to a number of other profitable ventures, enabling his brothers a firm run on many aspects of the Ootori company.

Nobody Owens, Researcher and Scholar – The Graveyard Book by Neil Gaiman
Bod pretty much gets a fresh start out of his graveyard by the time he’s 15, and I don’t doubt that he goes off into the world to live his life. Ten years later, he’s probably studying at university and doing research on gravesites and such, because while he may no longer be able to see the ghosts in the graveyard, he hasn’t completely severed himself from his past. Also, I feel like he’d totally be a history nerd.

What do you think happens to your favorite childhood characters ten years later?