Can I just like this book for the first half of the story? The second bit got way too convoluted and mired with characters I really didn’t care about. But that first half. That first half was fabulous.

e-ARC provided by NetGalley and Simon & Schuster (thank you!) 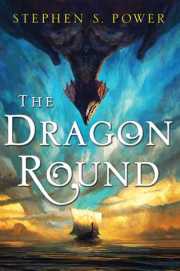 Jeryon has been the captain of the Comber for over a decade. He knows the rules. He likes the rules. But not everyone on his ship agrees. After a monstrous dragon attacks the galley, the surviving crew members decide to take the ship for themselves and give Jeryon and his self-righteous apothecary “the captain’s chance”: a small boat with no rudder, no sails, and nothing but the clothes on his back to survive on the open sea.

Fighting for their lives against the elements, Jeryon and his companion land on an island that isn’t as deserted as they originally thought. They find a baby dragon that, if trained, could be their way home. But as Jeryon and the dragon grow closer, the captain begins to realize that even if he makes it off the island, his old life won’t be waiting for him and in order get justice, he’ll have to take it for himself.

The Count of Monte Cristo…with dragons and impending war

Can I just first say how much I adore the cover of the book? All blue and amber gradients with a dragon looming over the ship? Sigh. So pretty!

The book itself is split into two parts: survival and dragon-training, and then, eventually, vengeance (because it’s clear justice will not be found in this world). Admittedly, while the first part does have the potential to slow down and get boring, I found that it was hands down my favorite section of the book. I loved how Jeryon and Everlyn got fleshed out throughout their need to survive, and particularly the banter they get into when it comes to how to deal with their dragon hatchling. Gray herself is a formidable creature, and there’s just enough sass in her to make her endearing as a character.

I pretty much breezed through the first half of the book because holy hell action, Batman. There was a lot of it from the very beginning, and even when things start going into a lull or a waiting game (because hell, the dragon has to grow bigger for anyone to ride her and stuff), the way The Dragon Round was written kept me engaged in both story style and character development. Often the dialogue and the characters’ thought processes kept me laughing, and there was enough vivid description for me to imagine how adorable it must have been trying to raise a rambunctious dragonling on an island that almost sounded like paradise. (I say almost…I still wouldn’t want to get marooned on it with nothing but the clothes on my back…those blue crabs though… *shudders*).

But keep in mind I said first half. I should have expected the introduction of all these new characters in the second part of the book (because when the book blurb describes The Dragon Round as a mix of G.R.R. Martin’s A Song of Ice and Fire series and Naomi Novik’s Temeraire series, it was bound to happen), but honestly I didn’t care a whit about them. It was too sudden a change, I think, and I really wanted to go back to Jeryon and Everlyn and how they manage to get out of the island. Not so much hearing about it and seeing it happen through somebody else’s eyes. Especially when that somebody else’s eyes happens to be one of the twats who marooned Jeryon on the island in the first place. (In the book’s defense, this constant shift in POV occurs from the very beginning…but I felt it more acutely in the second part.)

There was also the matter of Jeryon making seemingly OOC mistakes by the second part of the book, which doesn’t seem like something he would do. Sure, there’s an abrupt change in his thinking after realizing that the Trust won’t give him his sought-after justice, and sure, he becomes a bit more welcoming in the idea of revenge. But his actions–and the results thereof–made me cringe. It was too big a leap between the ending of the first part and the ending of the second. Especially when it starts getting clear that the whole revenge story suddenly warps into a “hey, let’s start a war against this other nation because we now have a dragon” thing and then it becomes a completely different monster altogether. It was just weird.

All the same, the writing was rich, the world was vivid, and I would read it again if only to imagine the life Jeryon and Everlyn manage to make in the island. With their surrogate dragon-child.

Dragon-Training for Pleasure and Destruction 101

Upon discovery of dragons, sailors tend to do one of two things: run away or attempt to kill it–for rendering purposes, because hell, dragon-made objects are sturdy and expensive. But when Jeryon and Everlyn find a dragon hatchling, they decide keeping it, growing it, and training it to carry them during flights might be a better idea. It would certainly get them off the island at some point.

But honestly. How does one train a dragon?

This is what I learned in accordance to the Jeryon-Everlyn attempt at training their very own fire-spurting sprout.

Keep these instructions in mind, and you could very well be under way to training your dragon! 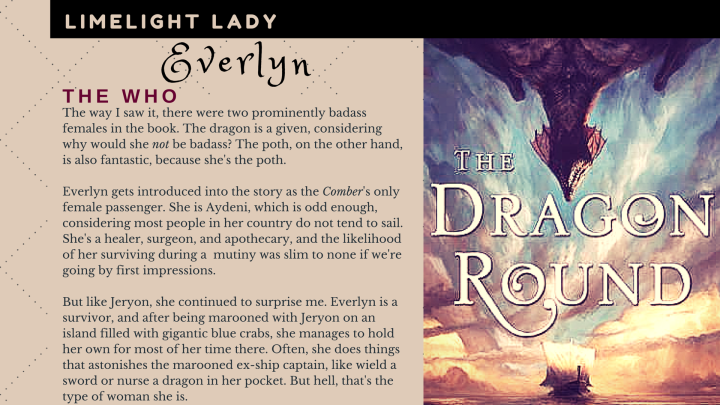