July was a bunch of fun. No, really, vacation tends to equal a ton of pictures. Which means having to rethink the layout of my wrap-up posts. Which means new images yaaaaay!

I swear I got halfway through The Way of Kings before my attention started to wander! It’s really good, though yeah, 1,200 pages of epic fantasy kills my attention span. I will eventually finish it! 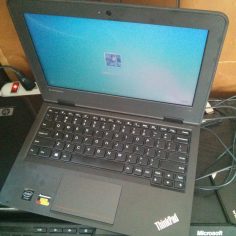 My friend and I are still on an animated movies project, so that’s usually what encompasses my movie-watching time. Pleasantly surprised by Kung Fu Panda, which I’d never seen before. And Only Yesterday is totally my biography.

A lot of food to be had. First of all, I may as well just call my “Quebec 2016” photo album the “Mari Eats Through Quebec” album, because I had a TON of food pictures. I decided just to highlight the poutine, because yes, Canadian specialty, that. Some highlights include birthday waffles (because I got a new wafflemaker!), a lovely cake which I didn’t bake for once, some super-rummed-up chocolate cupcakes, and a new TARDIS teapot! Love it.

San Diego Comic Con happened recently, which means LOTS of awesome new trailers. I still haven’t watched Batman v. Superman (and I’m actually no longer compelled to watch it…even though it has my beautiful Henry Cavill), but I’m actually stoked over Justice League and oh em gee, I am excited for the Wonder Woman movie, especially after all my griping about how I wasn’t a big fan of Gadot’s casting. Also, I’m not feeling this first look of Superman in CW’s Supergirl, it’s too frelling edited, which is a shame, because the guy they cast is pretty cute.

Speaking of DC, I seem to be more excited over their animated franchise than anything else. I haven’t caught up to the JLA movies (and I’ve probably been watching them out of order anyway), but I’ve loved the ones I’ve seen so far. Some are continuities or based off of comic book canon, which is even better, since I’m almost always overwhelmed by the amount of universes and story volumes I’d need to wade through to get to the chunk of my superhero fandom.

That said, I am still terribly excited over The Killing Joke finally being released. Despite its controversy (and honestly, I am so in disagreement of the whole Barbara Gordon/Batman relationship in the film), I’m familiar with the comic it is based on, and that shit is DARK. And pretty epic.

DC also did just release a sneak peek into Justice League Dark, which is another animated movie I am looking forward to see. Lawd, I’m just swimming in DC movies right here.

Okay, now that that’s out of the way…

There’s a Studio Ghibli exhibition in Tokyo. Can I go there now?

Pratchett’s The Wee Free Men is being turned into a movie. I haven’t read the book, but I will totally watch the heck out of ANY live-action Pratchett movie/series. Also, Rhianna Pratchett is penning the screenplay, and I liked her work in the Tomb Raider remake and her short Red Sonja story.

Allegiant diverges (hee) into a made for TV movie and spinoff. Yeah. I’m actually not surprised this may happen, considering how off-kilter the third movie was. I just…could not with it.

Because a live-action adaptation of the Shades of Magic series isn’t enough…there’s also the optioned film rights of This Savage Song! Ugh, Schwab, you slay me.

So yes. My July in a nutshell.