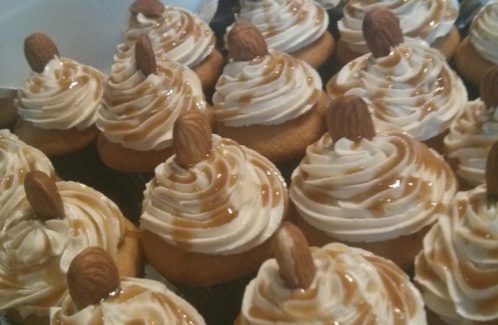 So I’d recently invested in a mini cupcake pan the other day, and while I had tried using it the first time with brownies (which was a mistake…because they ended up being cookie-brownies), I opted this time to go the proper cupcake route.

But first, there was the salted caramel.

I’ve never actually understood the love for salted caramel, but then again, I don’t often use caramel in much of my baking. A sad and unfortunate shortcoming, considering I have decided that I like salted caramel. It is accessible in grocery stores, for one, but if you’re stubborn about baking most things from scratch like I am, then the recipe for it is simple enough. 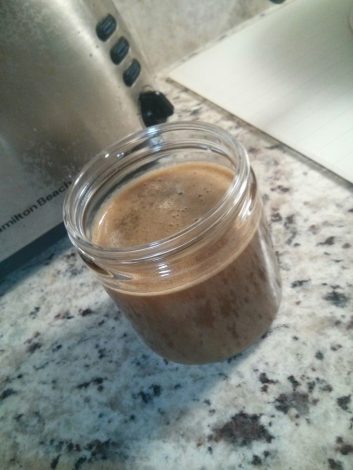 Heat water and sugar in saucepan, stirring until sugar is dissolved.

Remove from heat, whisk in heavy cream. Add butter and stir until mixed completely. Add in vanilla extract and salt.

Pour caramel into dish and let cool completely (or not, if you’re a hot caramel sort of person xD).

Changes: I didn’t use granulated sugar and opted for brown, because I like the caramelization (is that even a word?) of brown sugar better. That did pose a challenge because it was harder to tell what “amber color” meant, so I just allowed the mixture to boil around 10 minutes. I also added a little less salt, because I didn’t want to over-salt the caramel mixture.

Verdict: The amount of times I’ve taste-tested this mixture “for research purposes” was uncountable. I swear I kept going back every few minutes after it had cooled. I was only sad I didn’t have ice cream handy at the time!

But I did decide on cupcakes. Eventually. 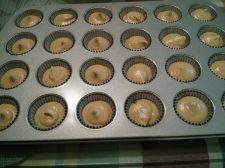 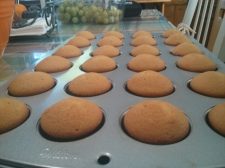 I figured a coffee cupcake base would meld really well with the salted caramel flavor, so I found just the recipe from Homemade Food Junkie, which is a coffee cupcake with salted caramel frosting. It looked absolutely sublime, and with homemade caramel sauce handy, it was way too good to pass up! I won’t go into too much detail on it, since I pretty much followed the recipe, minus the espresso bean garnish.

Well, there was me adding an almond garnish instead. Oh, and the baking time. With my mini-cupcake pan, the baking time changed to 12-13 minutes as opposed to the suggested 18-20. I’d baked the larger ones at 17 minutes and found that was fine, too. (Random note: clearly using any of my cups to pour cupcakes into mini-pans was a bad idea, so instead I ended up piping the batter into each cupcake mold. Good times, good times.)

Verdict: It was pretty much a hit with my co-workers and friends, so the recipes are totally things to keep. I am also now a salted caramel convert, and cannot wait to drizzle it on my waffles as well!

6 thoughts on “A Case of Salted Caramel”