I’ve been a pretty bad blogger lately, and I think this has to do with my weekends not being free for the last few weeks. Since school has started (and thus, work for me), I usually try to spend my weekends recuperating and reading, but that hasn’t happened too much since I also wanted to do a bit of writing. Not to mention I’ve been neglecting writing posts and commenting on other blogs (I am sorry!). October will probably be as busy, but I am planning on plaguing my blog with much bakery goodness, haha.

I DNFed one book, which hasn’t happened in a while. Standout in September was definitely This Savage Song though I was also pretty partial to the Sleeping Giants audiobook.

My goal this year is to at least finish The Way of Kings. Yep. 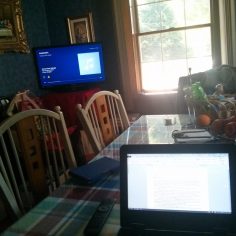 Binged on a few Gene Wilder movies (R.I.P. :() and went nostalgic on Practical Magic. Not much movie-watching, mostly because I keep coming up with other things to do. Like, erm, play video games *coughs*

Justice League Unlimited – I really shouldn’t be surprised that this animated series isn’t really one for children. Really good, though, but I’ve always been a DC animated universe fan.

Gran Hotel – How am I not done with this show?! I feel like the episode dramas never end! SO GOOD THOUGH.

Midsomer Murders – Slowly chugging along this series. I would say I’ll eventually run out of episodes, but let’s be honest here, I’m not even halfway through the seasons. And I don’t really binge this either, considering I only really put this show on when I’m knitting.

Dragon Age: Origins – Finished another playthrough here, which means moving onto the next installment!

Dragon Age II – I’m not sure how I feel about making my male Hawke funny, because now he’s Varric’s best friend…and I’m planning to kill him off in DAI. Oops?

Until Dawn – One of my friends was playing this game and making comments about how many people she’s managed to kill off. Naturally, this made me want to play the game. It’s a surprisingly short game, and I managed to binge-play the whole thing over again on one day. Insane, but doable.

Much salted caramel goodness this way. And alcohol. Because why not. 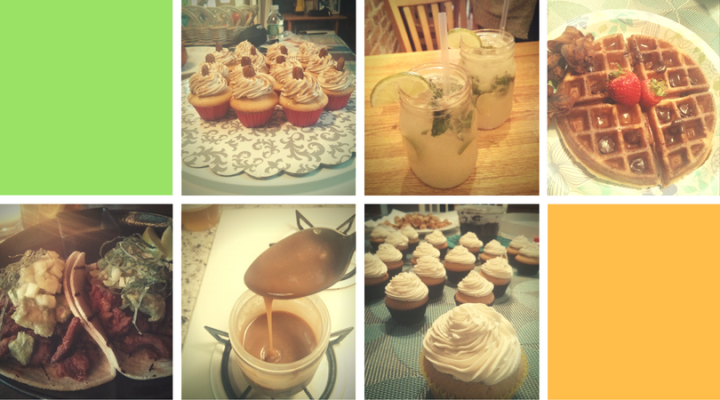 Buddy System released in Pokemon Go. Naturally, I ended up walking my Jigglypuff everywhere. Up until I had my Gyarados, that is. Now I just walk him around for shits and giggles.

Not so nerdy, but I used to watch Project Runway religiously back when I still had cable. And someone who is a size larger than 12, I respect this article by Tim Gunn.

Throne of Glass series to be produced on Hulu. This can go of two ways, to be honest. Although I’m not sure why they’re starting with Queen of Shadows. I’m probably going to try to avoid all news about the series until I’ve actually READ the pertinent books. I’ve already been spoiled enough as is…

THIS IS NOT A PERFECT ILLUSION, YOU GUYS. Mother Monster is back with an album in October. Alright, not nerdy either, but whatever.

Disney’s Beauty and the Beast turns 25 this year, which means it was about time Angela Lansbury comes back to make people cry. She sings the titular song and it was beautiful, you guys.

I don’t know about you, but I thought James Corden and Usain Bolt in a race was killer. But it didn’t kill me as much as Corden becoming the sixth Backstreet Boy.

Jon Favreau of the live-action The Jungle Book fame has decided to take on The Lion King as his next project. I’m not sure how I feel about this, considering any “live action” performance of The Lion King is pretty much just HAMLET. I am now tempted to watch the movie, though…