Now, my music taste can best be described as eclectic. I can go from a country pop song to a Japanese metal piece in a couple minutes and find no problem with it. But honestly, if you did ask me what types of music I like, I’m gonna go with my ’90s mainstream media roots and say those cheesy pop songs win out all the time. So for this week’s TTT, I’m going to match up some of my favorite pop songs to a few books I’ve read in the past few years. Yessss.

Because I can totally imagine Cress singing this in her head while reading romance novels up there alone in space. She’s clearly got an image of Thorne in her head, too… 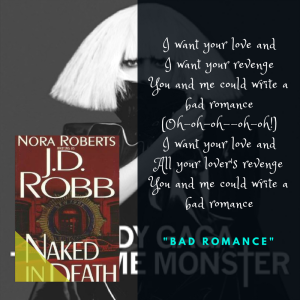 It certainly started out that way. Especially when the main character has the hots for a handsome billionaire who’s also the main suspect for a murder case.

Okay, I felt like I could have probably put something better here, book-wise, but I had Shadow and Bone in my head because of the imagery with the Darkling and Alina’s magical powers. Hem hem.

I feel like Nieshka and Sarkan could do with a little more talking in their relationship, and Nieshka is definitely the type of person who’d go out for a drive to clear the air and just breathe. Well, if there were cars involved anyway.

It took a lot of guts for Jenica to finally stand up to the people that needed standing up to in Wildwood Dancing, so I felt like this song was appropriate. Also, the Night People were pretty damn scary. 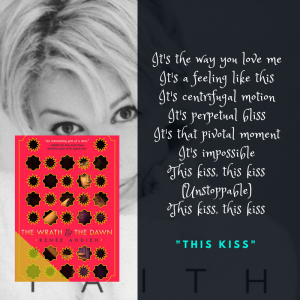 Oh come on. When the kisses in this book are described as “the promise of tomorrow” and some other flowery words, you know it’s a damn good one.

“Man! I Feel Like a Woman” by Shania Twain – The Woman Who Rides Like a Man by Tamora Pierce 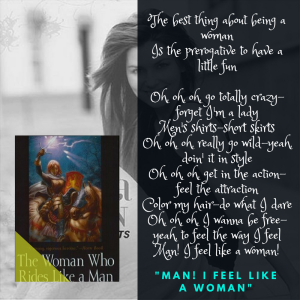 While it’s not my favorite book in the quartet, it’s still a good one, and it’s where Alanna lets loose. It’s a great time to feel like a woman, I’d have to say.

Without going into any spoilers, this was totally fitting for the fact that the break in the forbidden relationship stemmed from a lack of memory on Karou’s part. I don’t blame her. I hope she and Akiva sort it out, though!

“Circus” by Britney Spears – The Night Circus by Erin Morgenstern

I feel like I could have done better with this comparison, but honestly, The Night Circus was the closest thing I’ve read to circus stuff. At least, it’s the most recent circus-y book I’ve read. (I do plan to read Caraval at some point, though!). 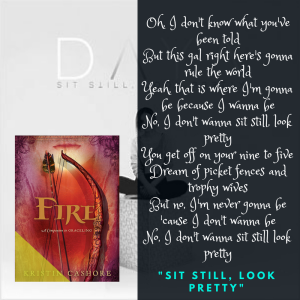 Fire is a beautiful girl, but she’s definitely someone who doesn’t want to sit on her laurels. She makes herself useful, and thankfully, the guy she hooks up with doesn’t expect her to be his trophy wife by any means.