I actually meant to do a full review of all three parts combined (because they were relatively short), but decided laying them out as mini reviews worked best, considering I did have pretty  much the same things to say about the three volumes. I enjoyed them, of course, though I did wish some things changed. I thought the relationships got stuck in the same place, which I thought never went anywhere healthy. I also thought the bit with Zuko’s mother was a bit annoying and unnecessary (though I will say the whole Firebending thing runs deeply in Zuko’s family, because yeesh, his relatives–save his actual mother–are brimming with Firebending magic).

Anyway, I’ve talked enough about this. Here are the minis! 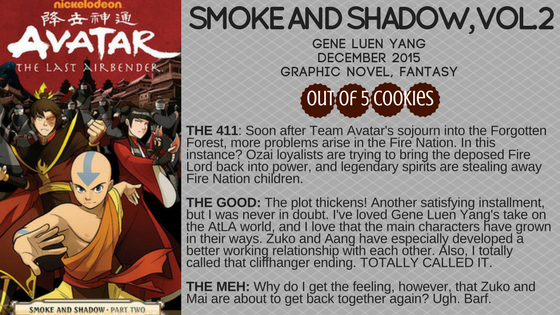 Have you read this series or watched the show? What did you think?