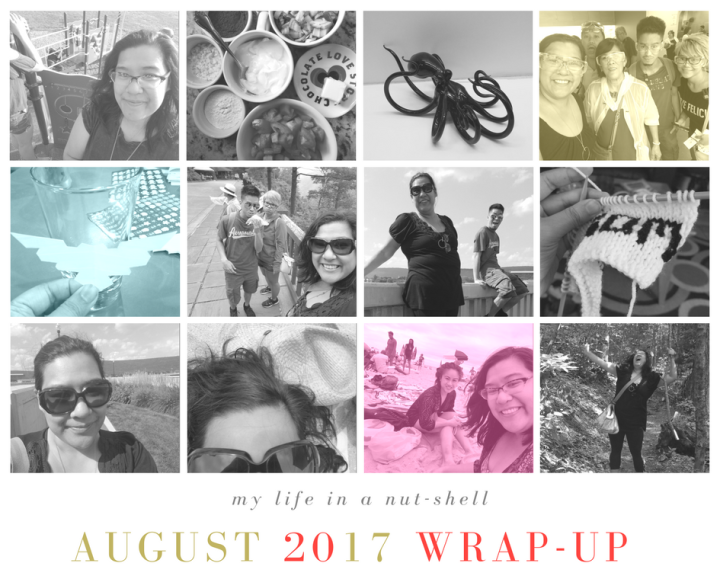 Okay, seriously, the summer came by way too quickly this year. I already have only a few days left before I have to actually get back to work, and I’m shaking my fists at you, Summer!

That said, at least the weather will cool up (I absolutely love sweater weather), and I’m ahead of my Goodreads goal, so huzzah!

Still got a number of reviews I want to get done in September, but for the most part, these were the books I’d finished during the month.

I DNFed one book in August, which isn’t too bad, though I do note that my list of DNFs have grown a big higher than previous years. I think it’s tolerance level, maybe. Mostly I just decided that I have way too many books I want to read that spending time on one I don’t really care about is a waste.

All the Light We Cannot See by Anthony Doerr || Trigger Warning by Neil Gaiman || Dreams of Gods and Monsters by Laini Taylor || Battlestar Galactica Vol. 1 || Batman: The Killing Joke by Alan Moore and Brian Bolland || The List by Patricia Forde || Xena, Warrior Princess, Vol. 1 ||  Injustice: Gods Among Us Year One || The Moth and the Flame by Renee Ahdieh || The Crown and the Arrow by Renee Ahdieh || Monstress, Vol. 2 by Marjorie M. Liu || The Wicked + The Divine, vols. 4 and 5.

So far so good!

I’ve been on and off with the writing this summer, which is probably the only thing I’m disappointed in, though, again, largely my fault. I did manage to do a huge deal of edits to my novel, and I wrote down what I can discern are notes of a future short story.

Lordy, Game of Thrones. I don’t think I can last that long to want to see the last season. I really want it happening sooner than later.

I’ve also pretty much binged iZombie on Netflix and NO REGRETS.

As for movies: the most entertained I got was Pride and Prejudice and Zombies, which is saying something. I absolutely hated how stupid Civil War was, and likely put me off of watching any other Marvel Avengers movie that’s to come in the foreseeable future. I also don’t know why I watched Schindler’s List for practically the umpteenth time, but it IS a fantastic one, albeit the topping is super depressiong. 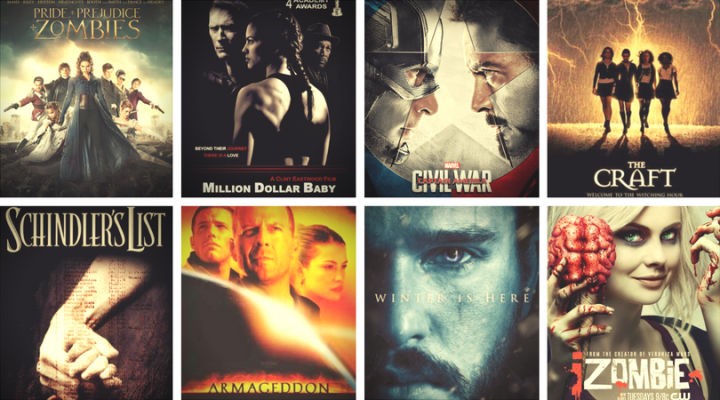 Besides the apps I play on my phone (which have started taking up more time in general), I started Mass Effect 1 all over again and beat that in a week. I’m halfway through my playthrough of Mass Effect 2 but it’s taking longer because of all the DLCs that are now included into my copy. Also, I LOVE Kasumi. I don’t know how I never got through a playthrough with her, especially when I’ve played ME multiple times already.

Gonna have to put some of ME playing on hold, though, now that school is back soon. Sigh.

Part of the reason this month went by quickly for me was because I totally baked or cooked double-time. It was hard picking pictures out of really stellar ones, but I’ll narrow things down to food I’ve either made the first time or foods I’ve tried the first time. Took advantage of the pool and the beach this summer, and went on family and friend trips in surrounding areas (loved the glass museum!). Didn’t travel too far, though, which is somewhat of a bummer, since I’ve made my list of places to visit outside of the U.S. but I’ll have to hit those another time.

My friend and my podcast (Fableulous Retellings) has ended its first season run, and we’re gearing up for season 2, which should be exciting, because it’s all about 1001 Nights, which is a collection of some of my favorite stories ever!

I started a knitting project that could quite possibly take me over a year to finish, because it’s massive. The idea isn’t mine, though it certainly came about when I was making a Christmas present that I wanted for myself as well…

I mean, how much more epic a saga can Dragon Age be? A super-epic one, if Laidlaw has anything to say about it. And, honestly, I cannot wait for the next installment. After Trespasser, things look like they’re going to get super exciting!

Good Omens is happening, but what’s more, it’s happening with the two perfect actors to take on the roles of Aziraphale and Crowley! Honestly, you can even interchange the roles and I’m sure Tennant and Sheen can still hit the ball out of the park.

A modern Dracula, a la Sherlock? Well, with Sherlock pretty much wrapped up (as far as I can see), I wouldn’t mind seeing what its former creators have in store for another iconic Victorian creation.

A Cuckoo’s Calling has premiered, but I haven’t seen it yet. This was the trailer I watched a while back. I love Holliday Grainger, and this looks pretty good!

“Neo-Victorian fantasy noir.” You mean detective steampunk?! I’m down. So down.

I’m so happy for Victoria Schwab right now. Mostly because now I have MORE Shades of Magic books to look forward to. But, I mean, wow. Just wow. Good for you, Schwab. I can somewhat live vicariously through her, haha.

That’s it. How was your August?