Okay, so I have been pretty bad with TTTs lately and thought I needed a new bookish meme to post that wasn’t on a Tuesday (owing to the fact that I tend to either post a review or reblog a Fableulous Retellings post on the same day). I have seen this going around ages back and really liked the idea of looking at book covers around the world. I also love traveling, and I tend to travel vicariously through books when I’m not doing any actual traveling during the year. So, Book Traveling Thursdays it is! There’s a sizable Goodreads group you can check out for more information.

The rules are pretty simple: Pick a book that matches the week’s theme, then find different book covers of said book from around the world. Post its original cover, talk about why the book fits the theme, and then post your country’s edition(s) if applicable, as well as post favorite and least favorite covers. It sounds fun to me, so here we go!

This week’s theme coincides with Hispanic Heritage Month, so the book I had to pick involved a Latinx main character. To be honest, my first thought was The Second Guard by J.D. Vaughn for its Latin-Am inspired fantasy (and Talimendra is awesome), but there was only one book cover, so I’ll go with a book I own but haven’t read yet: The Girl of Fire and Thorns by Rae Carson.

TGoFaT revolves around a Hispanic-inspired world, and the main character, Princess Elisa, is the younger of two princesses who is thrust into a responsibility she doesn’t think she can handle. I haven’t read the book yet, but I did have the opportunity to attend one of Rae Carson’s signings (where I got the entire trilogy signed), and she had addressed the inspiration of her world as well as the fabulous Spanish-inspired names and then-some. 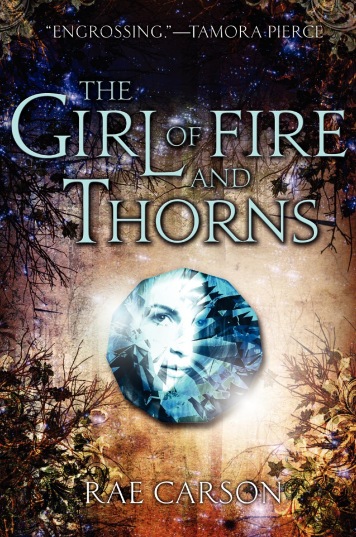 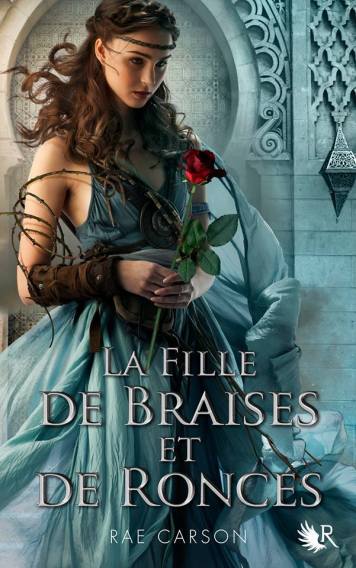 The first picture is from the German edition of TGoFaT, which I thought was pretty, since I’m normally not a person who likes models on the covers. But then of course I turn around and realize my other favorite cover is the French version, which HAS a model on the cover. But it’s still really pretty anyway. I mostly love the color in the French edition, which is a nice shade of blue-green.

The Spanish edition was my least favorite because having a person’s half-face on the cover says NOTHING about the book half the time. I didn’t like it in The Uglies, and I still don’t like it here.

There were a lot of different editions I wanted to highlight as well, but if I kept on going I’d never stop, hah.

4 thoughts on “Book Traveling Thursdays: The Girl of Fire and Thorns”