Happy New Year! Last year I experimented a lot on different authors, especially because of the amount of audiobooks I borrowed and listened to. I also didn’t stray too far from my favorites, and ended up reading a fair share of familiar authors as well. What I did like is that regardless of what I’d read earlier on in the year, a number of authors wrote their stories so lovely that I wanted more. Here are just a lovely few! 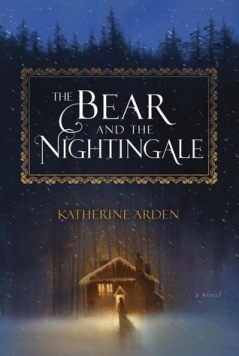 Sabaa Tahir (An Ember in the Ashes) – Admittedly, I was very dry on high fantasies in 2017, which is sad, because some really epic stories are going on in the high fantasy/epic fantasy genre that I really need to pick up more on that front. I may have yelled at Sabaa a bit in my mind (and maybe once or twice on Twitter…), but AEitA was SO GOOD.

Samantha Shannon (The Bone Season) – Not sure why I enjoyed her debut book so much, because strip the worldbuilding away and it’s almost a typical YA story. That said, clairvoyant magic system. Yaaaaspls.

Katherine Arden (The Bear and the Nightingale) – Arden has certainly built up my kind of historical fairy-tale setting! Arden’s TBatN and its sequel The Girl in the Tower remind me of something Juliet Marillier would write about if Marillier wrote about Russian fairy tales. All the same, I love both authors now, so yay! 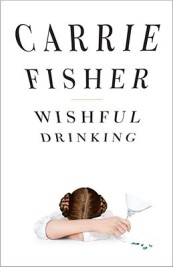 Raina Telgemeier (Sisters) – Telgemeier is my new Satrapi, except I actually related more to Sisters, which is, as its moniker would have it, a story that is exactly about sisters. I’m pretty keen on reading the rest of Telgemeier’s graphic novel series, because she really did make me laugh.

Carrie Fisher (Wishful Drinking) – HERE COMES THE GENERAL (RISE UP!). Been meaning to read through her work, and her passing early in 2017 propelled me into getting a copy of at least one of her biographies. Loved the voice, loved her humor.

Kieron Gillen (The Wicked + The Divine) – I was mostly on the fence for some of the volumes of this series, but I will admit that the writing is absolute crack and altogether ingenious. Loved the illustration as well in his TW+TD series, but when it came down to writing in so many different voices, Gillen has many beat.

Vikas Swarup (Q&A) – Loved the perspective in this book. I read this as an audiobook, so it was easier to imagine the setting (though to be honest, imagining the setting wasn’t hard when most of your head was ingrained in Slumdog Millionaire…). I really liked the story, though. 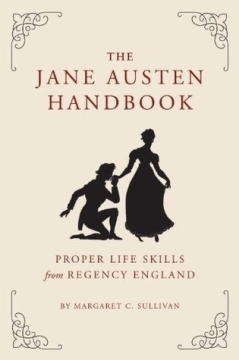 Vic James (Gilded Cage) – This was one of the NetGalley ARCs that I thoroughly enjoyed reading in 2017. I will definitely be interested in reading more from this author, and I really should get myself a copy of the second book somehow!

Margaret C. Sullivan (The Jane Austen Handbook) – Enjoyed this book! I also realized I actually did read another book of hers, so she’s technically not new to me, but we won’t really count the other Jane Austen book, since it was mainly one about covers! So there.

How about you? Which authors would you like to read more of that you read in 2017?