I have done quote-related Top Ten Tuesdays before, but I specified them mostly through Terry Pratchett quotes and swoon-worthy quotes. So this time I’ll actually do my Goodreads favorites! I’ve been trying to save quotes up from books I absolutely adored, but it’s much harder to do when you get so invested in a book that you forget to take pictures or make note of what quote you really loved. Also, Goodreads doesn’t always have the one particular quote I want from a particular scene from a particular book…but I’ll make do.

I also limited quotes to one from each author, because then I might end up just doing a V.E. Schwab special or something…wait. That’s not an entirely bad idea…I’m going to save that for another quotes-related TTT! 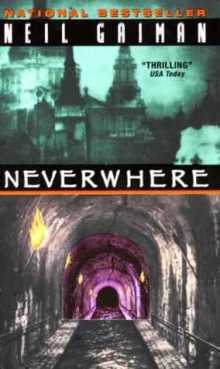 “Do you think it was destiny that brought us together?”

He squinted and, after a thoughtful moment, shook his head. “No. I’m pretty sure it was Cinder.”

There’s a lot of quotes that made me die a bit in Marissa Meyer’s Lunar Chronicles series, and this one wasn’t half as funny, but it’s so. damn. true. I blame Cinder for everything. And I love her for it.

Elend smiled. “Oh, come on. You have to admit that you’re unusual, Vin. You’re like some strange mixture of a noblewoman, a street urchin, and a cat. Plus, you’ve managed–in our short three years together–to kill not only my god, but my father, my brother, and my fiancee. That’s kind of like a homicidal hat trick.”

– The Hero of Ages by Brandon Sanderson

Elend is just full of snazzy things to say about awesome Vin.

Richard did not believe in angels, he never had. He was damned if he was going to start now. Still, it was much easier not to believe in something when it was not actually looking directly at you and saying your name.

No list of quotes would be complete without a Gaiman quote. Honestly, it was between this and one from American Gods, but the AG one would have meant the use of profane things. 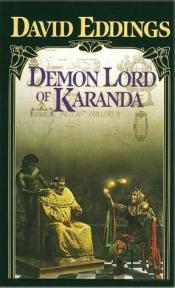 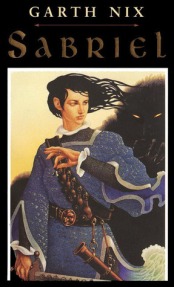 “I’ve looked at the world for quite a few years now and I’ve found that if I don’t laugh, I’ll probably end up crying.”

Silk is the bees’ knees! Again, there were plenty more fun things he’s said in the Belgariad, but this one has a grain of truth that still resonates with me. I laugh to prevent myself from crying over the world, too, Kheldar.

The ships hung in the sky in much the same way that bricks don’t.

– The Hitchhiker’s Guide to Galaxy by Douglas Adams

Which brings me to this gem of a Douglas Adams quote. ‘Nuff said. I could do a special on his sayings, too.

Does the walker choose the path, or the path the walker?

Definitely another quote that’s stayed with me for years on end.

The more I know of the world, the more I am convinced that I shall never see a man whom I can really love. I require so much!

– Sense and Sensibility by Jane Austen

Pretty much the modern version of this is: “Fictional men have given me high expectations in romance!” True dat.

Once upon a time, the sky knew the weight of angel armies on the move, and the wind blew infernal with the fire of their wings.

– Days of Blood and Starlight by Laini Taylor

I love all of Laini Taylor’s “Once upon a time” openers in her Daughter of Smoke and Bone series. This one was just extra poetic, which was beautiful.

“So you would have me throw Shazi to the wolves?”

– The Wrath and the Dawn by Renee Ahdieh

Honestly, I’m surprised I didn’t use any of the other quotes I adored in Wrath, but I really liked this one.

“Things are or they are not, Vasya,” he interrupted. “If you want something, it means you do not have it, it means that you do not believe it is there, which means it will never be there. The fire is or it is not. That which you call magic is simply not allowing the world to be other than as you will it.”

– The Girl in the Tower by Katherine Arden

Magic is so much clearer now! Seriously, though, Morozko you old frost demon, you.

Was there a book quote that stayed with you for a while?