Egads, asking me who my favorite author is at any given time is a dangerous subject to go into, and I’ve been asked this a few times over the past few weeks already. That being said, I have been pretty consistent with the types of authors I adore, and there have always been tried and true authors who’ve not once disappointed me yet. So. I suppose, here it goes.

Note: Some of the authors (Katherine Arden, Laini Taylor, Renee Ahdieh, etc.) I’ve been loving this year and last year I didn’t include on this list, because while I loved their trilogy/duology/books, I’ve only read one or few of their stuff so the jury is still out on that front. 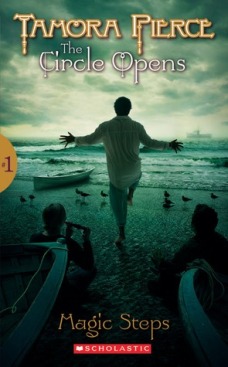 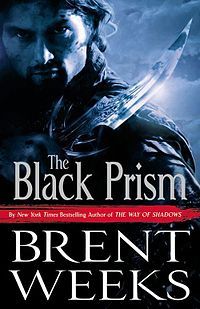 Our Dark Duet by Victoria Schwab – I will admit I haven’t had as much interest in Schwab’s YA books compared to her adult ones, but I did read This Savage Song and enjoyed it and even recommended it several times to my middle schoolers. I have a copy of ODD on my shelf, I just haven’t gotten around to reading it. Likely I’ll devour Vengeful first, and quite possibly the Steel Prince issues beforehand, but it’ll get read eventually!

Magic Steps by Tamora Pierce – I meaaan…I have practically read every single Tortall book this woman has released by far, so the only books left unread by the ever-fabulous TP are her Circle series. I’ve actually gotten through the first set, so it makes logical sense to continue on with the next quartet. All that said, the Circle series is pretty much being discontinued, so there’s little likelihood that anything new will be added to its worldbuilding.

The Black Prism by Brent Weeks – Gaaaawd I don’t know why it’s taking me so long to read The Black Prism. I adored the Night Angel Trilogy and even read the short story with Durzo as the main character. Apparently TBP is even better, and my brain already exploded with NAT, so…gah I really should read this. Really.

Jane, Unlimited by Kristin Cashore – Cashore doesn’t have as prolific a list of books as many of the authors I’ve loved, but the thing about her is that I’ve loved all three of her Graceling books to pieces. And then she came out with one that wasn’t Graceling-related, but I loved her writing, so I really should read this one anyway.

Burn Bright by Patricia Briggs – So far, this is the only book on the Mercy Thompson and its spin-off series that I have yet to read. I probably should before the next MT book comes out.

Shadowfell by Juliet Marillier – I’ll admit I haven’t read as much Marillier as I should have, but I will say that she’s my go-to author for books that will absolutely positively make. me. cry. No joke, this is why she’s one of my favorites, because she always sends me into a state of tears, and not just because she’s gone and done horrible things to her characters. She also writes really lovely romances and I love her for them. I really should read more of her in any case.

Heartless by Marissa Meyer – Alright, so she completely won me over on The Lunar Chronicles alone. I haven’t read anything past that, other than the graphic novels with Iko, but I really do mean to get to Heartless at some point! I loved her sassy characters. 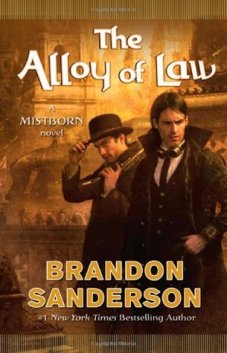 The Alloy of Law by Brandon Sanderson – For someone who constantly praises the Mistborn trilogy, it’s a huge surprise that I haven’t read the sequel trilogy to Mistborn. Sanderson hasn’t failed me yet in any case, so I’m going to walk into TAoL with super high Mistborn-y expectations.

Landline by Rainbow Rowell – Since I couldn’t put Wayward Son in here because technically it won’t even come out until around 2020 *grumbles* I’m putting in an older work of Rowell’s. I will say I haven’t tried her adulty stuff, but I really loved Carry On and Fangirl and actually liked Eleanor and Park, too, though not on the level of the first two books I’d read of hers.

Six of Crows by Leigh Bardugo – Shush. SHUSH. I WILL READ ALL BARDUGO BOOKS I PROMISE. I MUST. READ. ALL.

What books of your favorite authors haven’t you read yet?