I’ve been getting into children’s books lately, mostly because a lot of my reading the past few weeks has been for my voldies in school. That being said, I have one below that I really liked, and the other that I was kind of disappointed in.

The City of Ember was one of the books I was contemplating for my class’s technology-themed unit, but since I hadn’t read it yet and didn’t want to do something I was unfamiliar with, I left it in a backburner in favor of A Wrinkle in Time. No regrets, but this one’s good too, and I might actually still use it for next year…if there is a next year. 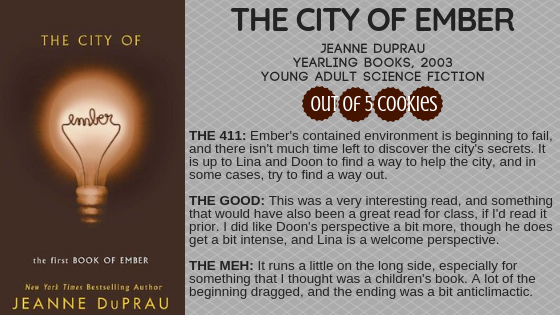 As for Hollow City…

I mean. I really liked Miss Peregrine’s Home for Peculiar Children, but a lot of the charm in the last book disappeared because quite literally, Miss Peregrine was nerfed throughout the whole book. Instead, the book ended up being a bunch of “children” (who’ve lived for years on end, mind) whining. Of course they can’t catch a break, and for whatever reason, Jacob continues to have this massive hard-on for a girl who had a LOVE AFFAIR with his paternal GRANDFATHER. Still. Effing. Ew.

Anyway, I’ll let the mini-review finish it up. 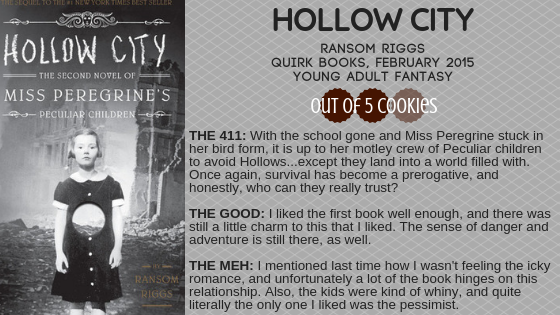 Have you read either of these books? What did you think?