Haaaah. As much as I adore trilogies and series, I’m horrible at them. So when I saw the topic for this week’s Top Ten Tuesday (“Standalone Books That Need A Sequel”), I pretty much snorted because I thought about the complete opposite. Whaaaat is wrong with standalones, hmm? Frankly, I could do with more of these because whyyyy couldn’t you just end the damn series when it was actually at its finest?!

Okay, that being said, while I rant about this all the time, I tend to also be the person who raves over book 2s and 3s on certain series…so…I’m just a paradox. Or maybe I just suck at reading series to begin with, and this is why I’m just being salty about things.

Ten Books That Could Have Been Standalones

** Don’t get me wrong. I enjoyed some of the continuations for most of these books, and in a few cases, I loved the sequels even more than I loved the first books…but could I have done with just standalones for some of these? Yes. Yes, I could. 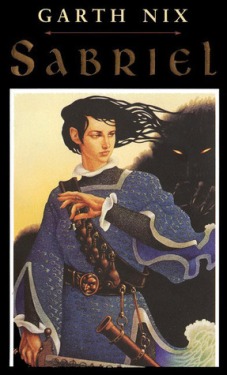 Daughter of the Empire by Raymond E. Feist and Janny Wurts – As much as I loved seeing Mara of the Acoma continue kicking ass and playing political mind games with a Japanese-inspired culture, the long game kind of dulls down in the second book. I didn’t even bother reading the third because I was just “meh” about book 2. And honestly, I absolutely loved the first book.

Sabriel by Garth Nix – I will read every Charter magic book there is and I will enjoy them. That being said, Sabriel had been a standalone for me for years that it really was almost a decade when I finally picked up the others to read them, and by then, in my mind, all the stories converged back to Sabriel anyway.

Throne of Glass by Sarah J. Maas – “But Maaaaari, you haven’t read Crown of Midnight yet and it’s SOOOOO much better than the first book, promise!” Yes. This is quite literally what my book-nerd-conscience is telling me. And YES, OKAY, I might enjoy the second book, but SERIOUSLY NINE TOMES OF THIS WHY?!

Daughter of Smoke and Bone by Laini Taylor – As much as I loved the drama and the beautifulness of the writing, the first book really did cement the story for me. Heck, this could have been a duology, and I would have been fine with that!

Poison Study by Maria V. Snyder – I do love the Study series, and I would never say no to more Valek in them. That said, Poison Study was just like Sabriel, where I picked up the first book, was really happy with how it ended, and didn’t even bother to see if there was a continuation to it. So Magic Study and Fire Study and the other books afterwards are just benefits to a book that could have just been fabulous as a standalone.

Sleeping Giants by Sylvain Neuvel – This was one case of the sequels going downhill. I don’t think the audiobook dramatization helped either, some of the voices drove me nuts, and the characters were made even worse with the dialogue. But yeah, this one could have been left as a standalone. 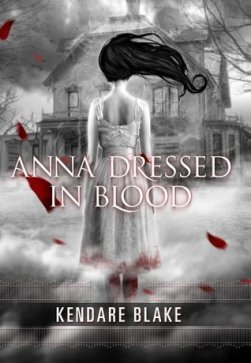 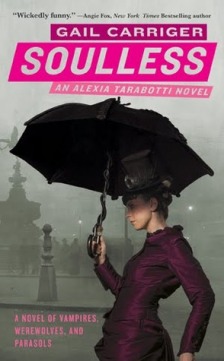 Soulless by Gail Carriger – I absolutely loved this book and this steampunkerific world that Gail Carriger created. I just…I don’t know, I liked it as a stand-alone? The rest of Alexia Tarrabotti’s adventures kind of didn’t compare to the first, and I never could really get into the rest of the series.

Sorcery and Cecelia or The Enchanted Chocolate Pot by Patricia C. Wrede and Caroline Stevermere – I loved The Grand Tour, which was the direct sequel of Sorcery and Cecelia, but it was missing the magic of the first book. A lot of S&C’s charm was in the letter writing and the accounts given by two Young Ladies of Quality.

Did you have a series in mind that could have been fine as a standalone?