I often get asked what my favorite book is, but because this is SUCH a vague statement to a bibliophile…mostly people just get blank stares. No, seriously, how do you even start to choose?

When I get this question, I respond by asking them to be more specific. “Which year? Which genre? Which author? Published which year?” Sometimes even then it gets a little insane. It’s still hard to choose. I love a lot of books, and judging from some of my End-of-Year book posts, no ONE book ever really dominates the others I’ve read in a given year (not even Schwab, GASP!).

So I decided that the easiest way to get through this week’s Top Ten Tuesday topic (which is “Favorite Books Released in the Last Ten Years, One For Each Year”) was to put a variation twist on it. I decided I’d do a throw-back of favorite book I’d read per year, going back to 2009. This gets tricky around 2011-2014 because I’d 5-starred several books, but I went further and categorized my years by the general reading mood I’d been in. There actually was a pattern!

Shadows in Bronze by Lindsey Davis – This year was rough. It was the first year I’d actually taken great lengths into updating my Goodreads list, but it was also one of those years where I didn’t really read much because I was heavily reading as an academic. Ironically, it was my bestie–who doesn’t read prolifically–who got me out of my reading funk by recommending the Marcus Didius Falco series, a whodunnit series taking place in Ancient Rome. Shadows in Bronze was the second book of the series, and I’d swallowed a good seven books before it became difficult to find copies of the series. While the first book was fantabulous, it was the second book that cemented my love for the series. 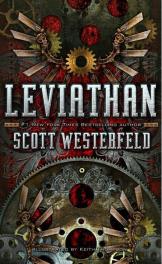 Leviathan by Scott Westerfeld – By this point in time, I didn’t have the funds to do any traveling of my own, so reading about different countries in books always sparked my imagination. Westerfeld’s series did this, as did Laini Taylor’s collection of short stories. I wanted to highlight Westerfeld’s trilogy, though, because so much travel occurred across the world, and I loved every bit of it. Leviathan wasn’t my favorite book of the three (that honor goes to Behemoth, where the adventure took a pit-stop in the thousand-year-old city of Constantinople–now Istanbul), but it jump-started everything I loved about the books. By the time I got to Goliath, I was feeling all types of emotions; I was happy that I’d got to go on a worldwide journey with Deryn and Alek, but sad that I won’t be able to experience the world vicariously through them anymore. 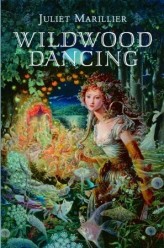 Wildwood Dancing by Juliet Marillier – Oh, god. I’m internally sobbing at having to choose between Marillier and Robin McKinley. Seriously, though…HOW? I’ve started to realize by this point that most of the books I gravitated toward happened to be fantasy books. Sure, there were dystopians a-plenty during this time period (I believe the hype of an upcoming The Hunger Games movie sped up my need to read as much dystopian as well), but I read about the fae folk prolifically this year. A lot of these books were based on fairy tales. Wildwood Dancing mixed fairy tales and historical fiction in one story, and this was definitely a massive influence in the types of books I enjoy reading now. Marillier is not as big a name as McKinley, mind, so I think she deserves all the limelight in this case. 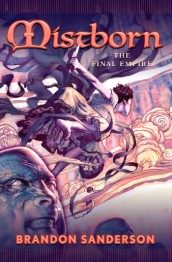 Mistborn: The Final Empire by Brandon Sanderson – After looking at all my favorites of the year (The Way of Shadows, Poison Study, A Clash of Kings, Mastiff, Fire, Daughter of the Empire), it’s clear I was in my high fantasy kick throughout most of 2012. It’s very difficult to choose a favorite from a slew of fantastic SFF writers, but if we’re going to talk about how much I appreciated reading about the worlds in each book, my hat definitely goes to the masterful Sanderson. To this day I still can’t get over how massive his Cosmere is, and how his Mistborn trilogy is but a fragment of his fictional universe. I enjoyed the entire trilogy, but my mind always goes back to the first book.

Honorary Worldbuilding Book: The Way of Shadows by Brent Weeks 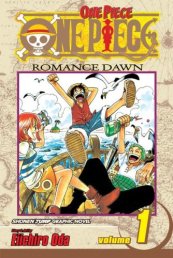 One Piece by Eichiro Oda – After all that high fantasy read in 2012, is it no wonder I started reading lighter things in 2013? Actually, I might also attribute this with me gaining some full-time employment that took up a lot of my time, which is probably why I moved on to graphic novels instead. This was where I’d gotten very prolific in my manga reading, and one of the series I devoured volumes at a time was definitely One Piece. I’d been watching the show since 2009, but it was really around this year and the next where I started following the manga as well. To this day I’m still not done, but I got through a good 60 volumes in the span of two years before I started slowing down.

2014 – The Werewolves Are Great Period 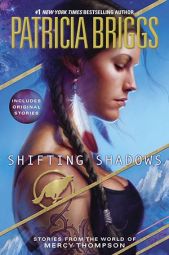 Shifting Shadows by Patricia Briggs – Up to now, I’d honestly been in Camp Vampire for a long time. I blame this on authors making vampires pretty attractive (even the sparkly ones), but also because I watched anime like Vampire Hunter D and Hellsing and was enamored with those psycho-crazy murderous bitches. Bad boys, am I right? Anyway, then I discovered Patricia Briggs and her pack of werewolves in the form of short stories (Shifting Shadows). And then I read her Mercy Thompson series back to back to back. And boy, did my allegiances shift then and there. Since then, I’ve been backing werewolves over vampires in every urban fantasy novel I’ve read and I do not regret a thing.

Honorary Werewolves Are Great Book: The Silvered by Tanya Huff

Uprooted by Naomi Novik – Don’t get me wrong. I’ve read just as many series in 2015 as I did stand-alones, but Uprooted was definitely one of my favorites. I had read Novik books previously, but this standalone novel was a cut above the rest. By 2015 I had been complaining about how many series I haven’t finished yet, and why oh why weren’t there more standalone books in the world? Then I get this book, and honestly, thank goodness for that.

A Gathering of Shadows by V.E. Schwab – This is pretty much the year I read too much Victoria Schwab and I REGRET NOTHING. Between rereading A Darker Shade of Magic or ripping into Vicious or stringing along to This Savage Song, there’s no denying her domination as one of my favorite authors in 2016. A Gathering of Shadows remains my favorite of her books, though I would definitely sing praises about the entire Shades of Magic trilogy as a whole. The fact that Tor renewed her contract so she can write more in her Shades universe is really something to look forward to in the foreseeable future as well…

Honorary NON-Schwab Book: The Wrath and the Dawn by Renee Ahdieh  (Honestly, I had to throw that in, just so you know I didn’t JUST read Schwab-esque things…)

Wishful Drinking by Carrie Fisher – Honestly, what with An Ember in the Ashes, A Conjuring of Light, and Silence Fallen, I’d have enough books to pick from as far as favorites go. And, if we’re going by the fantasy books I’d read in 2017, AEitA and ACoL are tied on that list. That being said, I read a lot of nonfiction during this year, and some of my favorites happened to be memoirs. Carrie Fisher’s voice is fantastic, and getting an insight into her mind was a welcome read in any case.

Honorary Memoir Book: Catch Me If You Can by Frank Abagnale 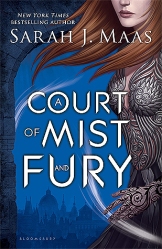 A Court of Mist and Fury by Sarah J. Maas – In 2015, I adored standalones. Three years later, I’m back to raving over sequels like nobody’s bizness. I read a lot of continuations in 2018, one of which was an ARC for a book scheduled for 2019 (The Winter of the Witch), and I loved every single one of them. No one is more surprised than I am at how highly I’ve ranked A Court of Mist and Fury, especially with the lukewarm response I made when reading A Court of Thorns and Roses. This is definitely not my first Maas book, but to be honest, it’s my favorite of what I’ve read of hers.

Okay. I did not think I could write this much about my favorite books per year, but there you have it! I AM NOT SORRY FOR RAMBLING.

What were your favorite books in the last ten years?