I’ve lapsed in watching the show after season 1, but reading the graphic novel really did make me want to get back on the wagon! I loved this book, so seeing it in several different mediums is always fun.

American Gods illustrates the idea that the gods of the old world followed their worshippers when they settled in the United States. Unfortunately, once people stopped believing in them, the gods get stuck, and they’re much less powerful than the “new” gods of computers, media, and technology. The story revolves around Shadow Moon, who somehow gets embroiled in this idea of gods and the fact that they’re about to wage war on each other. 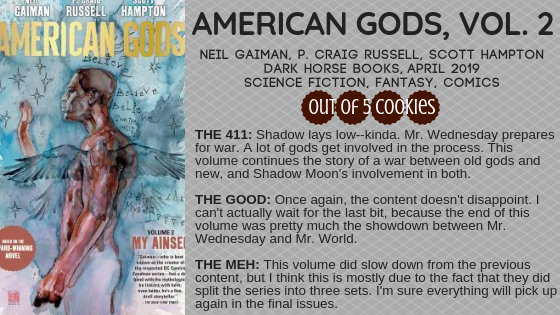 Have you read this series? What did you think?