Okay. SO. This was not quite as enjoyable as Scythe for the main reason that it got frustrating to read halfway through. But by a certain point I was certainly invested in the characters so that so-called ending shot my ANXIETY LEVEL SKY-HIGH AND I CANNOT DEAL.
NOTE: This book is the second in the Arc of a Scythe series, so it will have spoilers.

Humans learn from their mistakes. I cannot. I make no mistakes.

The Thunderhead is the perfect ruler of a perfect world, but it has no control over the scythedom. A year has passed since Rowan had gone off grid. Since then, he has become an urban legend, a vigilante snuffing out corrupt scythes in a trial by fire. His story is told in whispers across the continent.

As Scythe Anastasia, Citra gleans with compassion and openly challenges the ideals of the “new order.” But when her life is threatened and her methods questioned, it becomes clear that not everyone is open to the change.

Old foes and new enemies converge, and as corruption within the Scythedom spreads, Rowan and Citra begin to lose hope. Will the Thunderhead intervene?

Or will it simply watch as this perfect world begins to unravel?

I was actually warned about this book before I’d read it. I heeded the warning, but what my student failed to tell me was that things would get ABSOLUTELY WORSE and that I would constantly get angry at things happening. And I did. I so did. I don’t typically have high blood pressure, but in this instance, high blood pressure became a normal part of reading Thunderhead. 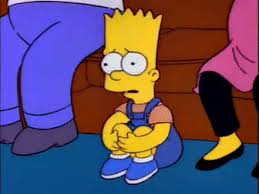 The story continues almost a year after the events of Scythe, but instead of a diffusion of the problems that were slightly resolved, things escalate for the worse, and not even the Thunderhead is able to do much about it. After all, the Scythe police themselves, and the Thunderhead holds no jurisdiction in that respect.

There are a number of perspectives in this book, much more than Scythe, because on top of Rowan and Citra, we have the occasional glimpses of the other Scythes as well as two additional POVs we didn’t have before.

To top that off, we also have the perspective of the Thunderhead. And that’s where things get a little crazy.

I tried to find a way to better review this book, but the best I could honestly do was to express the aspects of Thunderhead that had me ridiculously invested in the story.

In Which Mari Loses Her Shit…Several Times

She grabbed his arm. It was the closest she would allow herself to embracing him.

“I think you’re important, too, Rowan. In fact, I’m sure of it. So whatever you do, don’t let them catch you…”

Rowan as a “Scythe” – I will admit, reading about Citra and Rowan again made me extremely happy after how things ended in Scythe. Citra, however, has a more grounding narrative, and much of the story in her case is an extension of what is happening in the bigger picture of Scythe politics. That’s the kind of shit I love, but it doesn’t exactly send my blood boiling with anxiety. Rowan, on the other hand, is disillusioned and almost volatile in his actions, and I always found myself riveted by where the story took him. So when shit goes down and Rowan’s perspective brings him to dire situation after dire situation, I was up in my eyeballs with worry for the poor boy.

How ironic, then, and how poetic, that humankind may have created the Creator out of want for one. Man creates God, who then creates man. Is that not the perfect circle of life? But then, if that turns out to be the case, who is created in whose image?

Thunderhead as a character – The occasional Thunderhead perspective in Scythe was lovely. It added some pointed questions about the world the novel inhabits, and it further expanded on the rules outside of the Scythedom. In the case of Thunderhead, we get a view of Thunderhead’s views on the world at the beginning of almost every chapter–and thensome. I’m always wary of artificial intelligence, and in the world of Scythe, I found that there was much too much dependence on an AI that could very well decide NOT to be nurturing and beneficial to humankind. It’s certainly headed that way.

To deny humanity the lesson of consequences would be a mistake.

And I do not make mistakes.

For eff’s sake, guys. If that isn’t a frightening thought, then I don’t know what is.

And then there’s Texas.

Friggin’ Texas – All the events in Texas. Just ALL OF THEM. I swear I stopped reading for a while after Rowan ends up in lawless Texas. Not because of the fact that it’s lawless there, but…ugh. Things stressed me out every time a villain got revealed, especially when I spent half of that time cursing the book for not leaving characters ALONE.

That ending though – That finale was just a constantly eye-widening set of situations. When I thought things couldn’t get any worse, Shusterman continues to throw more bombs into the story, up until everything literally blows up in everyone’s faces. Seriously, how the hell is this going to turn up in The Toll is my question. Stupid cliffhangers. Stupid psychotic endings.

Seriously, though, I have no idea where The Toll is going to go, and how Shusterman is going to resolve the story, but I might have to riot if this whole story goes in the way of the dodo.
5 out of 5 cookies! Scythe still remains my favorite of the two, because it was just that good, and seriously, it didn’t give me as much heart palpitations (though I will admit that book also had me anxious to an extreme).

Have you read this book/series? What did you think?