The prompt this week is to list books I actually enjoyed but rarely talk about for some reason. I’m trying to figure out when this is the case, especially because I often do reviews for most books, but I suppose if I only mentioned them once and they don’t frequently show up in top ten lists, then that’s fine, right?

Yeah, I’m choosing to take it that way.

So without any other preamble, here are

Ten Books I Enjoyed But Rarely Talk About 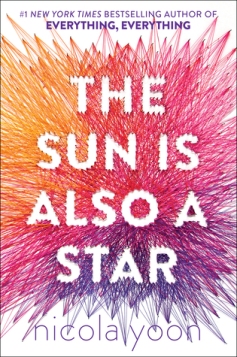 The Sun is Also a Star by Nicola Yoon – I did love this book, but that ending kind of wrecked me. Also, I don’t know why I actually don’t talk about this book, since it was entertaining to read and occasionally it’s one I recommend by word of mouth.

Catch Me if You Can by Frank Abbagnale – This was also another book I read after having seen the movie. I don’t normally talk about it, because there’s not much to say other than that I enjoyed it? 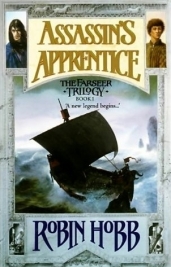 As You Wish by Cary Elwes – I do occasionally harp on about The Princess Bride, but I suppose I have often failed to mention that most of the information I get about the actors themselves stems from this memoir by Cary Elwes (who, unlike some Robin Hoods, can speak with an English accent…).

Assassin’s Apprentice by Robin Hobb – It’s been a while since I’ve spoken to friends who recommend high fantasy and epic fantasy series to me, but when I was on a high fantasy kick, this book came off as a very recommended read. I did love it! I mostly just forgot to get back to it, so I don’t mention it as much.

The Friday Society by Adrienne Kress – I actually often wonder if any other book came out of this, because I really did enjoy the ARC I read of this book. After perusal of Goodreads, it doesn’t look like Kress ever released anything else for this particular world. Sigh, that’s a shame.

Born Wicked by Jessica Spotswood – I had a great kick out of this book, though I don’t often talk about the Cahill sisters and thensome because I read Born Wicked during a year where most of what I read were YA books. That meant an overabundance of books dealt with similar types of characters, and the Cahills paled in comparison to the others. Still a good book, albeit it gets weird when time travel gets thrown into the plot. 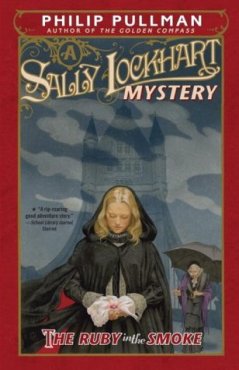 The Ruby in the Smoke by Philip Pullman – I’ve read maybe three of Pullman’s books, which is strange. Even stranger is my preference for Sally Lockhart versus Lyra Belacqua. Perhaps not so strange, because when I read the book, Sally was closer in age to me (in the second book) than Lyra was, and thus I could relate.

Ship Breaker by Paolo Bacigalupi – Another book that got lost amidst my reading of dystopian universes. All the same, I really did like this, and it struck me odd, because The Windup Girl was not my favorite.

The Oracle Betrayed by Catherine Fisher – This book dealt with ancient historical events, and I liked it for that! I also liked it that it was a completely different story from Incarceron, which, like the previous book on this list, was not my favorite–albeit it is the more well-known of the two.