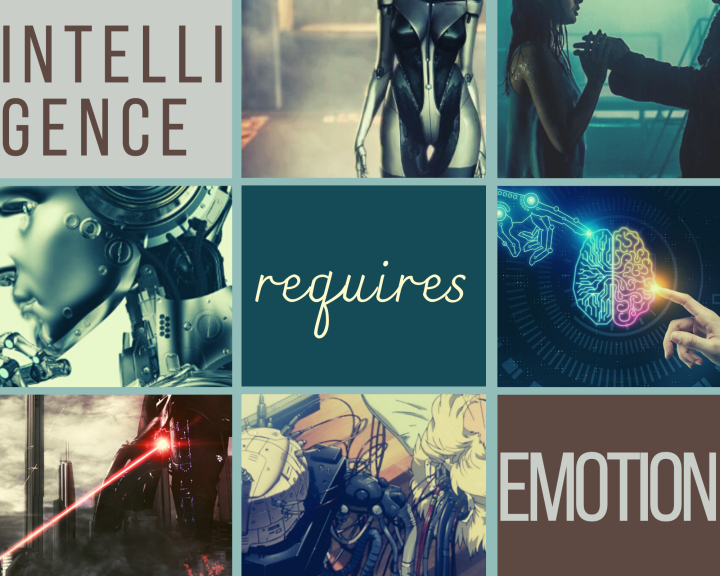 I’ve always been wary of AI, but then an AI mixed in with a different personality complex? Yeah, definitely worth wars being fought over.

THE GHOST AND THE MACHINE

Desperate to pay off her debts, Mandy agrees to have her mind mapped for a mysterious AI research project. She wakes in the forests of Demeter, hunted by a terror much older than humanity. Her shortcut to freedom soon becomes a desperate race for survival.

Rin is the avatar of a star destroying warship in search of redemption. Sentient nano-machines threaten to devour millions of colonists on Demeter, but she can’t stop it alone.

To end a billion-year-old war, Mandy and Rin must work together. But it might cost one of them everything. Can they learn to trust each other in time?

I received an advanced copy of this book on behalf of Reedsy Discovery in exchange for an honest review.

I had Mass Effect vibes reading this book, and it’s because every time I think of what Mandy looks like, she’s like the new-adult version of EDI with the advanced addition of very human features. None of the synthetic-ness of the OG EDI, that’s for sure. (But I still love my favorite ship-AI-overlord.)

Anyway, get ready for my blab.

Artificial intelligence is always a fascinating concept, only because there’s really no going around the fact that if an AI takes control, where does the humanity go? (Wiped out, most likely.) After all, AI is synthetic technology, created through code and overly-complicated algorithm, and yes, the brain is a neural pathway of synapses and sparks, but ethics and morality plus the idea of conscience and spirituality always get in the way of explaining it all through science. Garrison here tries to get around the dangers of AI cruelty by embedding his AI with human personalities, but unfortunately to the characters in the story, the AI are the bigger winners.

It’s not a new concept. Personality chips/models are used all the time to give AI a sort of checks-and-balances. And in The Ghost and the Machine, it was very reminiscent of putting an entire memory core in an AI a la JARVIS fusion into Vision (sorry, I also just watched most of the Marvel movies during my downtime). Good stuff, though somewhat problematic for me.

“Why do we have to be this way? Why can’t we be simple machines? Unfeeling things?”

Mandy frowned and looked to the side. “I think it’s because intelligence requires emotion. You’re not broken. This is the way it should be.”

I did like Mandy, though. I thought she and Rin hit it off the minute I found out why the book was titled The Ghost and the Machine (I like that it does play on Ghost in the Shell, though whether this was intentional, considering the concept of both stories…I don’t know). To be honest, though, much of Mandy’s and Rin’s interaction confused the hell out of me, because it felt like an entire dream sequence whenever they had a conversation. It got worse going further into the story, because we find out there are MORE avatar-things like Rin (ugh Atropos ugh), and I got even more ME vibes when I found out Rin was a frigging SPACESHIP (yes, this was mentioned in the story summary…but I honestly didn’t read too much into it at the time). I also thought of the Rampion in the Lunar Chronicles series and may have giggled over this fact.

All that said, the story was a grand space war, and while I appreciated the big picture, I thought it got super condensed, which is probably what made it so tiresome to read. There was a lot of politicking going on, and many factions were vying for the same tech, all the while still trying to fight off some kind of networked artificial intelligence whose sole goal is to gather and save information about everything–then destroying what they found (geth/Reapers anyone?). It all gets very confusing even to a scifi-mind, and something this massive could probably have done with a longer page count. I could have kept reading, to be honest.

The only thing I was sort of on the fence about was the romance. I get that it definitely humanizes Mandy even more as a personality, but that shit could have been done with Bailey as well. I thought the friendship with Sage in the beginning showed through like the friendship with Bailey would have done. Alex and Jazz-mir as mother figures were fantastic additions, albeit mostly sidelined and used just as an emotional plot point. Hunky arm-candy Cisco and his feeeeeelings just seemed superfluous at that point. Don’t get me wrong; I love me some romance, but the book could have done without. It also didn’t help that all the hook-ups–implied or otherwise–seemed to be heteronormative. (I mean, I’m not gonna rant over this fact because I believe in one way or another, but it seemed weird as a civilization thousands of years into the future to still focus on outdated gender norms. I mean, for all intents and purposes, artificial intelligence is strictly androgynous. How do you even CODE sexual preferences?!)

3.5 out of 5 cookies! Overall, was it worth the read? Yes. I enjoyed the ride I was taken on. I would have loved more backstory of this age-long battle, and could have definitely done with more of Rin’s POV, but ya know…