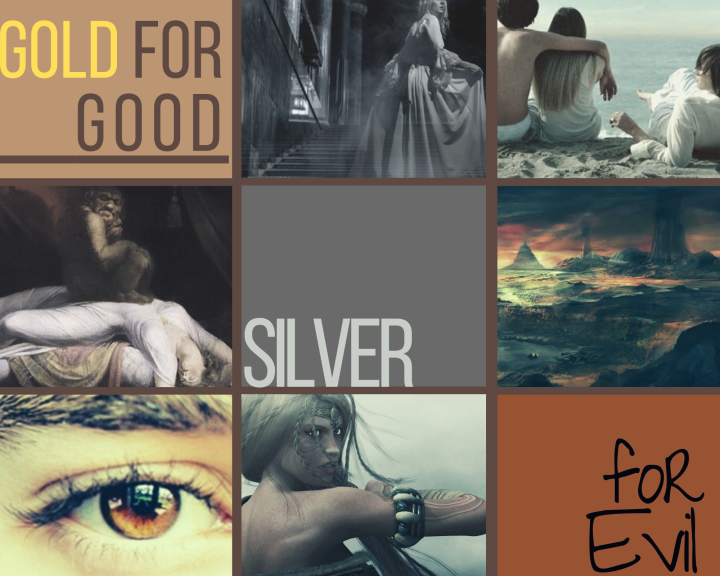 I honestly thought I’d be slogging through YA tropes that I didn’t want to slog through, but by the end of this, I was totally sold on this book/series/thing. It’s a fast paced urban fantasy for YA, and I’m only regretting that it isn’t more adulty because the thirst trap that is Tad. Yes.

RANGERS OF THE RIFT, SEASON 1

I didn’t choose this life. But I sure as hell choose who I fight for.

Emily Mars has one duty: ferry lost souls trapped in purgatory to whatever lies beyond. If that means falling behind at school, loving a boy she can’t have, and watching friends go to college while she stays behind, then so be it.

Because being a Ranger also means that when all hell breaks loose―like actual hell, actually coming through, with demons and ghosts and everything creepy―it’s her job to stop it.

But the shatter hits without warning, releasing fire and fiend. And with the shatter comes a curse and a kidnapping, and soon Emily must harness all her strength, risk everything she holds dear and break every oath, to save the boy she loves.

Young adult fantasy and I have a strange relationship. On the one hand, much of what I read and review is YA, and I enjoy them to bits. On the other hand, sometimes I spend too much time with young adults on a normal basis that I don’t really need to have to deal with the YA tropes in fiction as well. Especially those romance tropes, goodness me the romance tropes…

And yet, here I am, drawn to YA like a Vagari to a human soul.

I will say that Rangers of the Rift fits in with the typical YA I would be reading and enjoying. I will also say that there were things in the collection of stories that did make me cringe; I mean, come on love triangles! Not to mention the fact that here’s another female main character who disparages herself, thinks she’s “plain Jane,” yet there’s at least two attractive boys she almost can’t make her mind about. I do hate love triangles. And don’t even get me started on Emily being a potential Chosen One and boy, do I have just a teeny issue with that.

After each story, the characters grew on me, and I found myself utterly invested in the plot. That’s saying something.

Rangers of the Rift: Season One plays out like a television series. I don’t know if there’s any plans on trying to make it one, but I’d watch the heck out of it if that’s the case. The stories collected in Season One include four “episodes” and an extra preview with a fifth. Each episode builds up on the story of Emily Veronica Mars (hah, I see what you did there, River K. Scott!) as she solves several violent paranormal cases around town.

As an amateur/training Ranger, it is up to Emily to help ferry restless ghosts–or Waifs–from purgatory (or the Limen) to the afterlife. If Waifs get too restless, they have the potential of turning into Vagari, which is another way of saying “evil, evil spirit, nope nope nope!” As a Ranger, Emily cannot do the tracking and dispelling by herself. Along for the ride is her Sight, Tad Beasley, a formidable Seer who is tasked to work and protect his Ranger from the demons within the mortal realm.

The first episode, “Dying Ember, Olden Ash” gave little preamble to the worldbuilding and situation. As a reader, I was pretty much thrown into the middle of a place–which I hadn’t realized was a small town in Florida until I re-read the blurb–during a conflict I knew little about. It was as though I was reading the middle of an already established world and characters, and while I did appreciate that the story started out running, I was thrown in for a loop. At least, up until the later episodes where mysteries begin to unravel.

I will admit that it took the third episode, “Dark Moon Rising,” to really cement the stories for me. While I did understand the importance of the second episode, “Salt and Silver” to moving the plot forward, it was a very uncomfortable read, as it involved a situation that I more or less avoid in ANY fiction for trigger warning reasons. Moving past episode 2 took some time.

Funnily enough–and despite my general complaints of YA romance tropes–it’s the third and fourth episodes, “Dark Moon Rising” and “Dagger at Dawnlight” that became my favorites, mostly for the character-driven story that the whole series became. Both episodes had me bingeing the rest of the book in true Netflix-worthy fashion (which was definitely the author’s intent), and now I’m left wanting more.

I enjoyed the characters Emily interacts with in epis 3 and 4. I definitely freaked out a little bit when light was shed regarding Garrett and the whole Ranger business with the Limen. Good necromancy is hard to come by, you know (just ask any Abhorsen created by Garth Nix, they could tell you that).

I also loved that there were other narratives that were shown in the story; Tad and Garrett are absolute gems and we MUST PROTECT UNICORN TAD AT ALL COSTS.

Also, I think I am definitely partial to talking ravens.

4 out of 5 cookies! Definitely recommend if you’re into some fast-paced, YA deliciousness.