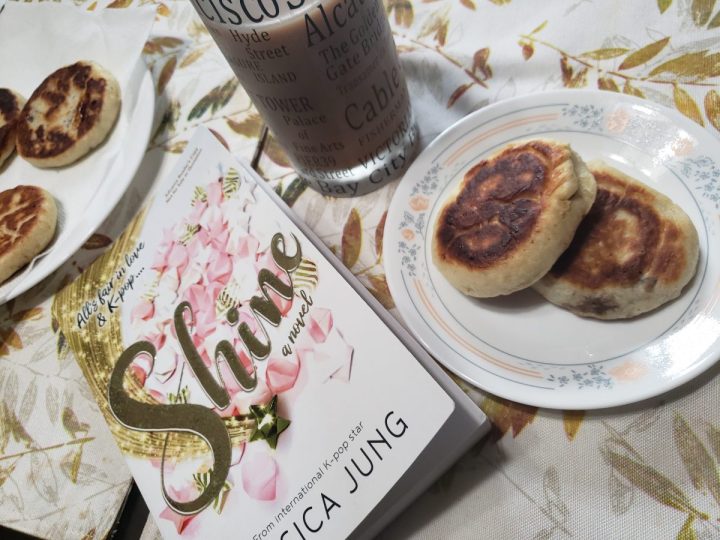 Here’s another first in a long while: actually reading an ARC well in advance of its publication!

So listen. Listen. I heard about Shine on Bookconline and was super stoked that I got lucky in the giveaway. Shine not only has epic teen drama and K-pop madness, it also has mention of a lot of Korean food. Every time I saw something that sounded interesting in context, I took note of it to try to decide whether or not I wanted to try making it. I haven’t finished the book yet as of writing this, so I’m sure I’ll encounter more, but hotteok certainly made me curious enough to make it.

“You were the one who mentioned ice cream,” Juhyun says.

“So?” Hyeri grins, giving her sister a soft punch on the shoulder. “You were the one who said, ‘Who can eat ice cream without hotteok on the side?”

From what I gather, hotteok is a Korean sweet pancake, though the use of yeast made me think of the toasted buttered breads my friends and I used to have for snacks. It’s quite literally bread, with a sprinkling of sugar and butter on top, toasted to a caramelized goodness. 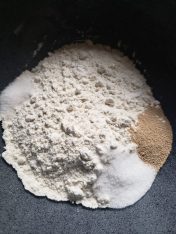 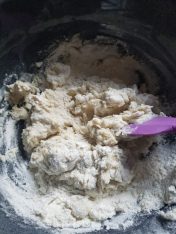 Hotteok is not buttered bread, but it was certainly still delicious as a snack. I can imagine it would also be good with ice cream, though I had mine with a milk-black tea concoction (all I needed was tapioca for bubble tea!).

What surprised me about making the hotteok was how easy it actually was to prep it. I don’t often make bread-y things, but when I do, I always worry that I’ve over-proved or under-proved dough. This was also the case here, though by the end of it, it actually wasn’t too bad, as it actually yielded the right amount of dough that the recipe said. 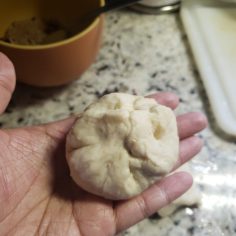 I used pecans as the nut of choice, though I imagine it’ll be just as good with almonds or walnuts. I’m just a pecan lover, is all!

Verdict: It hit just the right spot, and got done right on time for snacktime! It’s actually great freshly cooked, because the cinnamon sugar pecan filling was melted enough for the gooey center. All six pancakes disappeared within the hour. I would probably do this again and double the ingredients, especially if I’m feeding more than just myself.

Alright, talking about this just made me crave more hotteok. It’s a good thing I picked up more flour, yeast, and brown sugar on my last grocery run…