Back to this list of lists! I want a lot of book jobs, to be honest, and if I could, I’d be the Transfiguration professor and Head of Ravenclaw (who said Transfiguration profs have to be Gryffindors through and through anyway?). But I’m going to go with recent books I’ve read, so I don’t delve too far back into my list of books. Because I’ve read quite a lot by this point, so…

Ten Characters Whose Jobs I Wish I Had 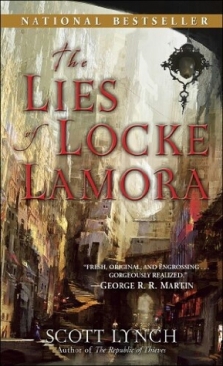 These Violent Delights by Chloe Gong – Okay, honestly, I don’t want to be anyone of the characters living in this time period, especially when there’s a “madness most discreet” taking place. That said, it’d be cool being Juliette Cai, Gangster Heiress. Because…gangster heiress.

The Martian by Andy Weir – Mindy Park had the best job at NASA–to watch out for Mark Watney on Mars. Yes, because this is what led her from computer engineering. But seriously, though, I’ve always wanted to work at NASA; how much more thankless could it be to what I’m doing now?

The Lies of Locke Lamora by Scott Lynch – If I was going for Gentleman Bastard, I’d want to be in Father Chains’ position. He’s the beggar priest of Perelandro…who is also a prime con man. Father Chains made quite a living being a conman, and honestly, I would have been satisfied in the role he ends up playing. At least he dies of old age. 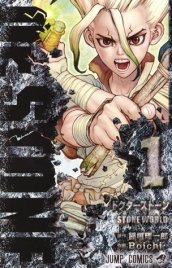 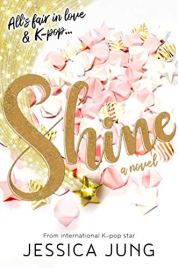 Dr. Stone by Riichiro Inagaki – Honestly, who wouldn’t want to be Senku, living in a world where he can recreate science in general? Actually, can I just be Senku’s apprentice, like Asagiri Gen sometimes is? I’ll even sing the manganese song if it comes to it!

Shine by Jessica Jung – Honestly, who doesn’t dream of being a K-Pop star on their off-times? Alright, probably not everyone…but this book had me getting all fired up reading about Rachel Kim and her goal of being in a K-Pop girls’ group. This is me wondering about how truly glamorous the K-Pop lifestyle really is. Also, I listened to a lot of Blackpink right after. A LOT.

Ninth House by Leigh Bardugo – I don’t know if any of the stuff in Ninth House can be considered a “job,” since they’re all in college and, er, they’re just part of societies? Anyway, Dawes as the researcher in the Lethe House. She has a more cushy job than, say, Darlington or Alex, but magic without risk is still magic, and I’d like to not be a demon or get sorta killed along the way, mmkthanks.

Smoke Bitten by Patricia Briggs – Honestly, this could have been any other book in the Mercy Thompson series, as long as it involved Uncle Mike. Uncle Mike runs the fae bar in the Tri-States, and encounters many of the fae around the area. I’d honestly just want to be the shoulder that Baba Yaga talks to when she’s hanging at the bar. 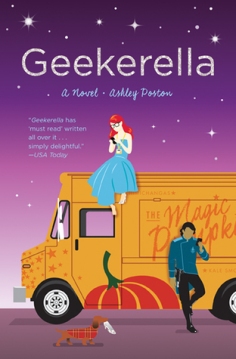 Red, White, & Royal Blue by Casey McQuiston – I know it was probably such a stressful job, but I’d totally jump in for Zahra Bankston’s job. She is the Chief of Staff for POTUS, and also has to manage the POTUS’ children, which is work in itself already. All the same, the way she carries all that weight on her shoulders, and still manages to have a personal life, is really commendable.

Thunderhead by Neal Shusterman – No, I don’t want to be a Scythe. Actually, I’m scared of the power the Scythedom actually has over people. The control of life and death? Yeah, I’d probably go the Scythe Rand route, and that’s never a good thing. I say this as I go ahead and tell you that I’d like Thunderhead’s job, LOL! But, I mean, COME ON. It’s a supercomputer that begins to think of itself as a god by the end of this book. If anything, I’d want to take its job…for the greater good…

Geekerella by Ashley Poston – I want Elle’s job in both Geekerella and The Princess and the Fangirl. I just want Elle’s job, period. It has absolutely nothing to do with Darien Freeman or anything…or the fact that she’s a sensational science fiction blogger/reviewer with a fanbase. I mean, who wouldn’t want that scifi-convention kinda lifestyle?

Did you have any book jobs you wanted to have?

One thought on “TTT: Book Jobs I Want”