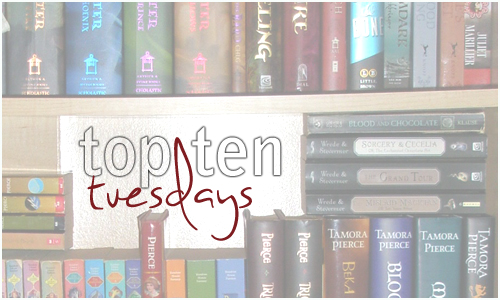 The book meme is courtesy of The Broke and the Bookish, which I thought I would go ahead and do because I actually enjoy lists. And books. Lots of books. Even when I haven’t read a lot of what I own yet…

Update: The mantle of the Top Ten Tuesday meme has been passed on to That Artsy Reader Girl.