October was filled with a lot of food, family, and friends. I thought my holidays would be busy, but turns out October is one of my busiest months yet, what with the baking for three (no, four) sets of birthdays on top of all the gatherings I ended up going to. Honestly, I don’t even think I read much this month or did a lot of book blogging, to be honest.

More DNFs, honestly, I’ve had a lot of those lately. It’s mostly because I’ve decided that I’d rather move onto a book I might actually enjoy than stick around for something I’ve lost interest in.

On a more fantastic note: I FINISHED THE WAY OF KINGS, YOU GUYS. Purple star stickers for meeeee!

Gone Girl by Gillian Flynn || The Long Earth by Terry Pratchett and Stephen Baxter || The Way of Kings by Brandon Sanderson || Blood Red, Snow White by Marcus Sedgwick || The Help by Kathryn Stockett || Career of Evil by Robert Galbraith

I meant to have finished The Diviners by Halloween for a Halloween review, but I also hadn’t expected my weekend to get super-busy. Sigh. 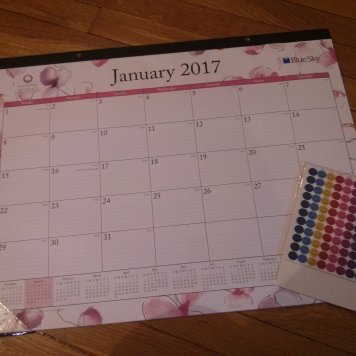 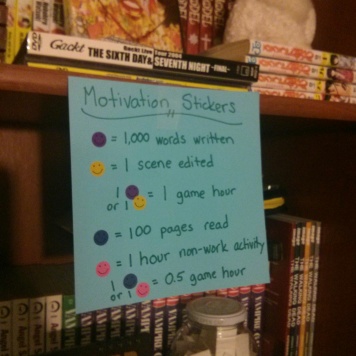 Didn’t actually get through a lot this month, mostly because I spent my TV time watching actual TV shows. But I did sneak a few Shocktober films in, along with animated stuffs. BTW, Kimi No Na Wa was SO GOOD, YOU GUYS. I love Makoto Shinkai.

Justice League: Season 2 – Some of these episodes are friggin’ hilarious.

Midsomer Murders: Season 10 – What…how did I end up watching 10 seasons’ worth of this?!

Sherlock: Season 3 – Did an entire Season 3 re-watch in lieu of new Sherlock coming up in January. Always fun to have in the background while I decorated cake.

Steampunk’d: Season 1 – Netflix had this and I was all “YESSSSS.” Then I got to episode 3 where 10-12 people were trying to interpret “Asian Steampunk,” and I was all: “OH GOD HALP.” I’ll still watch it, though, because I love what the artisans are doing. And those clothes!

Stranger Things: Season 1 – I…totally marathoned the entire season on a Saturday. No regrets. It was SO GOOD.

Marvel’s Daredevil: Season 1 – Admittedly, I watched the first episode and didn’t think much of the show. Past the first few episodes, though, things did pick up, and I’m almost done with season 1!

Westworld: Season 1 – Holy frell. This show is AWESOME. And mind-blowing. And and and…I NEED MORE.

Dragon Age: Inquisition – Yep. Back to this game again. I would say I need a different game altogether, but my November is going to be spent writing, so probably focusing on one game is just fine for now. Even though I must have played this a gazillion times by now.

I feel like this is where the majority of my life went for the past few weeks, LOL! No, seriously, I’m a glutton. I make no apologies for it, and I must have gone through several aspects of different cultural food within the month. That’s a lot, even for me. I will be doing a Food and Fandom post regarding the Hodor brownies, but for all intents and purposes, that happened in October.

That said, I don’t think I’ve actually eaten much of what I baked. I have, on the other hand, done enough drinking to last me until Thanksgiving. Yep. I am super stoked over Netflix doing A Series of Unfortunate Events. I actually liked the movie, so was a little bummed that they never kept going with it. Definitely another show to look forward to in 2017.

Power Rangers remake. Hmmm. Well, the CG is fantastic, at least? I’ll hold judgment for when I actually see the movie.

There was a lot of hullabaloo regarding the Disney Mulan remake, especially when a leaked script detailed a white male lead as Mulan’s romantic interest (which has since ceased to become reality). Hell, when I heard about the remake, my reaction was to roll my eyes. I mean, honestly, after movie producers and casting directors already butchered the Ghost in the Shell project, I didn’t have high hopes for Mulan getting any Asian casting. There are articles saying this might change and that the entire main cast of Mulan will be Asian, but again, not holding my breath until an actual cast list goes out.

I still haven’t finished my playthrough of Bioware’s KOTOR, and I’m not a big MMO player, but holy WOW. This Star Wars: The Old Republic trailer already tells a beautifully tragic tale. And it took less than 7 minutes to do so.

There’s really only one thing to say about more wizarding world installments: YESOMGAHPLSMOREQUEENROWLING.

For those who’ve got a fantasy novella they want to dust off and query away, some lovely news coming from TOR.

For those who’ve got little writing voldies with great science fiction writing minds, Dreaming Robot Press has something fun!

Ermahgerd. Now it’s time to get back to work. Happy NaNoWriMo!