This is me not procrastinating my writing. No, really!

Okay, fine, so I am. But it’s clearly because I wanted to share the latest geek-project that came out of our ovens this week (well, technically last week, but who’s counting?!).

When you play the game of thrones, you win or you die. There is no middle ground.

You tell them that, Cersei.

Ho-hum. Anyway, it was my cousin’s birthday on Jan. 24th, and my sister and I had already planned that his cake be Game of Thrones-themed. Now, mind you, he’s more of a Targaryen-toting fan, what with Dany’s dragons and everything, but that said, we thought it would be kind of epic to make our own version of the Westerosi Iron Throne. So we embarked on the quest of epicness.

After the last time, we decided since there wouldn’t be that many people eating the cake (and it took forever trying to finish the Fallout one in November), one batter would hit the spot. The choice of cake mix was a triple chocolate fudge. Yes, cake mix, because if I’m decorating cake, I’m refusing to do anything from scratch. Not yet anyway. The cousin likes chocolate, and it just sounded AWESOME. Yeah.

Admittedly, it took me a while to find the icing. Only because I had a difficult time trying to decide whether the crunchy stuff was a peanut butter base or regular graham crackers. I figure it was worth taking the chance, so I got a smores frosting. The graham cracker crumbs–yes, they were indeed graham crackers–got spread in the middle of the cake, along with the frosting. Nummy. 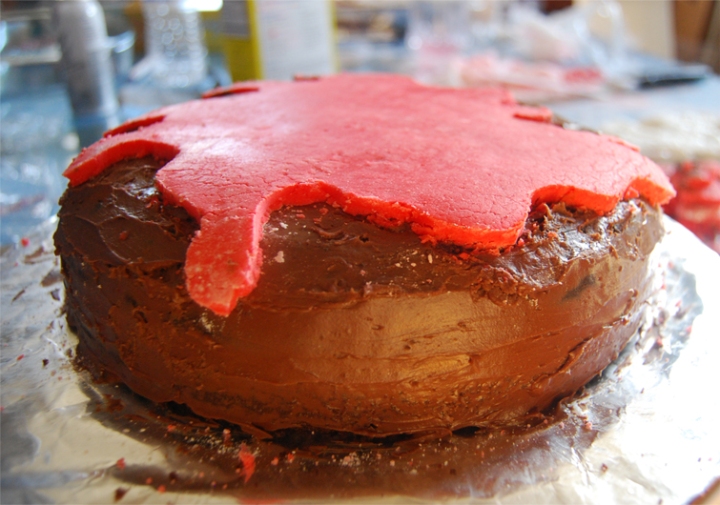 And this is where things kind of went wrong. Unfortunately, the fondant I had been working on didn’t exactly set correctly. And when I mean it didn’t set correctly, I mean that it had almost no “glue”, so when I did try to roll and smooth it out, it kept cracking. So instead of the white base with painted blood that we’d planned on doing, my sister and I went on to “Plan B”. 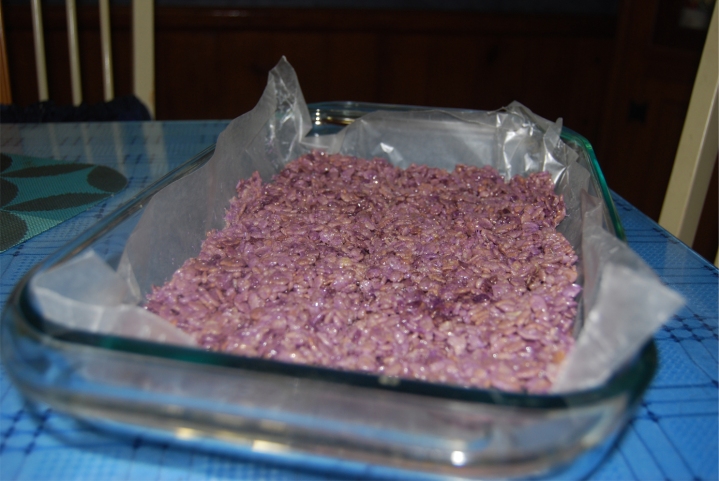 Which involved the major utility of these rice krispies treats. Colored purple due to the ube/purple yam extract (sister’s doing, and it was deeeelish). 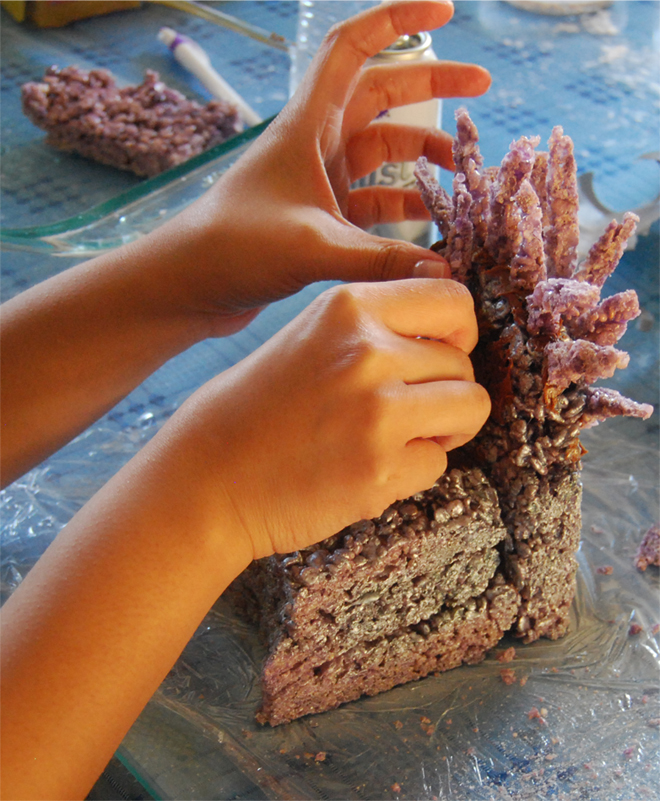 And clearly, she’s also the one trying to form it. While I watch and cheer her on. Or mope about my fondant. I think it was one or the other (or both). We did at least have an edible silver spray, so the “throne” was at least silver, and iron-looking by the end of it. (And thankfully, I’d taken pictures of it BEFORE it started to get into a sad, pathetic state of droopdom and disarray…).

In any case! The cake was delicious, we played a bit of the Rains of Castamere while the cousin blew the candles out, and the Iron Throne was quickly taken down and eaten. Along with the cake itself, which hit the spot. Yep.

2 thoughts on “Food and Fandom: The Iron Throne”