First off, shoutout to my infuriatingly wonderful sister Vida for surviving another year of familial torture. Considering who she has to deal with at home, she deserves some credit for continued existence 😉

That said, I think she got her revenge when she turned around and told me what cake she wanted for her birthday. I mean, I have a hard enough time decorating a regular layered cake. But she wanted crepes. Layered on top of each other.

DO YOU KNOW HOW HARD IT IS TO MAKE CREPES WHEN YOU’VE NEVER DONE THEM BEFORE?

On top of that, the recipe I wanted to use (chocolate crepes with raspberry cream sauce) wasn’t feasible, because raspberries aren’t really in season right now, and I don’t like using frozen raspberries. So I settled for a chocolate crepe cake with hazelnut cream.

Which sounds pretty damn good as well, especially when you’re using Nutella as the cream.

Which sent me to my next problem, which was making the crepes. 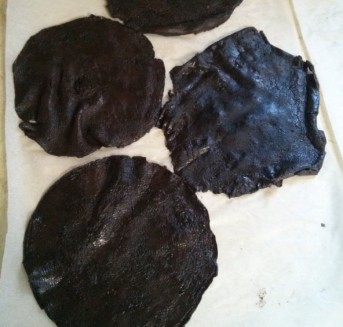 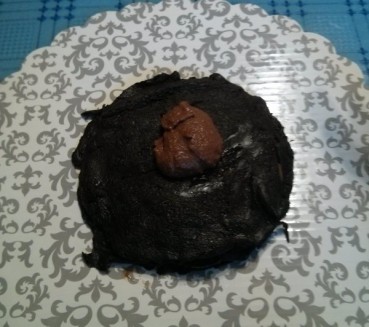 Make note: DO NOT try to make crepes on a wide metal pan. Unless you’ve done this and know what you’re doing, I suppose. I had to scour the kitchen for the smallest non-stick pan we had, which, fortunately, we did have at the very back of the cupboard. It took me four tries to finally get a decent circle going on.

Also make note: The hazelnut cream recipe I’d followed listed only whipping cream (blended so that it formed stiff peaks) and Nutella. If you don’t want your cream to start melting into a liquidy chocolatey mess, ADD A STABILIZING AGENT. While the hazelnut cream tasted splendid, I could have done with a thicker, creamier texture. I believe this could have been remedied by adding a tablespoon of pudding mix.

Once the crepe cake made it to the fridge, and once it cooled a bit more, it did regain some semblance of shape. Still, it was problematic in keeping form once all the crepes were stacked up.

This cake is TINY, by the way. Which led me to make Sailor Moon-inspired sugar cookies. 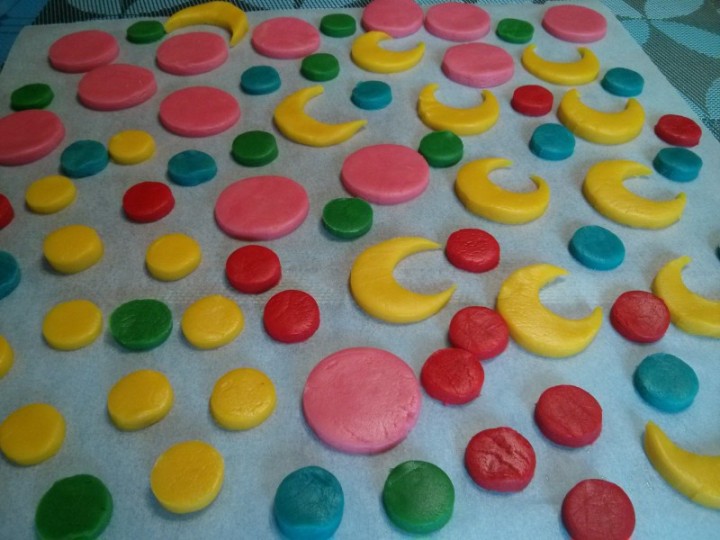 I wanted to do something Sailor Moon-y because my sister and I loved this anime when we were growing up. I’ve yet to watch the reboot, but my sister was a bigger fan of the original version, so I’m not sure I want to prioritize the show right now.

The cookie inspiration and recipe came from Eugenie Kitchen. I liked the recipe itself because it’s not too sweet and the shape of the cookie stays the same. I also loved the rainbow hearts idea, and figured I could translate it with a different design.

Unfortunately, I went in over my head, and my original attempt at a brooch didn’t work out so well. Instead I regrouped and redid my crepes cake. I opted out of the chocolate glaze recipe (because honestly, that would have been way too sweet, and I wasn’t having much of a sweet tooth yesterday), so I felt the crepes cake alone was too simple. I added the cookies around the cake, and my sister wanted to put the full cookie on top, because colors. 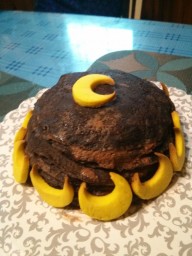 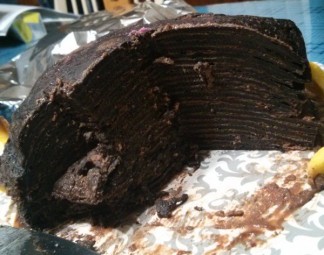 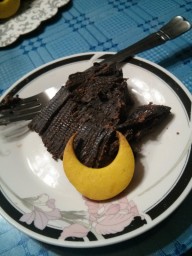 Verdict: A few hiccups later and hours of celebrations, I think it’s safe to say that the cake came out pretty well! And the layers looked awesome after cutting into them, so I’m pretty proud of that.

I WILL have to do a raspberry-lemon version at some point, because I think that would be absolutely fabulous.