If you’re going for Gossip Girl meets Crazy Rich Asians meets K-Pop, then look no further! I really enjoyed this ride, despite the sometimes cheesy dialogue, often cliche character situations, and the highly-disturbing-but-probably-ingrained in-a-sliver-of-truth double standard of men and women in the K-Pop industry. (Though, I find this double standard is almost universal still, so I’d say “music industry,” but let’s not open that can of worms right now.) I was actually not familiar with Jessica Jung or Girls Generation until I looked them up (until recently, my K-Pop knowledge and exposure had been mostly ’90s to early 2000s), but after delving a little bit into the background of the book itself, things are definitely a bit more…juicy. And sad. But mostly juicy.

Shine is definitely geared for a sequel or two, and I am totally looking forward to reading what’s in store for Rachel Kim!

What would you give for a chance to live your dreams?

For seventeen-year-old Korean American Rachel Kim, the answer is almost everything. Six years ago, she was recruited by DB Entertainment—one of Seoul’s largest K-pop labels, known for churning out some of the world’s most popular stars. The rules are simple: Train 24/7. Be perfect. Don’t date. Easy right?

Not so much. As the dark scandals of an industry bent on controlling and commodifying beautiful girls begin to bubble up, Rachel wonders if she’s strong enough to be a winner, or if she’ll end up crushed… Especially when she begins to develop feelings for K-pop star and DB golden boy Jason Lee. It’s not just that he’s charming, sexy, and ridiculously talented. He’s also the first person who really understands how badly she wants her star to rise.

K-Pop resurgence has taken the internet world by storm, but all it really did was take me back to when I was a ’90s kid and not only listening to mainstream pop, but also a lot of K-Pop and J-Pop of that day. So a lot of Rachel’s narrative in the beginning–about living in NYC as an Asian who felt just a bit out of place and turning to K-Pop for comfort–had a bit of resonance. In my case, my solace was anime.

Now let’s be clear, this book at its core is about as trope-y as you’re going to get. Girl has a big dream, works hard, ends up in a girl group, gets in trouble despite how hard she works, falls in love, finds herself in all sorts of hijinx, and eventually, somewhere along the way, becomes a star. 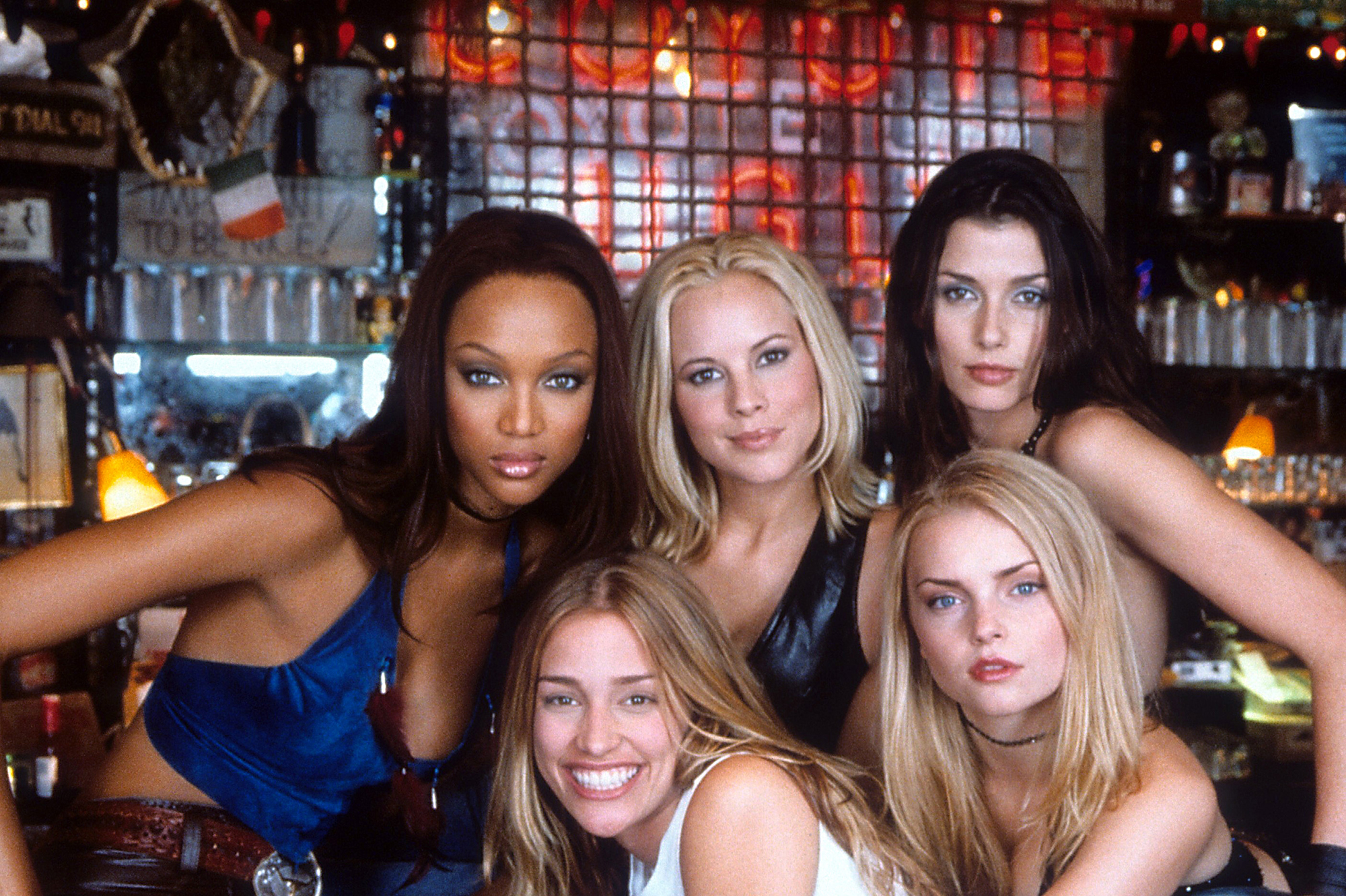 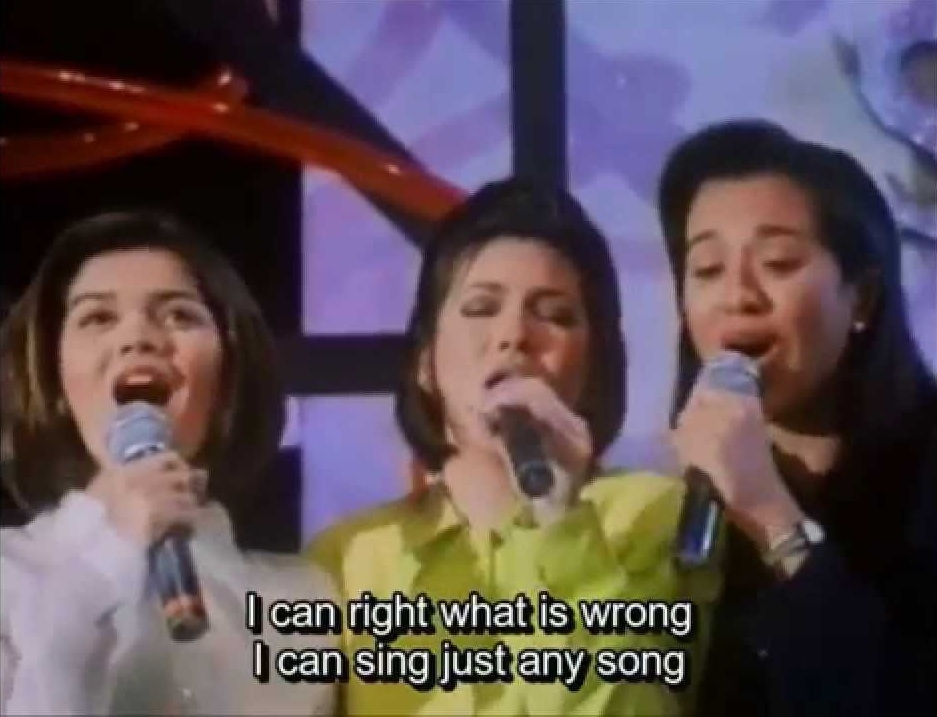 (Really big kudos to anyone who can identify the last picture–a Filipino classic, and the song still makes me cry.)

Except, you know, this drama happens to be Korean.

And in every aspect, my expectations were met, and they were met in an enjoyable manner.

You know what? The description works so appropriately I can’t even. It is exactly how I would have described it to someone given the chance. Shine has its fair share of crazy rich Asians living the dream in Seoul, which is pretty much the hub and heart of metropolitan South Korea. The book also has its fair share of backstabbing, toxic drama. And it has romantic hijinks, with a love interest that’s, er, somewhat thick in the head IMO (yeah, sorry, Jason Lee, I wasn’t a fan of you).

The music industry has never really been a very healthy place to work, especially as a female pop entertainer, even going as far back as pop music was even conceived. So I’m not surprised that there was a lot of toxicity happening behind the closed doors of DB Entertainment (the music industry in this fictional South Korea–though you’d have to be really unfamiliar with K-Pop to be unaware that the reference to SM here is strong). What alarmed me is the blatant difference between male entertainers and female entertainers in the K-Pop industry. And holy wow, it’s a big difference.

Rachel Kim is Shine’s protagonist. A hard worker and a Korean-American, she is constantly belittled by her fellow trainees–who, for some reason, are all catty and petty–and finds that balancing school and trainee life is almost impossible. She has one female friend in the DB trainee program, Akari–not fully Korean (she’s half Japanese)–who isn’t doing so well in the program. Just from this aspect, there’s clearly some underlying bias against outsiders. BUT WAIT. Jason Lee’s also a halfie (more so, because unlike Rachel, who’s fully Korean who just happens to be born in America, Jason is half-white and half-Korean, born in America), so why is everyone going batshit insane for the guy in a good way?

Yeah, I call double standard foul. What really killed me just a bit is how Jason as a character isn’t even aware of this, when there were multiple times in the book where this is blatantly being pointed out. In his face. With Rachel–and occasionally Mina–being there. My guy, check your privilege.

Also, he had really cheesy pick-up lines and I can’t believe half of them worked. Ugh. Barf.

(I do want to add that despite my general dislike of how Jason Lee’s character played out, he wasn’t the worst that Rachel encountered. That honor goes to the general public. A lot of the fan reactions in the book added to the toxic environment that the company executives seem to not only exacerbate, but rely heavily on. So shame on them for the fat-shaming and slut-shaming, and in general, just being despicable human beings.)

Did I already mention that Shine has a lot of drama? Because it really does. It has every bit as much scandal as Gossip Girl, including underage drinking, blackmail, and powerful figures who should have been castrated on the spot (oof, a little much, me?). It also lets us live the Crazy Rich Asian high life of Southern Korean celebrities and entrepreneurs; much of the book takes us jet-setting to Tokyo, luxury South Korean resorts, and even briefly back to the Americas.

And you know what? I enjoyed every minute of it.

But be warned: this book is definitely gearing up for a book 2. I’m all a-tingle as to what will happen next for Rachel Kim!

4 out of 5 cookies! This book was a ride, a dramatic one, but still a ride.

Shine comes out end of September, 2020. I definitely recommend it!

One thought on “K-Pop Drama to the Core || Shine Review”