Well, 2014 was pretty busy, considering I spent most of it writing, reading, and, well, getting acquainted with my new job (which includes dealing with germy, germy three-year-olds who have gotten me sick at least three-quarters of the past few months so far…). At the beginning of the year, I had set out to increase the amount of books I was reading on a regular basis (not that the past few years have been lazy or anything). I had also set out to be a bit more active in my blog. For which the 25 Reads Project emerged. 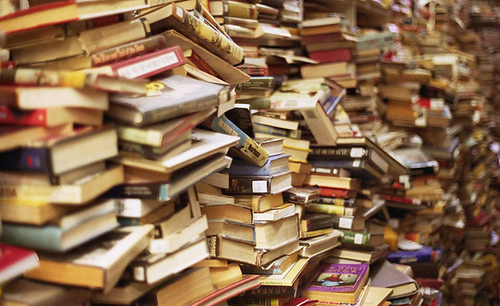 While I did reach my 50-books goal (actually, I surpassed that goal by over 20 books by now…), I didn’t exactly finish my 25 Reads Project. And I certainly didn’t review all of the ones I did read (because I just either couldn’t bring myself to rant about it or I really regretted picking it up in the first place), though that was certainly my goal. Just to hash it out, general stats on my 25 Reads of 2014:

*Number is probably higher, because I technically counted series as one entire entity (so the Mistborn trilogy consisted of three books, and the Protector of the Small series consisted of four, etc.)

It seems like such a small sampling of things that I’d read, but as I said, I did manage to surpass my reading goal of 50. Might be because I signed up for Netgalley this year, and also went a little bit crazy on the Goodreads giveaway stuff. So that practically adds in another 11 books into my list of book reviews.

So total of Books Read and Reviewed on my blog this year? 26. So I guess it worked out! XD

Anyway, enough with the stats! I’m here also to take on a new 25 Reads Project, as well as a TBR Pile Challenge hosted by Roof Beam Reader. I figure I could kill two birds with one stone, doing my personal project as well as participating in a blog challenge hosted by someone else (plus, it looked like fun).

Mari’s Must-Reads of 2015
(in no particular order)

(+)* denotes that I’ll likely read the rest of the series before reviewing it on the blog, though this may not necessarily be the case. I could always change my mind about this, depending on how long it’ll take me to pick up the series sequels.

I carried most of my unread books of 2014 over to the 2015 list, because hey, I really do intend to read them, so there you go!

1. Steelheart, by Brandon Sanderson
2. Assassin’s Apprentice, by Robin Hobb
3. The Forest of Hands and Teeth, by Carrie Ryan
4. Daughter of the Forest, by Juliet Marillier
5. The Shadow of the Wind, by Carlos Zafon Ruiz
6. Nobody’s Princess, by Esther M. Friesner
7. The Iron King, by Julie Kagawa
8. Clockwork Angel, by Cassandra Clare
9. The Way of Kings, by Brandon Sanderson
10. The Name of the Wind, by Patrick Rothfuss
11. I Am Number Four, by Pittacus Lore
12. The Disappearing Spoon, by Sam Kean

I’ve put up a Master List for both my 25 Reads Project and the TBR Pile Challenge, but there ya go. Now we’ll see how much I actually get read in light of the fact that I also have Netgalley books I’ve signed up to review, and there’s also my book meandering depending on my mood…so…yeah.